Ammunition in popular calibers has become hard to come by due to interruptions in the supply chain, local retailers say. 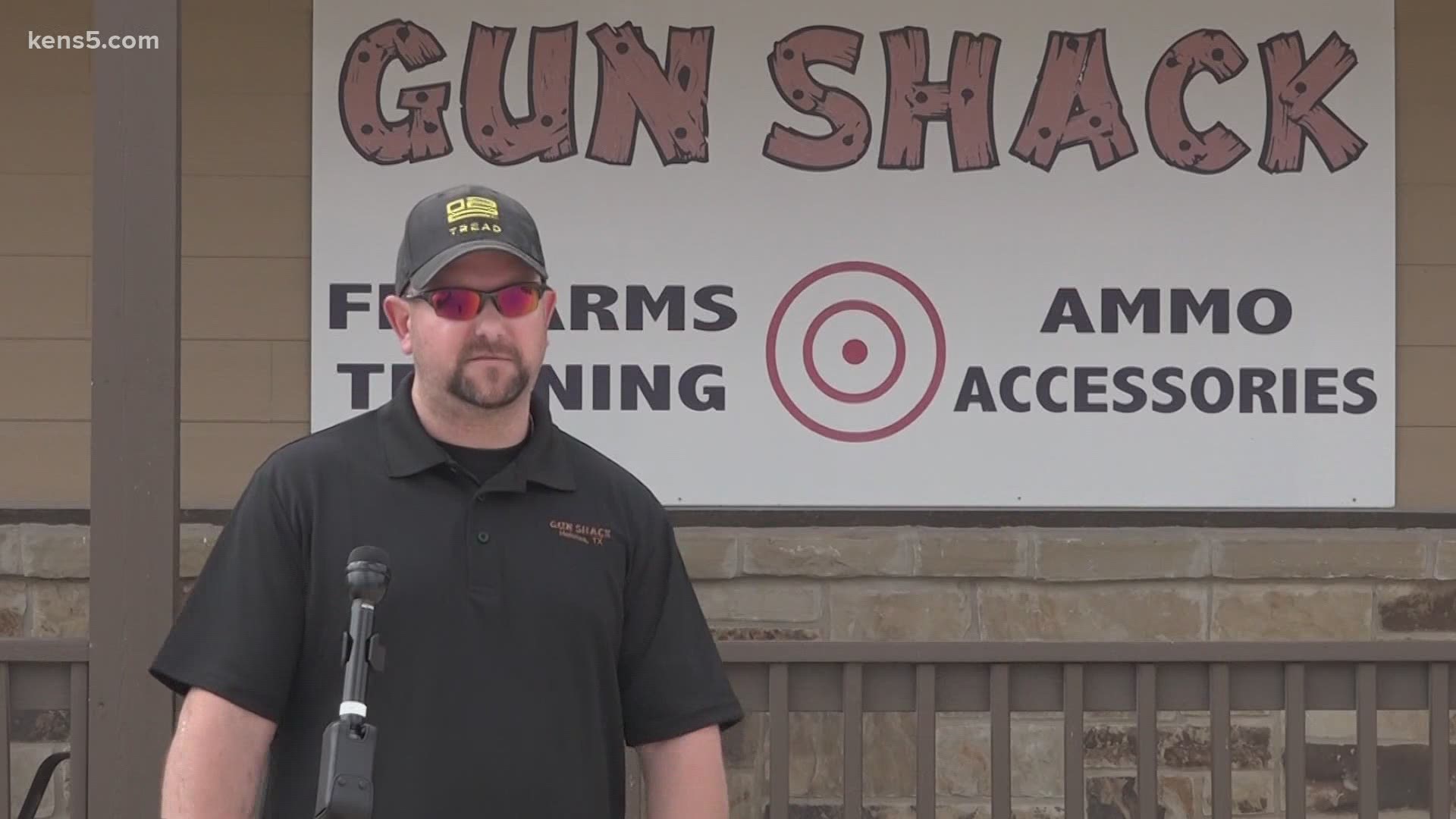 Wolf Laughlin, manager at the Gun Shack in Helotes, and John Dury, vice president of Dury’s Gun Shop, said ammunition for the most popular calibers has grown hard to come by. When either shop does receive ammunition, they say it’s quickly bought up.

“Because of COVID, the supply chains got shut down for places to get raw materials for primers, powder, bullets,” Laughlin explained. “Therefore, there's no ammunition coming out. It interrupted the supply chain. With the spike in demand, as well as the decrease in supply, it's created a perfect storm."

Laughlin said many mines from which raw materials for ammunition are sourced were shut down due to the pandemic, causing a break in the supply chain. On the other hand, Dury said much of the ammunition his store purchases comes from overseas, where many countries imposed lengthier and more severe shutdown protocols than those in the United States.

Adding to an already stressed supply of ammunition, both said they saw a surge in first-time gun-buyers at the onset of the pandemic, largely due to concerns over personal protection.

“When you see that there's no food on the shelves at the grocery store and these people that have no ways of protecting themselves, they don't know what's going to happen, how desperate it's going to get, if people are going to start robbing them for food or whatever,” Dury said.

Laughlin said his buyers were "worried we were going to go into some kind of weird, post-apocalyptic 'Mad Max' scenario and nobody was gonna be able to survive this because of it.”

Laughlin said business has been steady since March, but Dury said there was a lull in business which kicked back up in recent months with protests calling for divestment from law enforcement and reforms in policing.

"All the stuff about defunding police and the police not being able to get there and being busy with rioters, the people are just trying to protect themselves,” Dury said. “It’s really not a hoarding issue. It's a personal protection issue right now.”

Dury said that last week his store received nearly 70 boxes of 9 millimeter ammunition and had sold out by lunchtime. Despite the growing demand, he said his store takes pre-paid orders for individuals.

The issue isn’t unique to local firearms salespersons. On Thursday, several were lined up outside of Academy Sports and Outdoors. Many patrons knew that was the day when the outdoors chain restocked with ammunition in popular calibers.

“Even with limitations on how much they can buy, people are just running in, buying it off the shelves and it's gone by 10:01 when they open at 10,” Laughlin said.

Laughlin said it’s important for those who are considering pulling the trigger on a firearm purchase to seek training.

“A firearm is not a magic talisman that's going to protect you,” Laughlin said. "Just because you have a gun does not mean you are safe. You need to know how to utilize it. It is a tool."