'When you know yourself, you can rise above anything' | Local coaches on race in America, Part 4

This is the third part in an ongoing conversation. 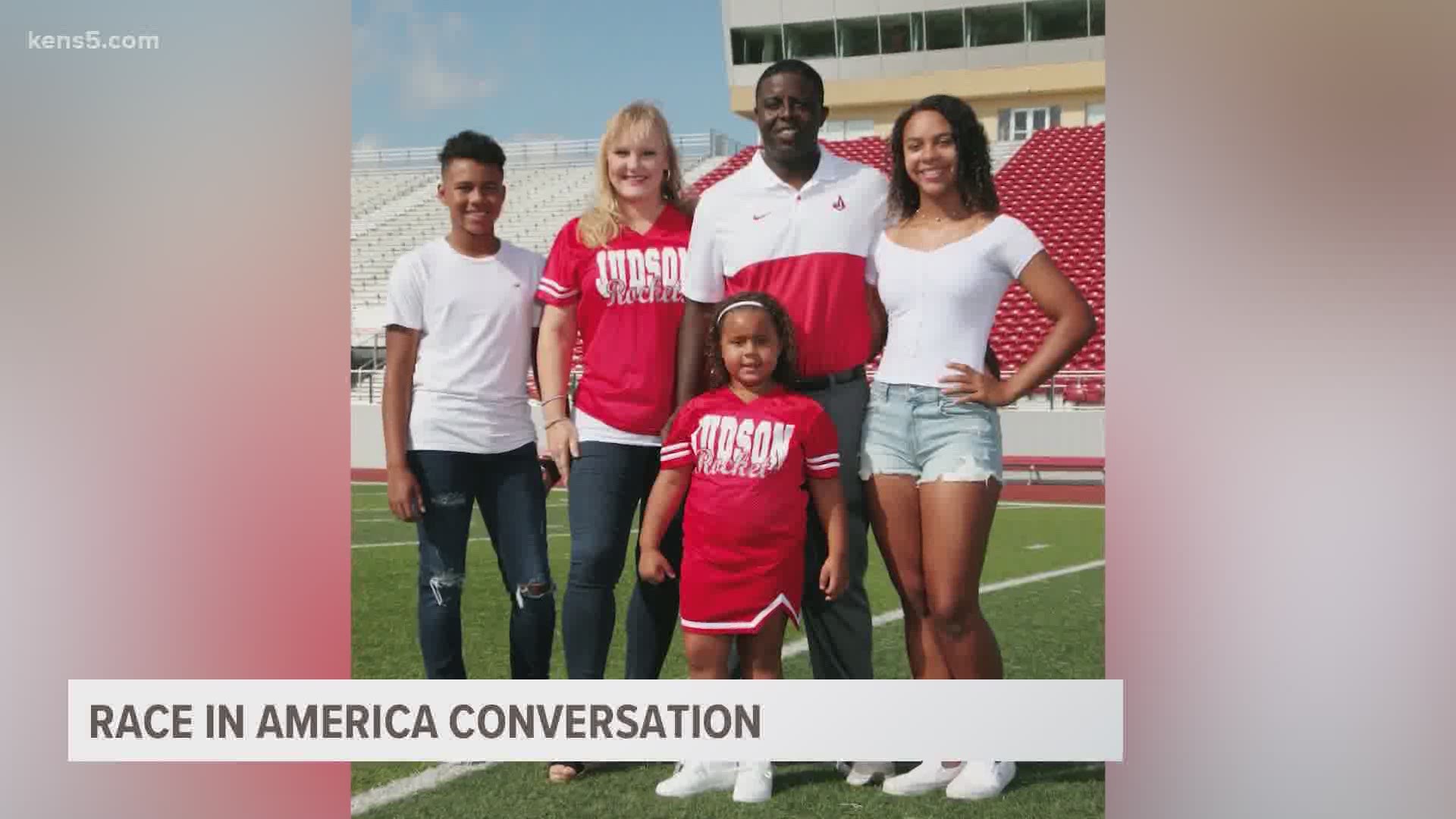 SAN ANTONIO — Note: This is the fourth in a seven-part series of conversations with Black San Antonio-area high school coaches and their wives about race in America, the impact of local protests nationwide and what they expect going forward.

This part of the conversation focuses on confronting racism.

Do you feel like you guys have ever had to confront racism head on your life together?

Rhonda Williams, wife of Judson Head coach Rodney Williams: "Yes. In the end, we are happy, we’re a happy couple. You just rise above it and move on, and understand that other folks have beliefs one way, so we just try to associate with the good folks in our community."

Melanie Boykin, wife of Stevens Head coach Anthony Boykin: "There is one specific time when we went to Natural Bridge Caverns, and we’d just been married, and our older son was in the backseat, the car seat. We got pulled over, and we couldn’t have been going more than 40 mph, because that car, I mean, we were just starting out as newlyweds.

"The officer came up, and he just kind of looked in the back seat before he said anything, and he saw our son, and never showed his face through the window. (He) asked Anthony for his license, and never showed his face. If Bryson hadn’t been in the backseat, it might have been contentious, I don’t know. Anthony had to give his license through the window and back like this.

"And we didn’t understand...well actually, we did understand it, but a part of you can’t comprehend it."

Stevens Head coach Anthony Boykin: "No matter the level of education that you may have to achieve, that doesn’t matter. You can still be treated unjustly."

East Central Head coach Joe Hubbard: "It is really, really important to understand who you are as a person. No matter what others may say, what others may think about you, you have to (be) confident in the fact of knowing exactly who you are. What you stand for. What kind of integrity you have. And when you know yourself, you can rise above anything."