Why is CBD such a big deal?

This cannabis compound is all the rage, so we break down the ABCs of CBDs 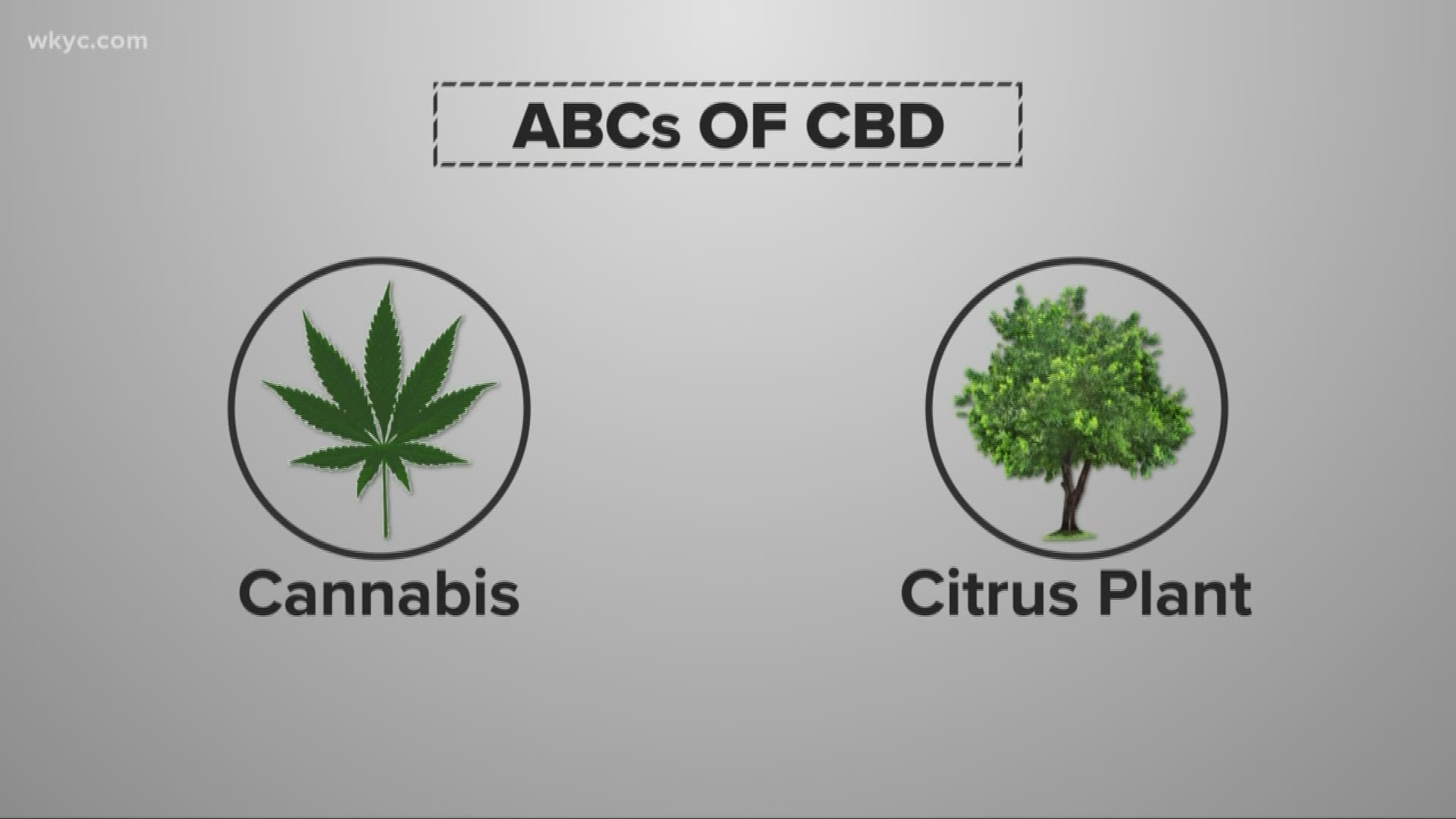 CLEVELAND — It's the acronym you can't get away from.

Whether it's CBD candy, creams or oils, you can buy it everywhere from cafes to health stores.

But if you're confused about CBD, THC and all those other words, here's your cheat sheet.

What Is CBD and how is it different from Hemp and Marijuana?

Well, there's a plant called Cannabis. Which we'll compare to a Citrus Plant.

The Cannabis plant produces both Hemp and Marijuana plants. Think of it like a Citrus plant that produces, things like oranges and grapefruits.

And the same way you can get a whole bunch of vitamins from fruits.  There's hundreds of components in Hemp and Marijuana.

The two we hear the most about are CBD, short for Cannabidiol and THC. Both affect our nervous system...including the brain. The difference, is THC gets you high...kinda of like the buzz you feel if you drink alcohol.  CBD does not, because it contains very low levels of that psychoactive compound. And that's why CBD is legal. But plants with high amounts of THC, like Marijuana are banned in many states, except to treat certain medical conditions. Although CBD is also being used for health purposes.

"So, it definitely does something," says Dr. Ryan Marino, University Hospitals Medical Toxicologist. "I think the science is still out on how much it does and what exactly it does."

RELATED: The benefits of using CBD oil on your pets

RELATED: What is CBD anyway, and what does it do?

So what do people use CBD for?

There is a prescription strength CBD, called Epidiolex, which is used to treat some serious medical conditions...mostly seizures. What's being sold over the counter though, is used more as a supplement like vitamins, Tumeric or St. John's Wort.  And like supplements, they works for some...not for others.

But enthusiasts, like former Patriots star Rob Gronkowski claim its cures run the gamut. In a recent promotion for CBDMedic, Gronk tells the camera "Now for the first time in more than a decade I am pain free.  And that's a big deal."

Which takes us to the question....Is CBD Safe?

Well, always talk to your Doctor first. There hasn't been a lot of research, and the claims haven't been evaluated by FDA. There can also be interactions with certain medications.

Additionally, there are a lot of fakes out there.  Lab tests of CBD products, including one done by WNBC, have shown, some have harmful contaminants or don't contain CBD at all. Others have found to have high levels of THC...which would show up on a drug test.

How do you find legitimate CBD?

Only buy products that come with a certificate of testing.

That document shows it's been analyzed. And the testing should be done by a national standard-setting organization.

"I'm not doubting that it worked for them. And I don't think there is a significant amount of risk associated with it," says Dr. Marino. "It's just not something that I would recommend."

Now, tomorrow we're going to look at how the method of selling CBD has turned into the modern day Tupperware party...and people are cashing in big time. That's tomorrow on Channel 3 News at 6.

Here is some more information on CBD: