'Float' offers an alternative way to combat allergies without the meds

Salt therapy? It may sound like a 21st-century remedy, but it's actually been around for a long time. 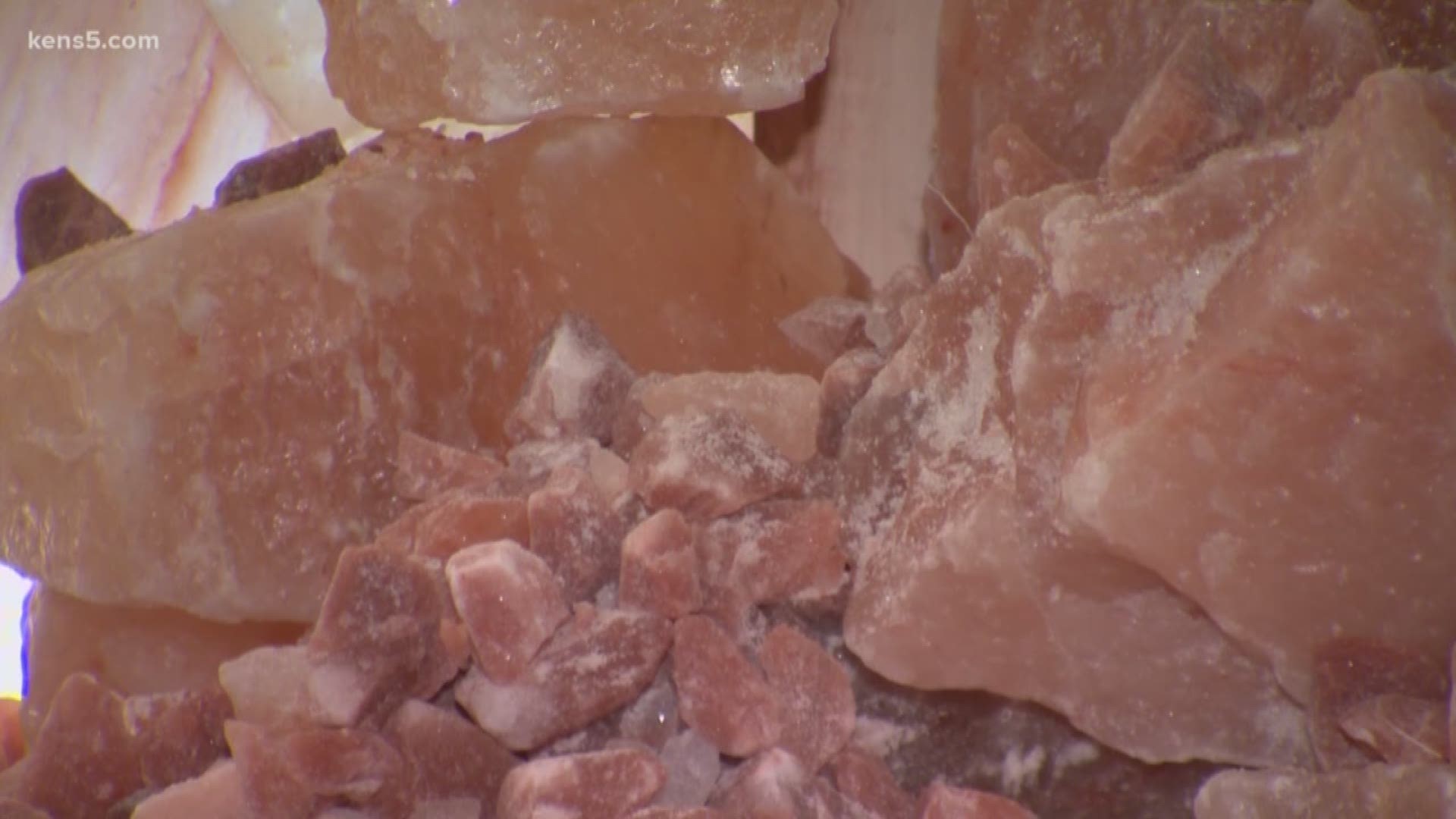 Many people are turning to medications to cope with allergies; however, there are some alternate therapies in San Antonio that may help.

Jeremy Jacob has been promoting alternate therapies since he opened Float in northwest San Antonio.

“We wanted to continue down that theme of bringing therapies that are backed by scientific evidence, things that we feel like really work, but that you can't generally find,” Jacob said.

He raves about the benefits of float therapy to help with things like stress, anxiety, even chronic pain.

“We're creating a unique environment that you can't experience anywhere else on Earth. When you remove all sensory input coming into the body, our mind and our nervous system respond in a dramatic way because we are so overstimulated,” he said.

Jacob has expanded the alternative therapies offered at Float, including a therapy that he said will help with allergies and other sinus problems.

Jacob said a few sessions in their new Salt Lounge can help with inflammation and, he said, it’s antibacterial.

“You can go into a room where we omit salt particles and it can help with just everything from sinus congestion to asthma, to COPD."

Jacob said salt therapy isn’t new. In fact, it's been around for a long time.

“They discovered salt therapy because of mines in Poland. The miners actually had improved health because they were breathing in the salt that they were mining,” he said.

Jacob said it works by using a Halo generator that crushes pharmaceutical grade salt into tiny particles and disperses those particles throughout the room.

“It's going to coat your sinuses, your airways, your lungs. And, because salt is naturally anti-inflammatory anti-microbial, if you have like a sinus infection, it's going to help with that,” said Jacob.

But does it really work?

We turned to Dr. Mark Stahl of South Texas Allergy and Asthma, who’s treated patients with allergies at the clinic for the last five years.

“I think it's an interesting therapy," Stahl said. "I think it works in the same way that the wet therapy works. It works to get the inflammation down through salt."

RELATED: A rush for allergy remedies in the midst of 'Cedar Fever'

RELATED: How to get through cold and flu season and tell the difference between the two

Stahl said it may not, however, be the best choice to combat allergies long term.

“I think it can be helpful, perhaps, but probably not overall as helpful as some of the mainstay therapies. But it might be a useful adjunct therapy."

He said the best choice is avoiding what might be fueling those allergies, but some of those allergens may be hard to avoid.

“We're always looking for new therapies, but I think that the mainstay therapies are going to be still the most effective treatments for these seasonal triggers,” he said.

Stahl and Jacob both agree there hasn’t been many scientific studies into the long-term effects of salt therapy.

“The science on this is really not well-established. There's not been any large studies on this,” said Stahl.

However, Jacob said that while he can’t guarantee it’s right for everyone, it’s worth trying it out.

Float offers 50-minute salt therapy sessions in the Salt Lounge that’s now open. They’re running a special through the end of February where each session is $25.