Want to audition for the Spurs Hype Squad? Here's what the organization is looking for in a member

Unity and teamwork is what game entertainment coordinator Anna Di Marco says Hype Squad is all about. 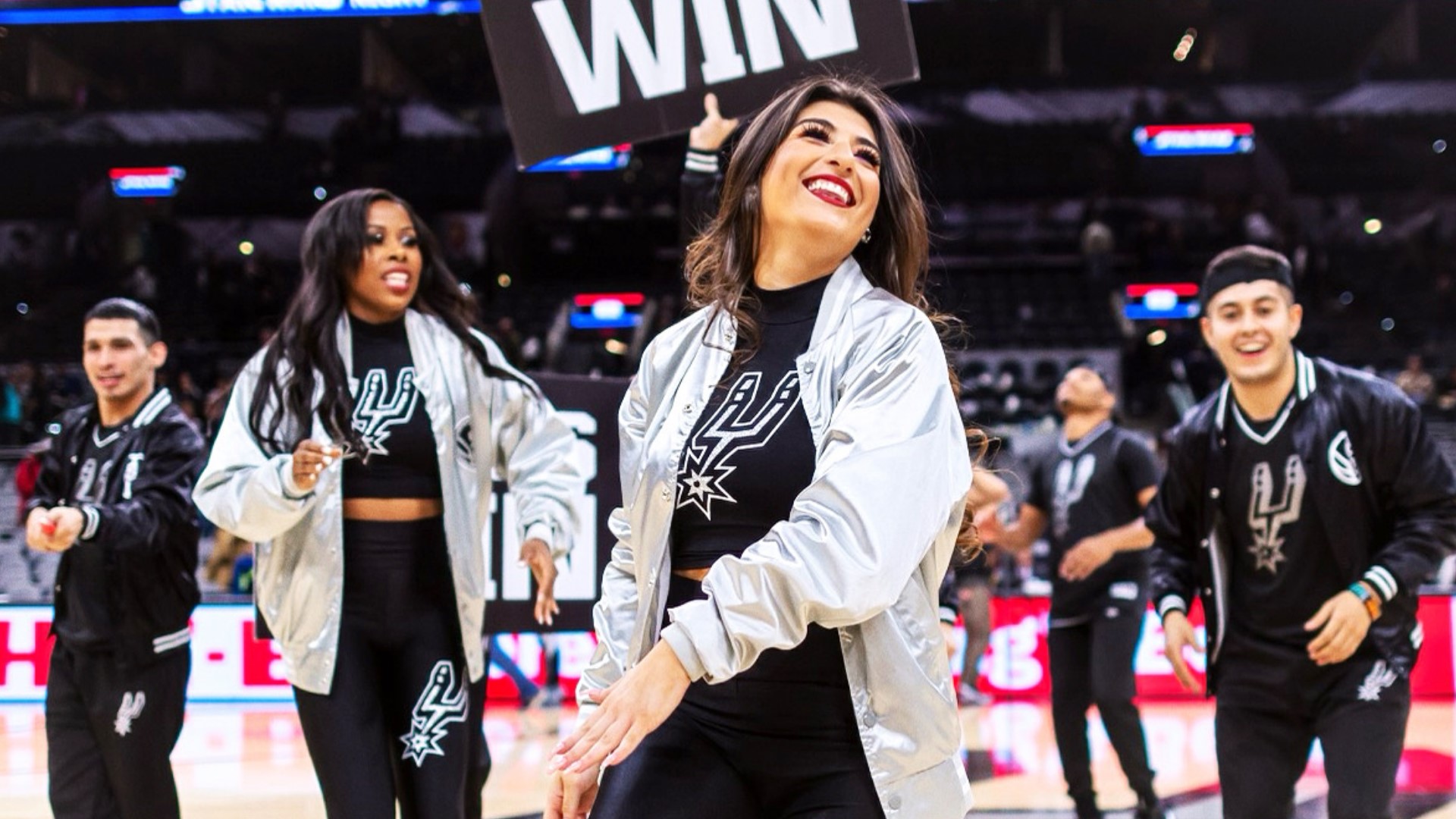 SAN ANTONIO — If you’ve been to a Spurs game, you’ve probably felt the high energy of the Spurs Hype Squad. If you’ve dreamed of joining them on the court, now is your chance to try out, virtually.

"It’s something positive for all of us. I feel like it pushes us more to get out of our comfort zone," said veteran Squad member Lexi Truax.

Just like everyone previously on the team, Truax has to audition for this season. And because of the pandemic, it comes with its list of challenges.

"I was a little bit scared at first, but more than anything, I was thankful. Because at the end of the day, they were still allowing us to try out, which was all that mattered for the squad, and everyone trying out," said Truax.

That sense of unity and teamwork is what game entertainment coordinator Anna Di Marco says Hype Squad is all about.

"We’re super excited and optimistic to just get back to doing what we love on the court. From Hype Squad, you can always expect high level talent — dance, stunt, tumble and just that fun energy," said Di Marco.

If that energy is something you think you bring to the table, you have until Oct. 12 to submit a video audition. But, what is else is Hype Squad looking for in an application?

"We want to see everything you bring to the table. Not just your talent, but your professionalism, your energy —  all that make a well-rounded video that will help you throughout the audition process," said Di Marco.

The organization also says Hype is a part time job. And even though the video application is open to anyone in the U.S., you’ll need to be in San Antonio, or in Austin, when the Squad is able to perform again for the community.

"We’re really just looking for those talented individuals, whether it’s stunting, dancing, tumbling; we really want you to show us everything you got," said Di Marco. "Everybody’s got a fair shot at it."