Tattoo artist is on a mission: 'Erase Hate' 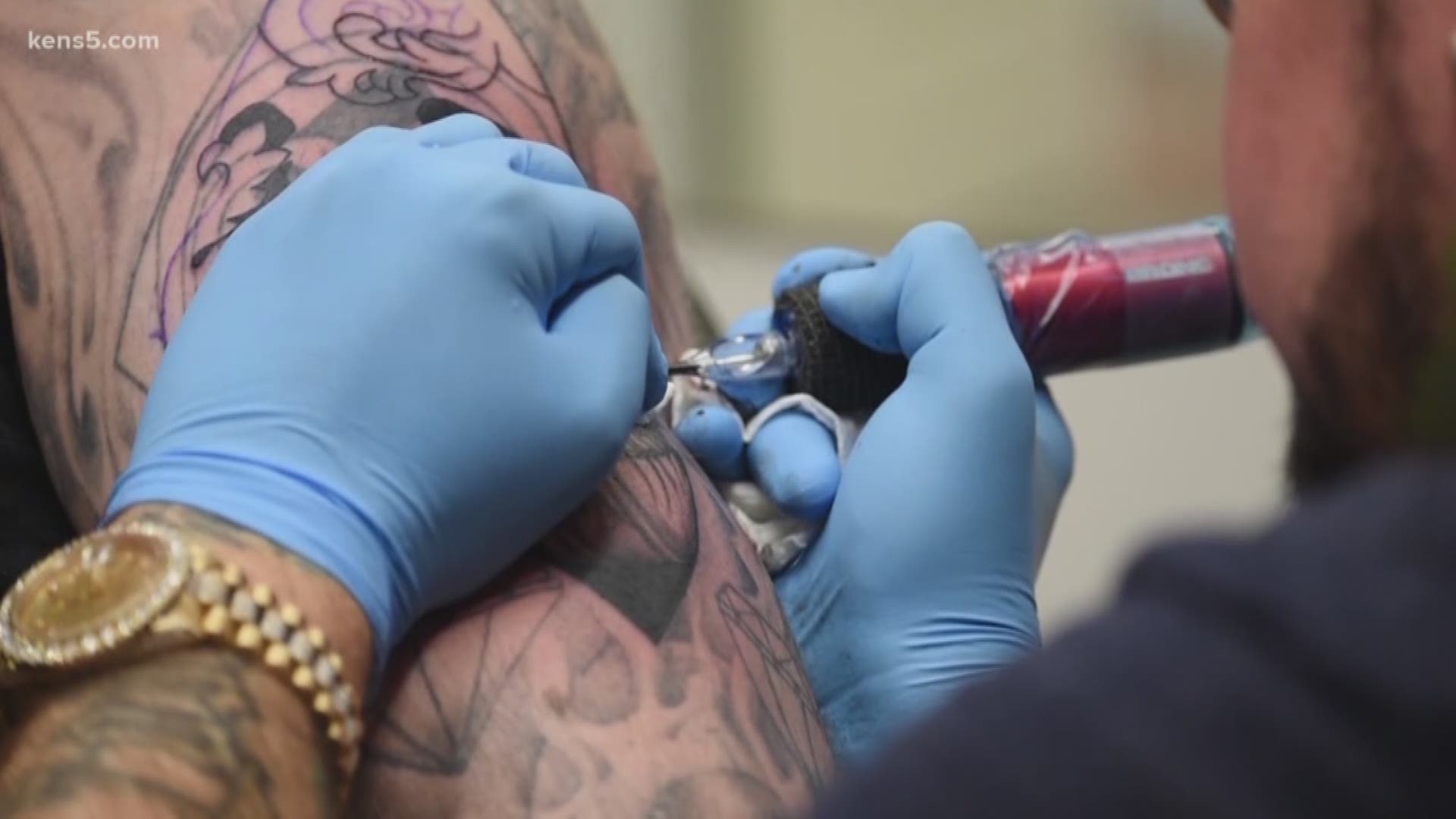 "People change over time. Be careful what you put on yourself," said Anderson, who at 18 was convicted of auto theft and drug charges.

He served 10 years in prison and joined Aryan Pride for survival.

"In prison, everyone sticks together by their race,” Anderson said. "We kept each other alive."

The ink was proof of his loyalty to the white supremacists.  Now, it’s a symbol of his past.

"They were my brothers. We did everything together,” he said. “I believed in the wrong thing. We weren't out there trying to hate somebody else. We were trying to preserve what we've got. "

Anderson says he is not a racist. But that Swastika on his arms suggests otherwise. He remembers a company party seven years ago; it was the first time he realized his tattoos were offensive.

"We were tubing and they saw the tattoos, and they got offended and they left. No one said anything."

"It's kind of like putting it to death. It's dead now."

"It seemed like a really good idea for San Antonio because we have a lot of gang activity and a few prisons close by,” he said. “It seemed like something that would help a lot of people here.”

Cover-up tattoos can cost about $500. Delgado's been removing gang-related tattoos and racists tattoos for about two years now. That's about $60,000 in free ink.

"I’ve seen everything: huge Swastikas, big gang tattoos, and a lot of stuff in really visible areas where you can't easily just keep it covered,” he said. “It's a misconception - that just because it's on a person's body, that defines who they are."

But if art is in the eye of the beholder?

"People get hurt or offended by things that symbolize hate or symbolize criminal activity,” Delgado said. “We're removing it from the environment altogether."

Anderson recently served three years of a 25-year sentence for another drug conviction, but he is out on probation looking for a way to start over.

Anderson says he found God and redemption: “I gave myself over to the Lord. I always wanted to do things my way. I started doing things his way.”

Now, thanks to Twisted Tattoo - a new beginning.

“I realize I wasted a good part of my life on something that didn't really matter,” he said.

Today, what is under the new tattoo - a black skull without a trace of his past – doesn’t either.