"We have interactive pieces - things that require participation from audience members and guests." There's also a food truck. And a bar. 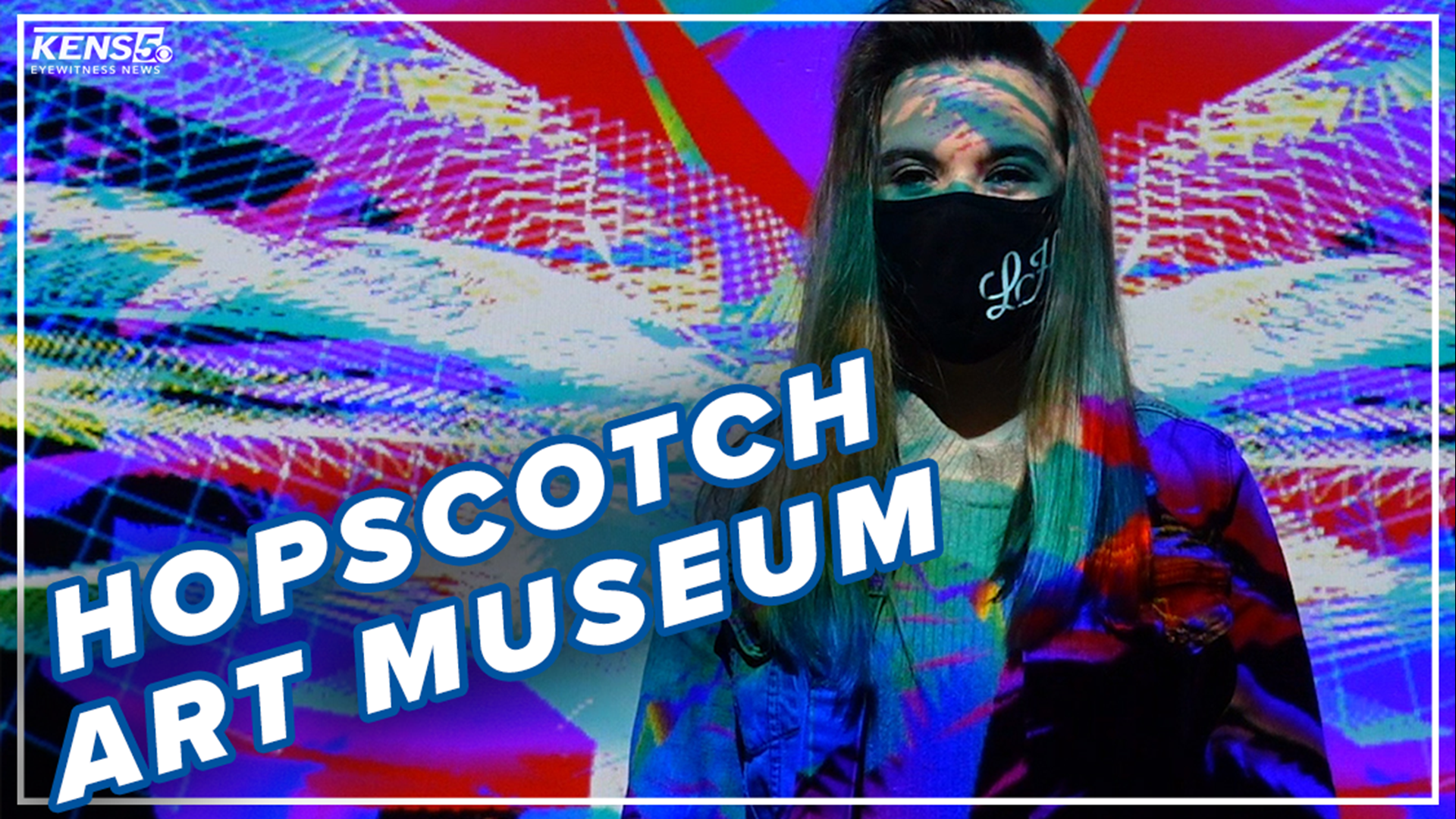 SAN ANTONIO — A new art gallery has opened in the Alamo City, and it’s likely to show up on your Instagram feed.

It’s called Hopscotch and it’s an immersive art gallery with several rooms where artists tell a story that you get to interpret in your own way.

It’s next to Travis Park and it’s 20,000 square feet, with plenty of room to social distance. It has two stories for the artwork, a retail shop, a food truck and a bar.

The gallery started in Austin in 2018, and now, it’s permanently settling into its new San Antonio location. And it has a ton of activities.

You have the light-hearted ones like the "Deep Eddy Ball Pit." Because of COVID, you can’t actually get inside. But you can grab a cool picture next to it:

There’s also this room, "Secrets," where you can step inside a phone booth and leave an anonymous secret. Some of those recordings can later be heard by a stranger when they pick up one of the pay phones from across the room, and listen to the voice recording.

Other rooms include the "Rainbow Cave" made out of 40,000 plastic bags, which is how many bags Texans use every two and a half minutes. You can also dance with yourself, sit inside a room catered to color therapy, try your hand at laser graffiti and walk through "red light lines."

Even with a big space like Hopscotch, Inman says they’re taking several precautions to help prevent the spread of the coronavirus.

"We're requiring masks, temperature checks at the doors, sanitation, hand sanitizers, barriers. But we’ve also done things like we have air filtration and air sanitation systems that clean the air, as well as touch surfaces and things like that," said Inman.

They’re also limiting capacity to 25%, so if you want to grab tickets, you’ll have to do it in advance on their website here.

"We hope they kinda feel like a kid again. We want them to not take themselves so serious when they’re in the space and really engage with the pieces in a different way," said Inman.