On the surface, games might seem like a silly way to pass time. But for these kids, distraction is exactly what they need. 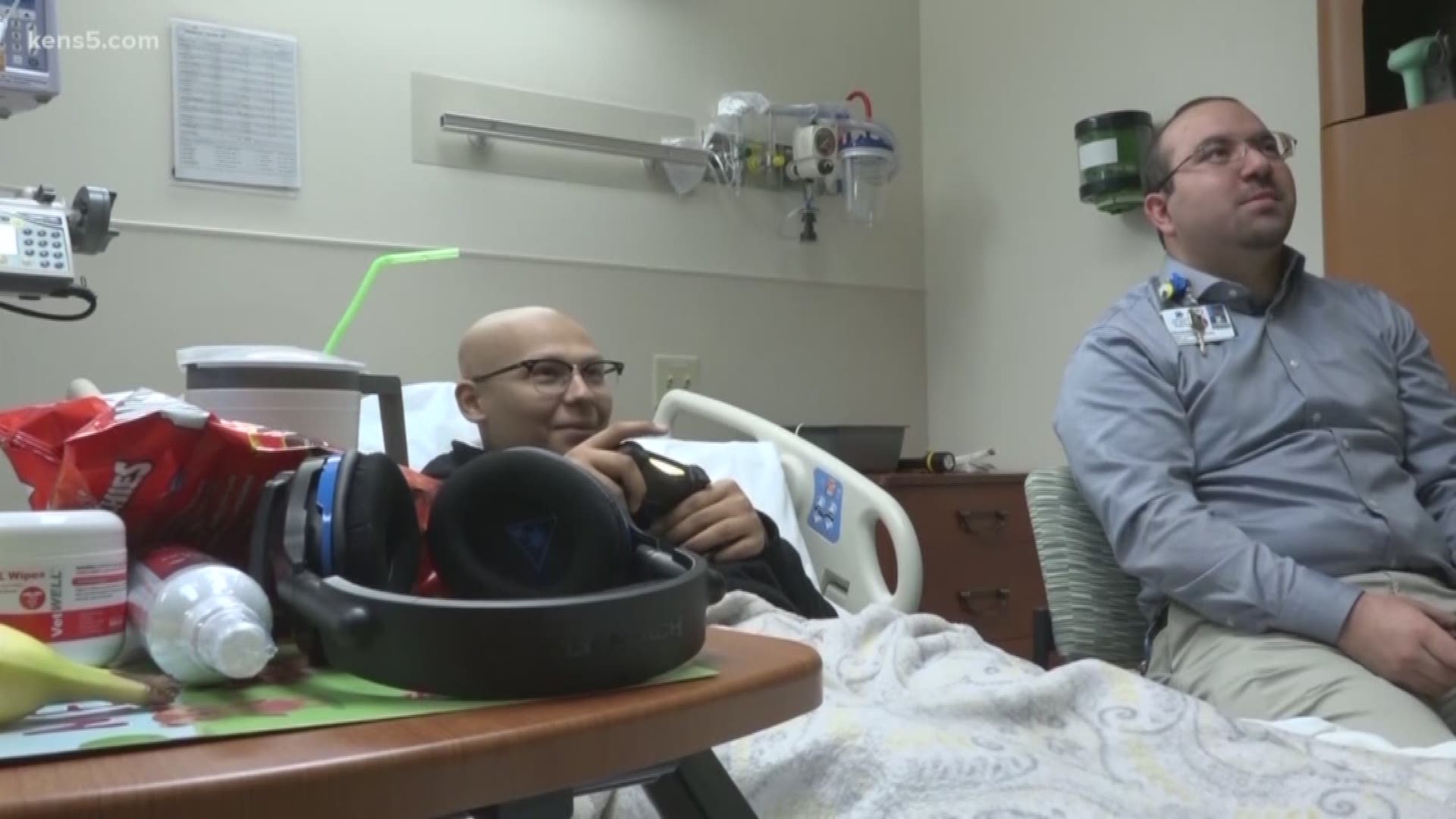 There's something about video games that can captivate you for hours, hyper-focused on the screen's bright colors and the speaker's sounds. Alexander Periera grew up on this.

"We always had computers growing up, in a time not everyone had computers in the house," said Periera. "I think it was like, Putt-Putt Goes to the Zoo, Mathblasters. One of those learning-but-not-quite-learning games."

As a teenager, Periera could easily play for five or six hours a day. The times - and games - have changed since then, but virtual reality has always been a part of his reality.

Periera doesn't simply play games at his home. He plays them at San Antonio Children's Methodist Hospital, with some unusual competition: kids.

However, these aren't just kids who like video games. They're kids who, in a way, need them.

Oftentimes, it's a mix of both.

Jason is one of the kids who regularly games with Periera. He says that when he was diagnosed with bone cancer in his arm about a year ago, he was willing to do anything to avoid a prolonged hospital stay.

"I didn't want to do it," Jason recalled. "I just asked at first if he could just cut my arm of and if he could put a robotic arm...I expected to be just me and my mom chillin' for 5-6 months by ourselves."

"I'd probably be lonely, I'd just be laying in bed sleeping all day," said Jason.

And as Jason and Periera share a laugh in the dimly lit room, it's clear these visits can even make the hospital stay enjoyable.

To kids like Jason, Alexander is a friend and trusted confidant. To doctors, he's the missing link, a look inside the convoluted thoughts of a seriously sick kid.

"I get a lot of those interfaces where a teen doesn't want to talk to the nurses, and I walk in like 'Hey, I got games!'" he explained. "And a lot of the time I'll get a response, some kind of answer from them."

On the surface, these games might seem like a simple, silly way to pass time. But sometimes, a little distraction is exactly what's needed to defeat the toughest challenges we face.