SAN ANTONIO – A local non-profit is dedicated to helping busy single parents by providing them with free cars. 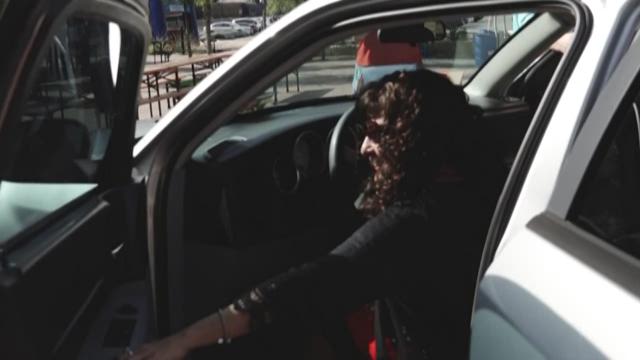 SAN ANTONIO – A local non-profit is dedicated to helping busy single parents by providing them with free cars.

A single mother of two, who is also a survivor of domestic violence, received her's Sunday.

“Overwhelmingly blessed, and happy and excited and it just makes me want to do something positive for other people also,” Belinda said.

For Belinda, getting a car is a blessing.

“We were at the mercy of waiting for rides to come pick us up,” she said.

Belinda is a survivor of domestic violence and a single mother of two children with special needs, making doctor's visits a priority.

“I don't want to just be a survivor of domestic violence, I want to be a thriver,” she said. “So us having a vehicle has really been a medical lifesaving necessity.”

Thanks to a new non-profit organization, Driving Single Parents, now, she and her children can thrive are being chosen out of 1,000 applicants.

Cindy Whitteman is the founder of Driving Single Parents. She's a victim of domestic violence herself, and was also once a single parent.

“It feels great,” Whitteman said. “It feels so good to help somebody who wants to help themselves and just needs a small leg up, it's not a handout, it's a leg up.”

A leg up that will go a long way.

“Giving someone back their independence and giving them the ability to enjoy life again. Get out, do things, have fun with kids, go to work without calling 10 people to get you there and get you home,” Whitteman said.

John Cano lost his wife and his leg after a drunk driver struck their car in 2014. He is now a single dad and the organization's first winner.

“Ever since that day, I’ve been able to take my kids anywhere they want to go, it takes me to work, I don't have to depend on Uber, the VIA trans, anybody for transportation, I can just hop into my own vehicle and go where I’m able to go,” Cano said.

The event was held at Alamo Beer on Sunday and proceeds went back into the non-profit to help them buy their next car.