Cleaning up dead landscaping after this month's historic Texas cold 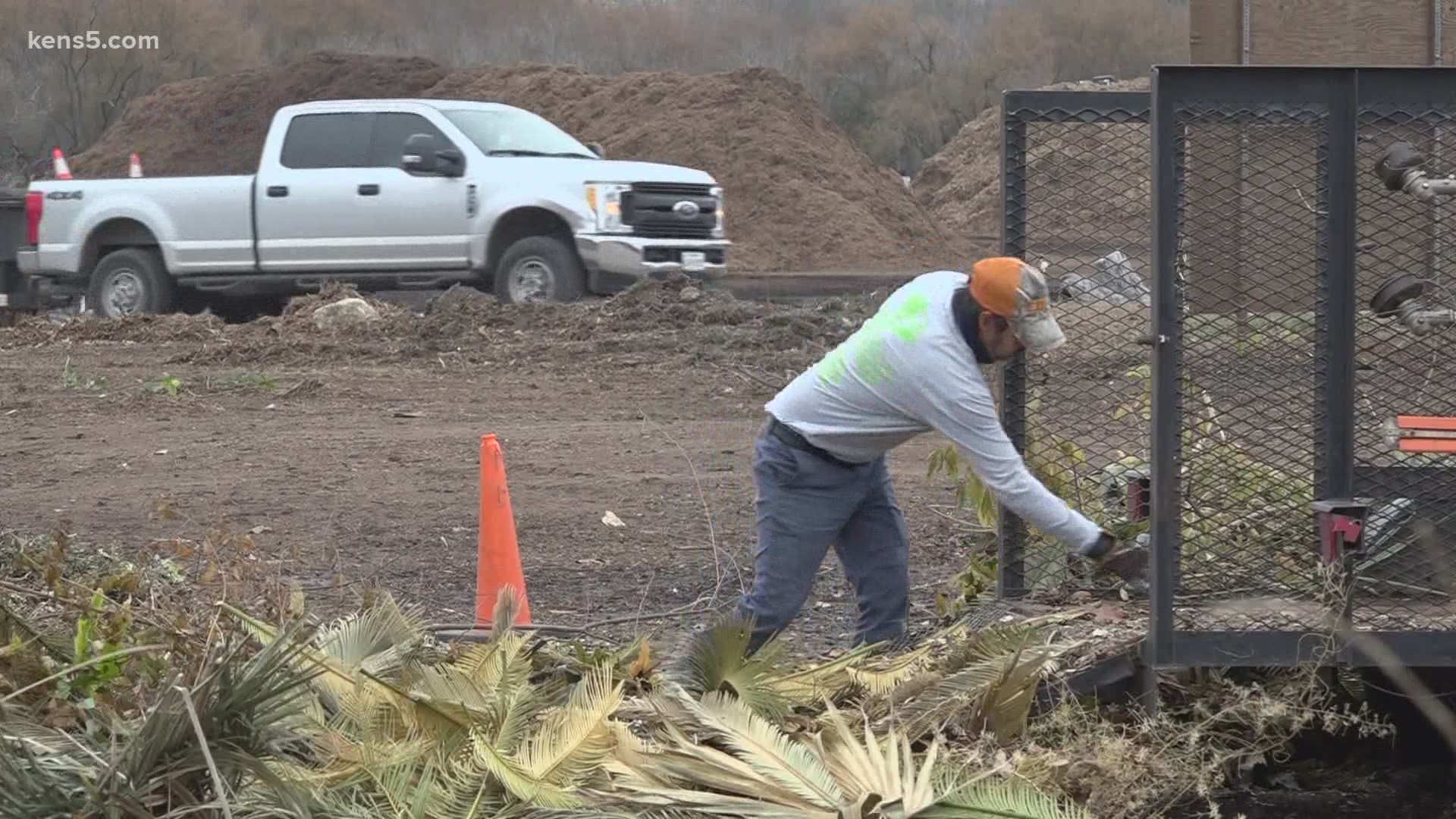 Whether modest or robust, local landscapes took a beating, and now that San Antonio has seen the return of warmer days, much of what died is starting to decompose and smell bad.

Managers in the city’s solid waste division say they usually see a three-fold increase in tonnage during March. But this year, they believe the increase will be even greater.

“The freeze really made it even worse because everyone lost so much foliage and it caused so much damage and it will continue to be busy because we are coming into spring," said Marcus Lee, with the solid waste department.

Lee says anyone who chooses to use their green organics bin for recycling should take care not to overload the cart.

Lee says because the damage is so extensive, many are choosing to bring dead vegetation to the city’s organic recycling centers—and they are showing up in droves.

To make the job less painful, Lee says bring your patience and make sure to tarp your load.

“It is a city ordinance that you need to put a tarp over it. That's not a net and that's not just tying it down. It's an actual tarp and there's a fee if you don't secure it with a tarp,” Lee says.

The cost to get rid of the rot is just three cents per 20 pounds.

Lee added those who visit the center have the added advantage of being able to go home with a load of mulch. Coarse ground mulch is readily available, and it is free. Fine ground mulch is sold for three cents per pound.

Lee says adding mulch to a damaged landscape can save money on water bills and help plants recover from the storm faster.