Missing dog returned to man and his disabled father

Jonathan Mendez said his father has dementia and his dog is his emotional support. 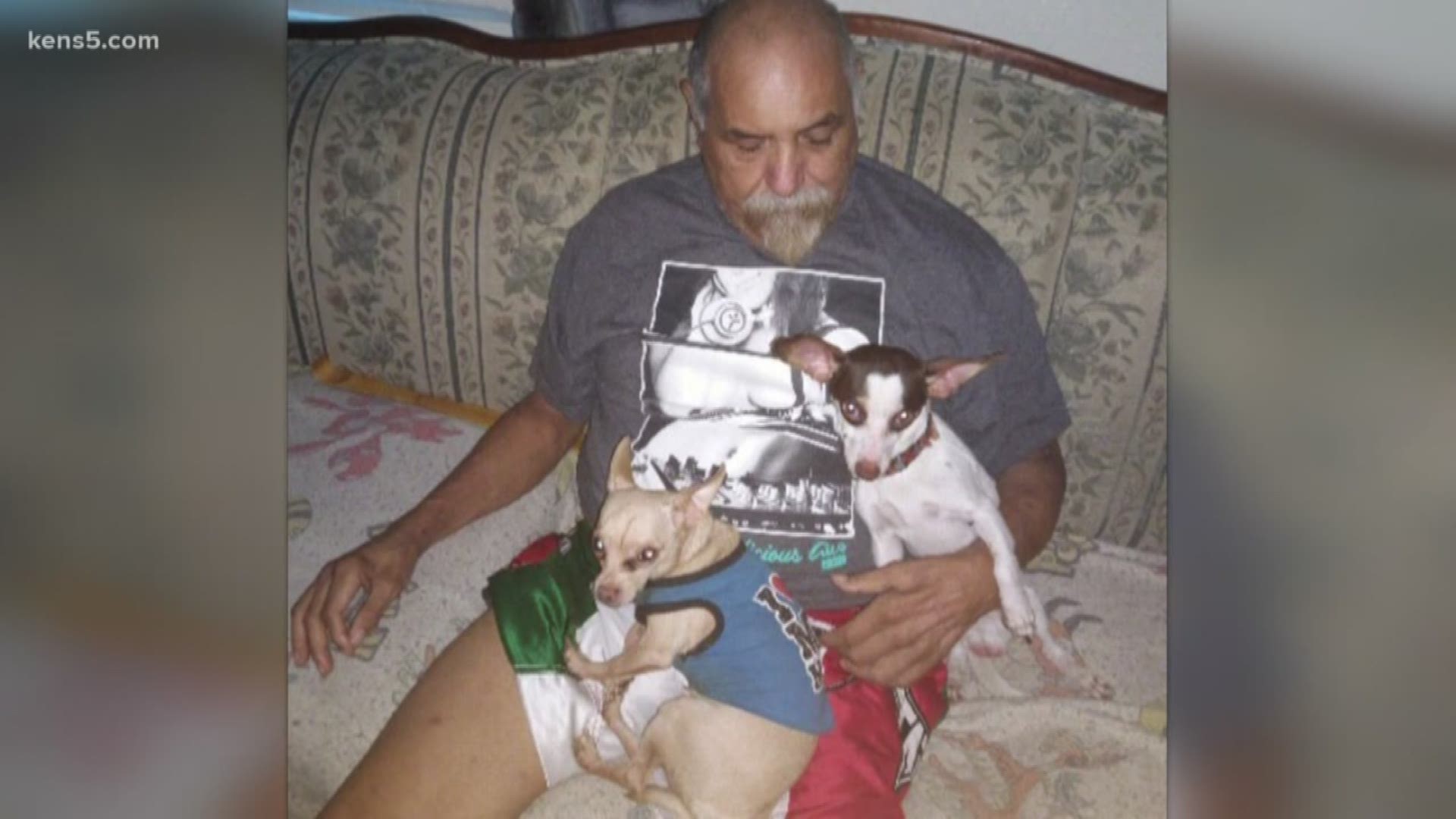 SAN ANTONIO — UPDATE: The family told KENS 5 on Tuesday that Little Ed has been reunited with his family. They said a neighbor in their apartment complex returned the dog after seeing our story Monday night.

A family is heartbroken after their beloved pet went missing.

Jonathan Mendez said his father, Juan Mendez, has dementia and is home bound. "He cannot see nothing out of one eye, and the other he can see very little," Jonathan said.

Jonathan is his full-time caregiver, and said their dog, Little Ed, has been gone for almost a week. He said his father is heartbroken.

"I just hate to see him breaking down and crying the way he is," Jonathan said.

Jonathan said he left his unit at the Balcones Apartments off Fredericksburg Road for just a few minutes last Wednesday.

While he was gone, Jonathan said his father had an episode, walking out of the apartment alone. "They thought he was disoriented or roaming around," Jonathan said.

EMS arrived and transported the elderly man to the hospital. When Jonathan came back a few minutes later, Little Ed was gone.

"He's just hoping that he just comes back," said Jonathan.

Jonathan said Little Ed has provided comfort and support for his father as his condition has slowly worsened in the last year.

"It's just heartbreaking for him," Jonathan said.

Jonathan said the dog is one-year-old, and red and white. He may respond to the name Little Head or Pinto, his father's nickname for the dog.

Jonathan has been knocking on apartment doors and posting flyers around the apartment complex, hoping someone knows where Little Ed is.

If you have information or know where Little Ed is, you can contact the family by emailing news@kens5.com.

Decline in card skimmers in San Antonio in June