"They may think it's no longer needed because the pandemic is decreasing, but it is actually really, really needed," said Austin Pets Alive! CEO Dr. Ellen Jefferson. 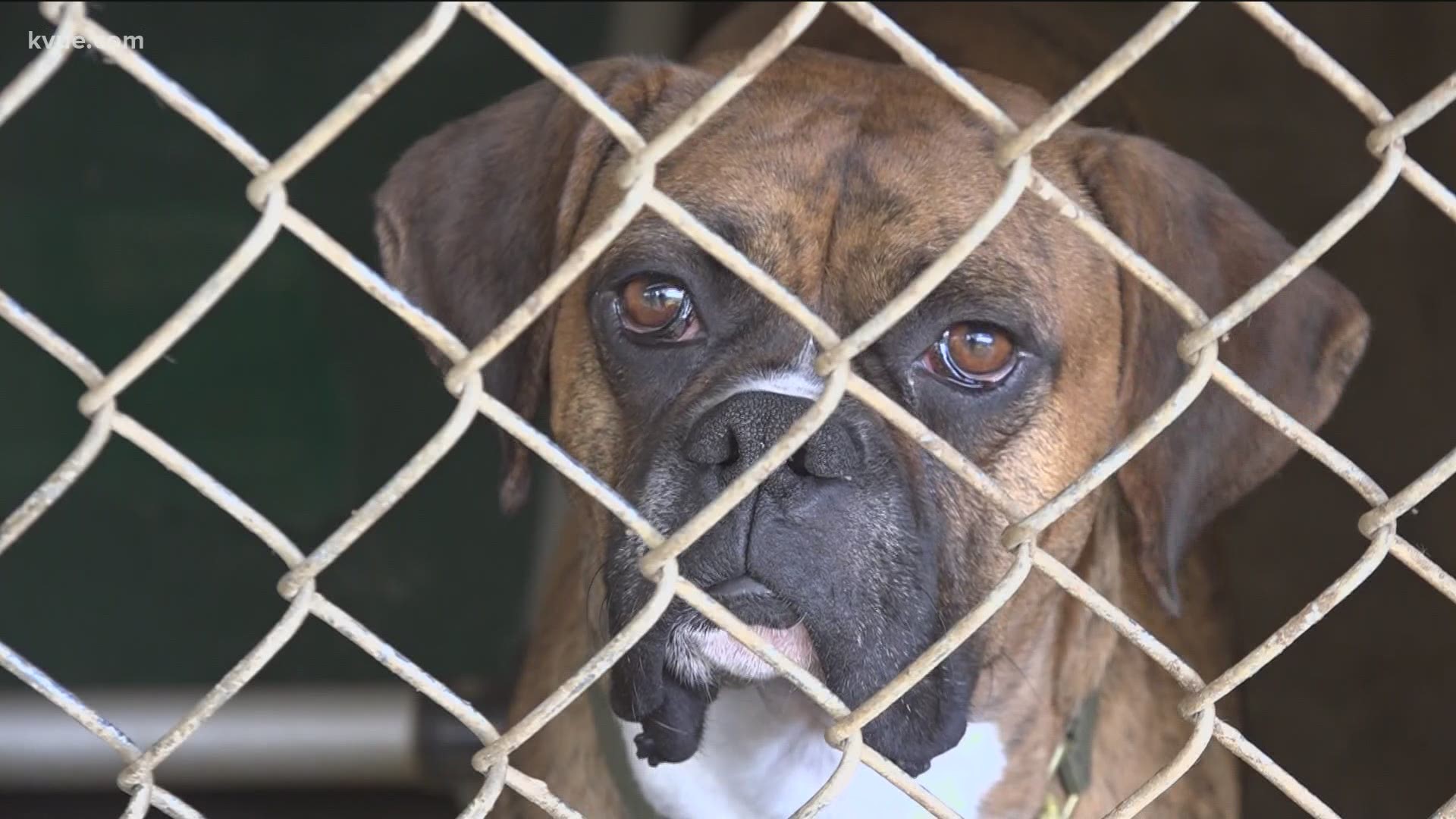 AUSTIN, Texas — Austin Pets Alive! (APA!) needs fosters to help them avoid an emergency evacuation due to the rain.

"What happens is the runoff that comes all the way from the railroad tracks down just rolls right into the kennels," said Austin Pets Alive! CEO and President Dr. Ellen Jefferson.

We got a slight break from the rain on Sunday morning, but Jefferson fears one more major downpour will flood their dog kennels.

"When we get this kind of rain soaking that we have had, we hadn't had that since 2015 when the big Memorial Day flood happened, and we are worried it is the same sort of phenomenon," said Jefferson.

During that 2015 flood, APA! had to have an emergency evacuation, which is what the shelter wants to avoid for the dogs' health.

"Especially if there is flooding and we have to evacuate them and move them out in a chaotic way, then that just sets them back," said Jefferson. "A lot of these dogs are scared of thunder, so being stuck in these outdoor kennels is traumatic for them."

APA! hopes to foster 50 dogs to give them a dry home for at least two weeks and move the others out of flood-prone areas. According to Jefferson, within the past few months, they've seen a 7% decrease in fosters and a 50% reduction in first-time fosters.

"They may think it's no longer needed because the pandemic is decreasing, but it is actually really, really needed, especially right now," said Jefferson.

You have to schedule an appointment to be a foster.