Some animals in the shelter are often passed over because of their age or how they look. 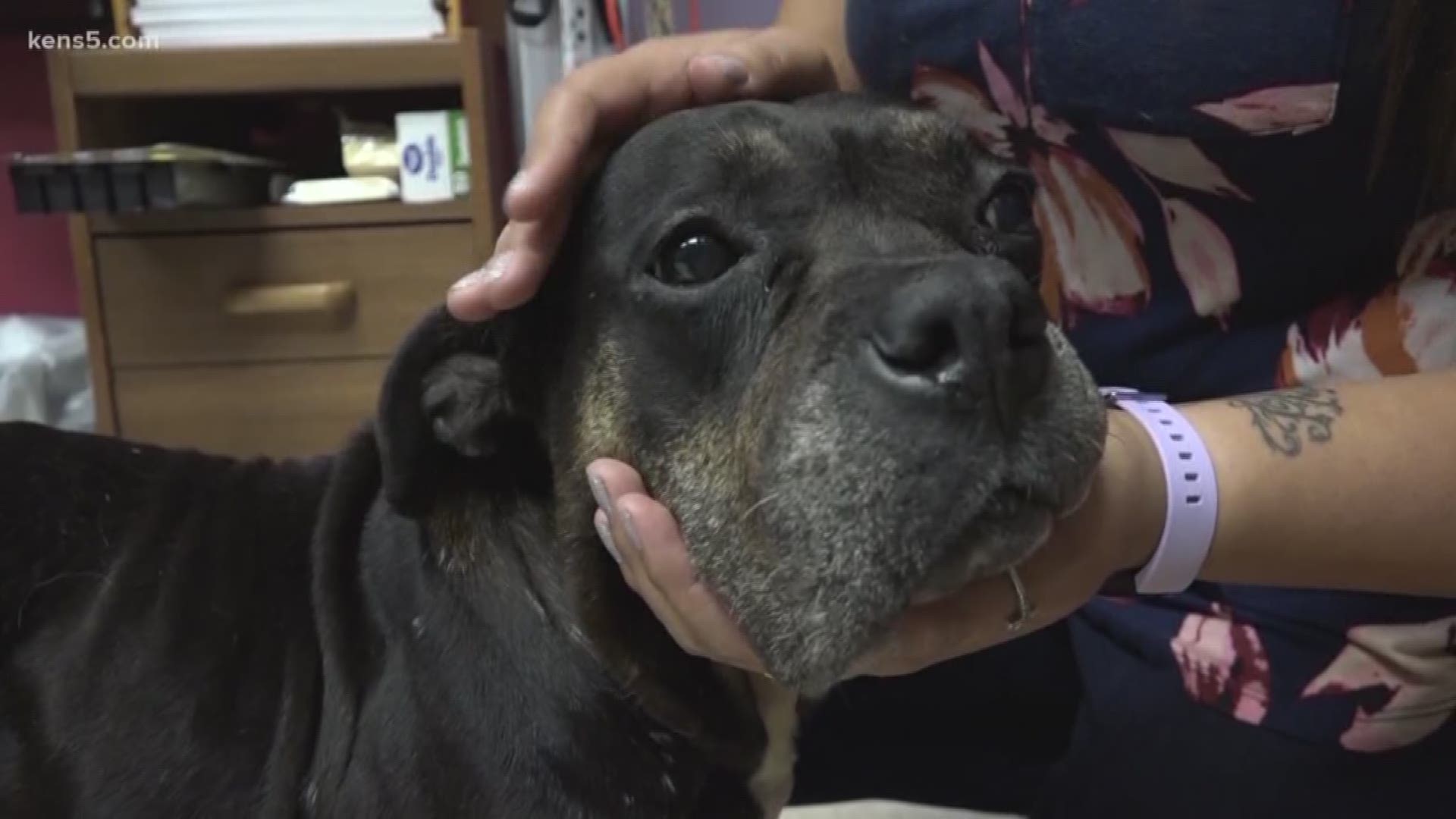 SAN ANTONIO — If you're looking to add another member to your pack, remember to give all the animals at the shelter a fair shot. It's Adopt a Less Adoptable Pet Week. Some animals in the shelter are often passed over because of their age or how they look.

Felicia Niño is the public relations manager at the San Antonio Humane Society.  Niño said animals with plain black or brown coats can be overlooked. She said animals over the age of seven, which are considered seniors, and animals with disabilities also tend to have a longer shelter stay.

"We know them personally, we know what their personality is like," she said. "It's sad to see these pets that are wonderful get overlooked."

The shelter's longest resident, 6-year-old Shellington, is a Chinese Shar-Pei and hound mix who's been in their care for more than 100 days. Niño said he arrived with 22 other dogs that were part of animal seizure case in May. Shellington is the last one left.

"He is wonderful. He loves other dogs, he loves people," Niño said. "He's very friendly, very goofy. If you're looking for a great dog, he's the one."

Niño said Shellington is what they call a "Texas brown dog" and for that reason, he may not catch someone's eye.

"We always say, 'don't judge a book by it's cover,'" she said. "So please don't judge Shellington by his cover! He's a sweetheart. If you just give him that chance and get to know him, you'll fall in love."

Niño said families interested in adopting an animal should always explain the type of pet they're looking for to a staff member, who can point them in the direction of a pet who meets their needs.

The shelter currently has 200 animals, nine of which are seniors.

Animals that are considered less adoptable are given plenty of face time on social media or TV to increase their chances of being adopted. Niño said some adoption specials are also offered throughout the year.

RELATED: Rattlesnake vaccine likely saved dog's life after it was bitten in eye

RELATED: Meet Monte, the rescue dog starring in 'Lady and the Tramp' remake