Brenda Wood's Last Word on Congressman John Lewis: 'We didn’t deserve him. But Lord, did we need him!'

How do you memorialize this giant of a man and do it justice? 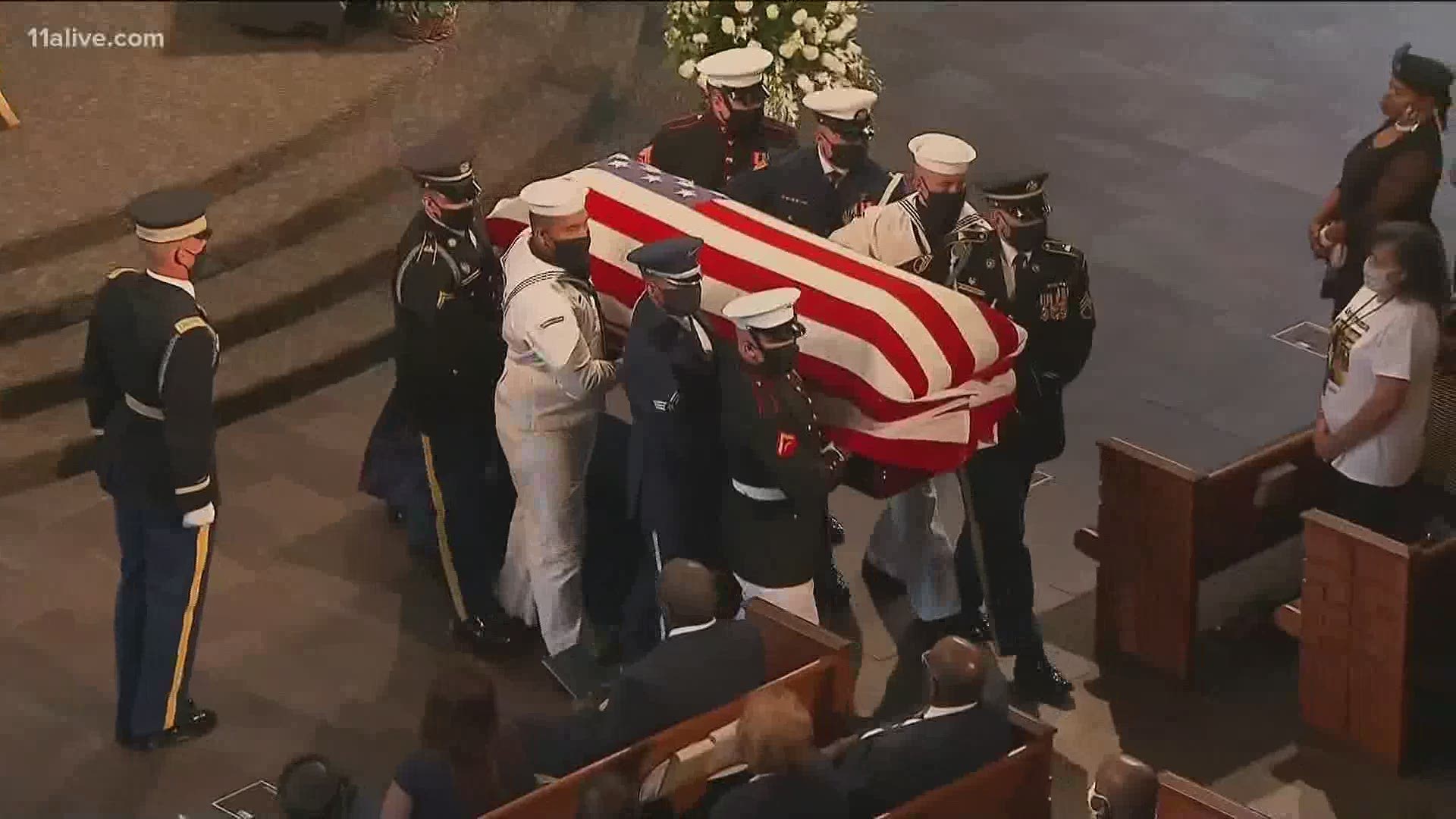 How do you memorialize this giant of a man and do it justice?

I know one thing. We didn’t deserve him.

The raw, unvarnished, unadulterated young man from Troy Alabama. We didn’t deserve him.

The passionate, morally righteous man who got into trouble - despite his mother’s warning - but who understood the difference between bad trouble and good trouble.

No. We didn’t deserve him.

But Lord, did we need him!

From the angry 23-year-old who spoke at the March on Washington to the moral compass and conscience of Congress, John Lewis was always fiery - and always fiercely committed to moving America to live out it’s ideals, come hell or high water.

Because America seemed not able to do it on it’s own.

RELATED: 'Don't be so quiet' | The story of John Lewis and a civil rights revolution

Even 50 years after Dr. Martin Luther King Jr.’s death, John Lewis was still on the battlefield for justice. Just a month ago, in the black lives matter protests, he was there, as he battled for his own life.

Undaunted, un-intimidated - even in his frailty - he fought. For you, for me. For all of us.

The down-troddened, the hurt, the marginalized, the woke - always counted on John Lewis in the fight for right. Because they knew the powerful would listen.

His work had earned that kind of reverence. And blessed, he saw many fruits of his legacy.

But in these last few years he also began to see the clock turning back. And it’s likely that God said, “no worries, my good and faithful servant. You alone have done the work of mighty men. You have seen much progress. No need to see any more ugly. Time now to rest.”

1 / 21
File photo by Jim Bourdier, AP
Lewis speaks during a news conference in Jackson, Miss., on June 23, 1964, where he called on President Johnson to protect summer volunteers in Mississippi.

John Lewis was never boastful. Never arrogant (though you couldn’t blame him if he was). He is, after all, one of the greatest heroes of our time. Yet, he was the most giving, most humble man you could ever meet.

I invited John Lewis to my mothers 80th birthday party many years ago because they had previously connected over their love of the Braves. I never expected him to actually show up. But he did. That’s the kind of man he was. And many of you have similar stories, which is why we’re seeing countless pictures on social media of him with just regular folk. Because he never saw himself as anything more than “regular folk.”

RELATED: 'Just humbled': Weeks before John Lewis died, he sent a thank you letter to an artist for this special portrait

Only difference: he allowed himself to be used and moved by the hand of God - in the face of violence and pure evil. And he did it without question, without fear.

John Lewis was a good man.

A shining light on a hill.

Lord knows we still need him, maybe more now than ever.

He’s left us with much work still to do.

But God has spoken, challenging us now to have faith in this new generation of freedom fighters.

And I believe THEY will see to it that we will finally deserve the vision, the impatience, the sacrifices of the raw, restless remarkable John Lewis.

Atlanta speaks about civil rights icon John Lewis: 'It's our calling to continue to do his work'

‘They fought so we could exist’: Young activists react to John Lewis, C.T Vivian deaths