For years, Fredeking’s son encouraged his dad to try out for a reality TV cooking show. Before he was set to fly to California for filming, tragedy struck. 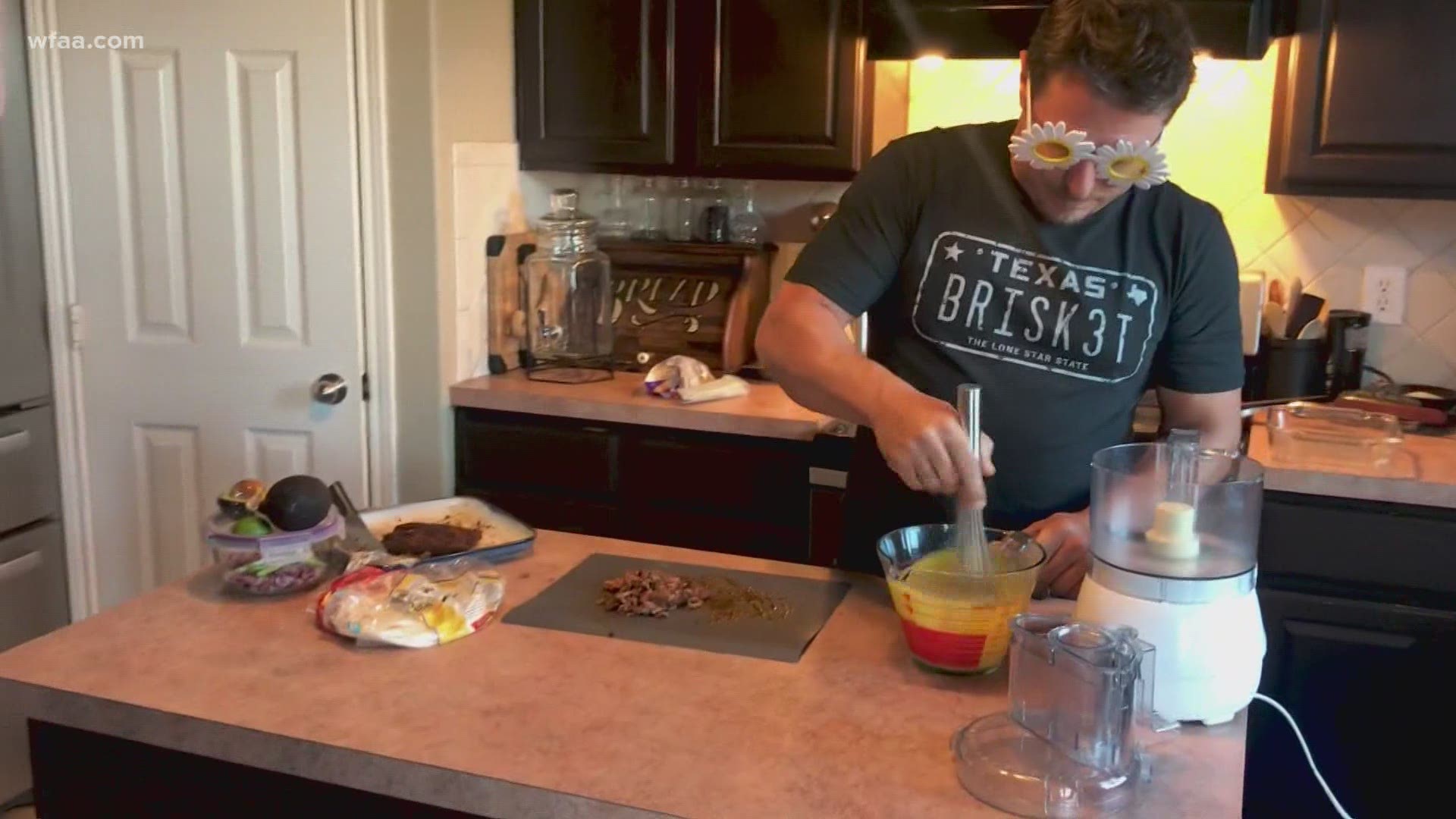 A Little Elm man is a good cook -- although, for the longest time, he didn’t know that.

Ren Fredeking, a 44-year-old insurance professional, made it onto the Netflix show "Best Leftovers Ever."

“It never really occurred to me until our son told me that everybody needed to eat what he was eating and see my food,” Fredeking said.

For years, Fredeking’s son, Cain, encouraged his dad to try out for a reality TV cooking show.

So when Netflix picked Fredeking to be part of a new cooking competition, it was a dream come true. That’s why it surprised everyone when he said he wanted to turn it down.

“I was reaching out to the producers saying, ‘hey, it’s been a rough month for me. I’m not sure I’m up for it,’” he said. “[There was] just some overall pain from the whole situation.”

Just before Fredeking was scheduled to fly to Los Angeles and be on that show his son died. Right after that, his dog had to be put down. Suddenly, being on TV was the last thing on his mind.

“Best Leftovers Ever” featured Fredeking and two other cooks in one of the season's episodes. The three home cooks try to make a gourmet meal out of yesterday’s scraps.

Given duck confit and pommes puree, Fredeking made a Persian Dutch baby with ice cream.

In the end, he won $10,000, which he plans to put toward other culinary dreams and his granddaughters, who now live with him and his wife.

Even though Fredeking was the only cook left standing after that episode, he believes he wasn’t alone.

“I absolutely believe Cain was there with me. In fact, I wear this bracelet to remind me of that,” he said, pointing to beads wrapped around his wrist. “To be able to get in there and do that and look down at that bracelet and remind me of why I was there definitely helped.”

Even after winning, Fredeking says he’s no culinary genius, but it does prove one thing: that great food doesn’t come from a kitchen. It comes from the heart.