"We have no limitations anymore," Sgt. LisaMarie Wiley said. 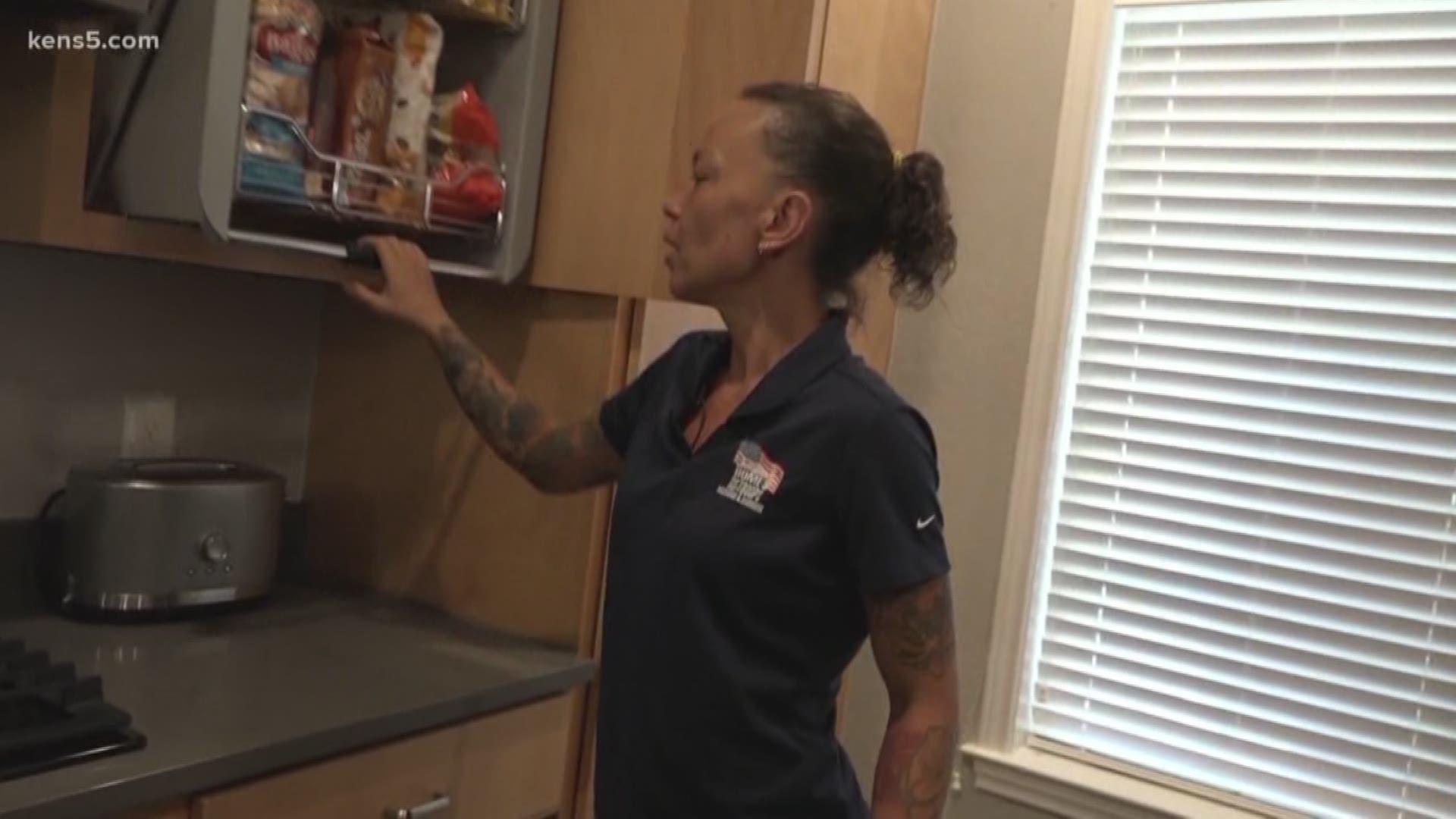 Homes For Our Troops, a nonprofit for severely injured veterans, custom built a home for Wiley in Garden Ridge.

Wiley served in the Army and was deployed twice to Afghanistan. She worked as a human intelligence collector with the HUMINT Platoon and lost part of her leg after stepping on an IED.

"I looked down and it was destroyed," Wiley said. "The first thing I said was, 'You are going to take my job from me.'"

The injury changed her life as daily tasks like taking a shower became a struggle, and she recalls not being able to access parts of her home because of her wheelchair.

That's all in the past now. Her new home is equipped with more than 40 adaptations to make it wheelchair-accessible and easier to get around.

Wiley’s excitement was palpable as she showcased her home,

"We have no limitations anymore," she said.

Many organizations gave a speech during the key ceremony and referred to the veteran as an inspiration.

On 9/11, volunteers joined Homes For Our Troops to transform Wiley's lawn in an effort to pay it forward.

Wiley is Joann Crooks’s only daughter. Crooks served in the U.S. Air Force for 29 years and says while there have been dark times, she’s been moved by her daughter’s determination.

As for Wiley and her fiancé, they say they’ve got big plans in store.

"First comes love, then comes marriage," Wiley said, "and now we got a house to put a baby carriage."