Vu Pham walked from Defiance to Ann Arbor, asking for prayers along the way for his wife who is recovering from a brain aneurysm. 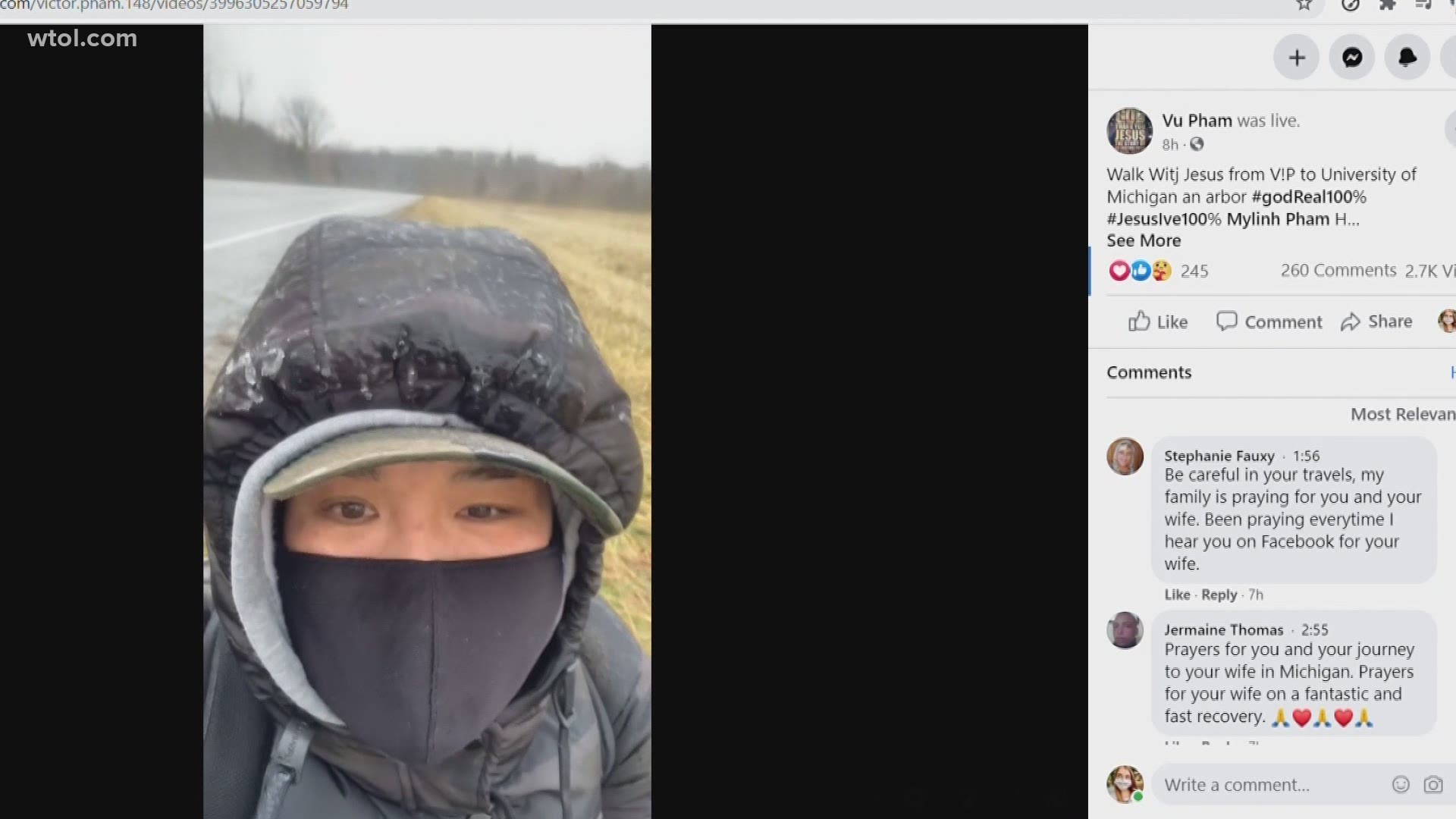 NAPOLEON, Ohio — Freezing rain on New Year's Day was not enough to stop Vu Pham from starting is 100-mile walking journey to Ann Arbor to honor his wife as she recovers from a double brain aneurysm.

"Please pray for me so I have the physical, the emotional, and the mental, and the spiritual, so I can make it to the University of Michigan to see my wife," Pham said in a Facebook Live video on Friday, sharing his journey with friends and family.

Early Tuesday morning, Pham made it to the hospital in Ann Arbor to see his wife, who is still in a coma. In a Facebook Live, he asks for continued prayers for his wife to wake up and be able to have an "awesome life."

"I love you baby, I can't do anything without you," Pham said in the Facebook Live. "This is the story of love. God is love."

"My wife is just an awesome person, she's got a beautiful soul, she's my hero, she's my everything," said Pham.

Vu and Mylinh Pham have run VIP Nails in Defiance for two decades.

Vu says his wife was happy and healthy up until Christmas, when he found her unresponsive on the floor in the bathroom.

"I hold her up and she's just out. So I slowly put her down to the ground and I call my brother," said Pham.

They rushed Mylinh to Defiance Hospital where she survived a double aneurysm. One was a type that has a 5 percent survival rate.

She remains high risk, but he says she's making progress. Mylinh is now receiving care in Ann Arbor at the University of Michigan's hospital.

Because of COVID-19, Vu can't be at Mylinh's bedside, so he decided to walk to the University of Michigan to show his love for his wife.

The plan is for Victor to be able to see his wife on Wednesday.

A GoFundMe has been created by Mylinh's family to help with medical and other expenses.