Local nonprofit changes lives, one change of clothes at a time

The teen that inspired its creation was hired there about five years later. 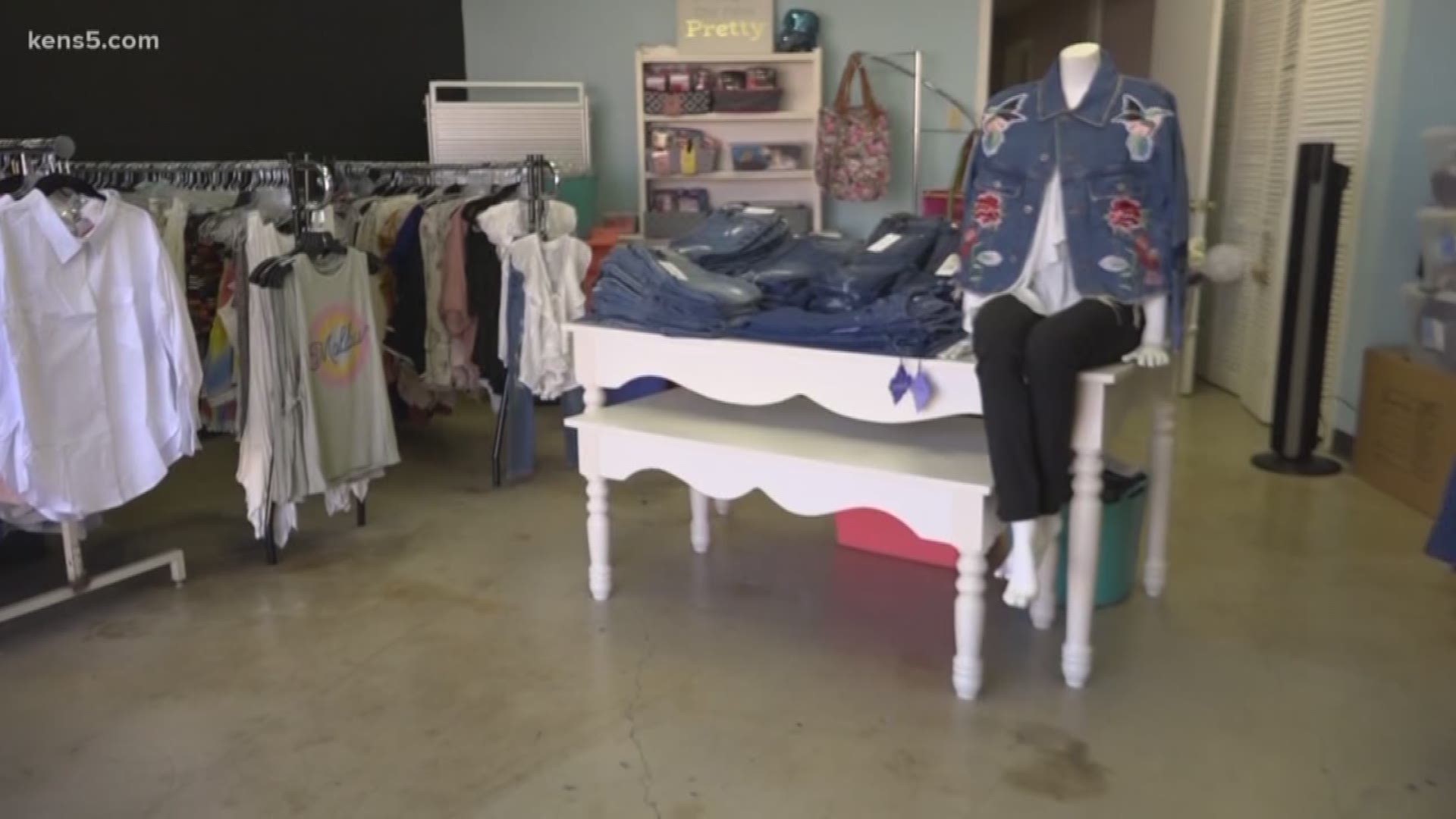 SAN ANTONIO — San Antonio Threads changes lives by changing clothes. Last year, they served more than 1,700 at-risk youth with new clothes, backpacks, shoes, and essentials free of charge. They expect to reach even more this year, which is why they relocated to a larger facility on Sentinel Street near the airport.

San Antonio Threads founder and CEO, Cathy Hamilton, said the organization’s inception was inspired by a thirteen-year-old girl in foster care named Gloria Martinez. Hamilton met her while volunteering as a court-appointed special advocate (CASA) in the foster care system and said her heart for Martinez was bursting at the seams.

“When I would visit her, she never got to get new clothes for school,” she said. “The clothing she got to choose from was in a box, in a barrel, or very thrift. It made me start doing a lot of searching, a lot of looking, and I actually started this non-profit in the garage of my house.”

Since then, the organization has served thousands of young people in situations much like Martinez’s, and has expanded with hopes to create more opportunities for at-risk youth. When Martinez turned 18, she ran the risk of being removed from her foster home because she was unemployed. Just in time, Hamilton reached out to her and offered her a part-time position with San Antonio Threads. Martinez accepted the position and currently works alongside Hamilton.

“I’m glad they never stopped,” Martinez said. “Even in the hard times, they continued and finally they succeeded and made this whole place happen.”

She embraces her position as an opportunity to encourage others the way Hamilton encouraged her.

“You have to learn how be your own mentor because sometimes you won’t always have a ‘Ms. Cathy’ there by your side, but just learn from the people that give you good advice,” Martinez said. “Just take it and use it everywhere you go.”

San Antonio Threads is a 501c3 non-profit organization that serves youth by referrals. To learn more about it, visit sanantoniothreads.org, or follow them on social media at @sanantoniothreads.