After over 50 years as the face of an organization that has provided Christmas gifts children over the years, Louise Locker has left the project to her elves. 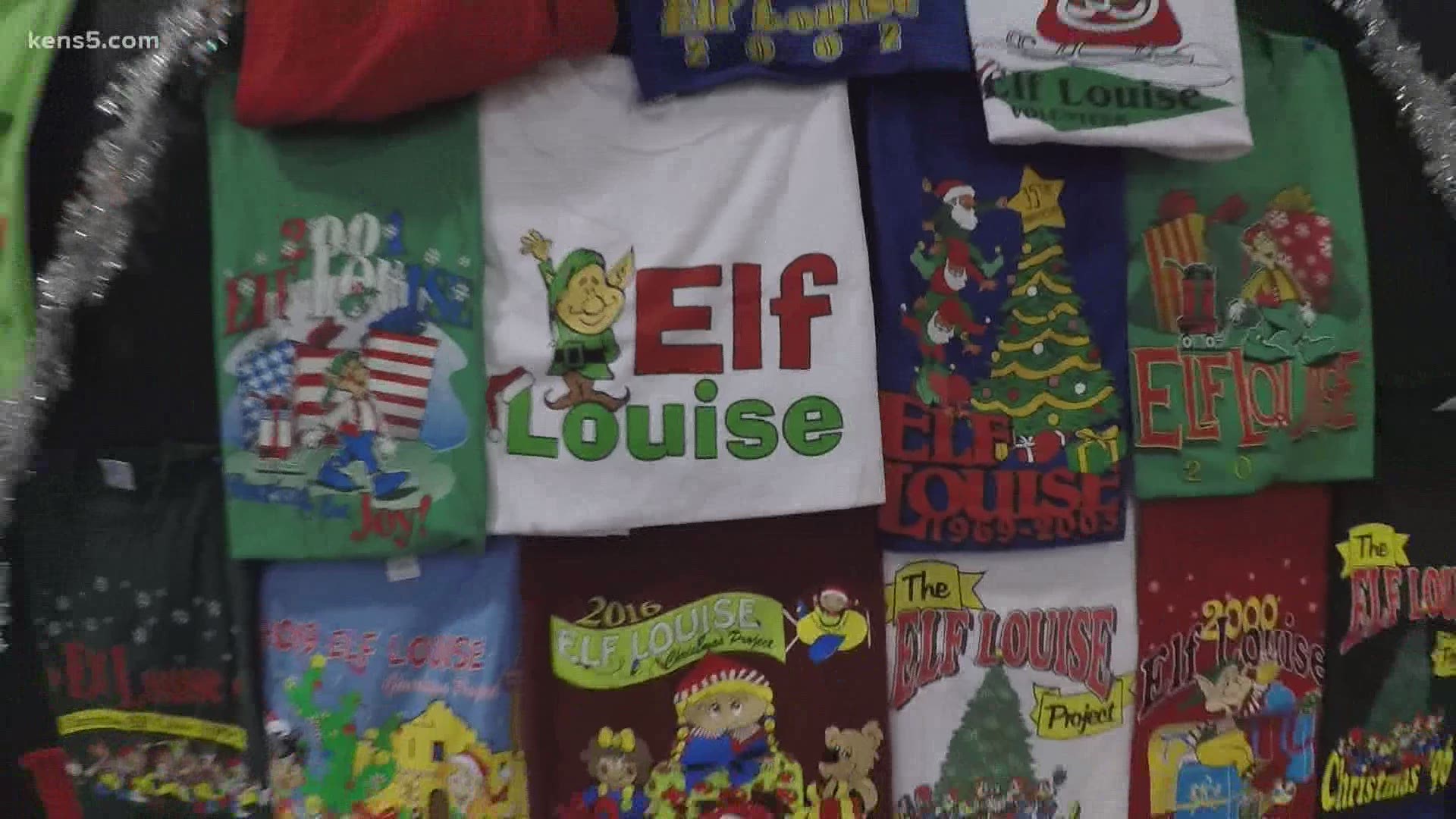 SAN ANTONIO — This year marks the first Christmas season for the Elf Louise Christmas Project without its founder, Louise Locker, at the helm. And though a lot is going to look different, what she put in place will be largely the same.

“The year has been entirely different,” said Executive Director Bill Harrison. “Not because Louise has retired, but because of COVID.”

You read that right. Elf Louise has retired.

“It’s different in that respect,” Harrison said. “But otherwise, we are going to keep the spirit alive that Louise brought to us 52 years ago.”

After more than fifty years as the face of an organization that has provided Christmas gifts for thousands of children over the years, Louise Locker has left the project in the hands of the band of 'elves' she spent the years building.

Sharing the news on Facebook earlier this year, she encouraged her followers to ‘Keep on believing anything is possible and making good happen.’

Local businesses like Gunn Chevrolet are still willing to make big donations to the cause because they know Louise is leaving behind passionate people like Harrison, who has been with the organization for thirty years. He said the parents who turn to them for help know this as well.

“They do know that we will stand on our heads if we have to, to get the presents to their children.” He said, gesturing to his Elf Louise T-shirt for 2020, which makes the same point.

To prevent the spread of Coronavirus, this year will not include an in-person Santa delivery. The gifts will also be delivered in white bags, instead of clear bags with wrapping paper. Harrison said that getting hundreds of volunteers in a room together to wrap gifts is just too risky.

He said that bringing that same Christmas experience to more children makes a big difference in a turbulent year like this 2020.

“It provides some degree of hope that yes, things will turn back around again.” Harrison said.

Harrison hopes that in the next 50 years, things look largely the same because Locker, along with the volunteers that have helped her over the years, has built Elf Louise to last.

“The spirit of Louise Locker is always going to be with the project.”