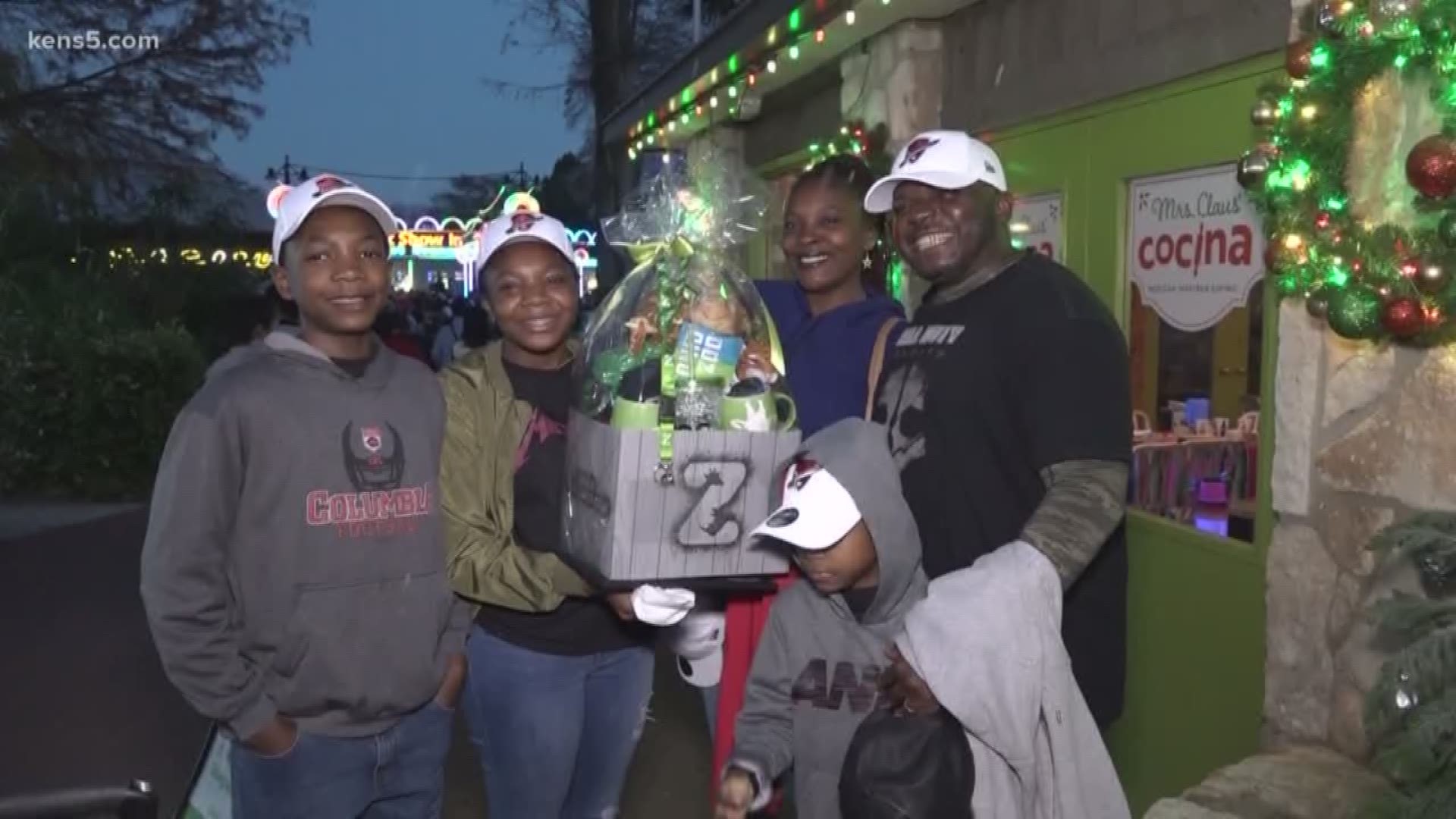 SAN ANTONIO — Two local families who've fallen on hard times got an early Christmas surprise at the San Antonio Zoo. One family is with SAMMinistries; the other stays at Haven for Hope.

The Robinsons found themselves going through tough times, and never thought they would be homeless.

"It was a stroke of bad luck, but a stroke of genius was finding SAMMinistries," father Tony Robinson said.

The Robinsons credit the local-non profit for turning their lives around.

"SAMMinistries welcomed us with open arms," he said. "They never made us feel like smaller than who we are."

Single father Anthony Berardi and his kids stay at Haven for Hope. They, along with the Robinsons thought they were just showing up to tour the San Antonio Zoo on Christmas Eve. But, the surprise was on them. The zoo gave both families dinner, some goodies and an annual membership.

However, the surprises didn't stop there. The city's new professional football team, the San Antonio Commanders, gave a touchdown of a deal. Commanders player Marlon Smith gave the family some new swag to wear as well as tickets and sideline passes to a game. Matt Bonner with the Spurs even showed up.

"It gives them a chance for some normalcy, to understand their lives are important as anyone else," SAMMinistries President and CEO Navarra Williams said.

It was a great reminder this Christmas Eve not to just always ask, but to give to those, our neighbors, who really could use our help.