This year, more than 500,000 people in the U.S. could spend the holiday either on the streets or in a shelter. 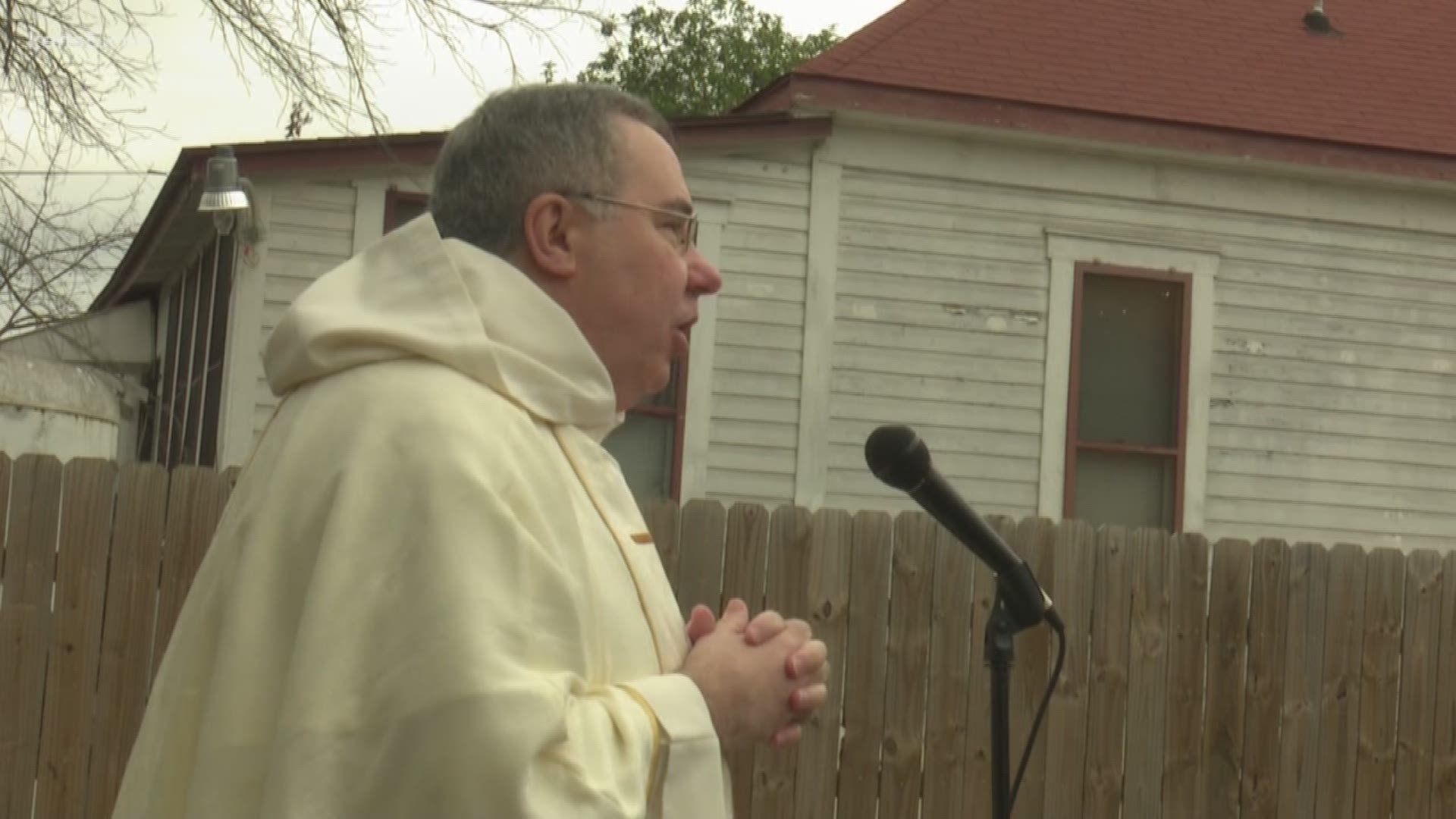 Christmas came early in east San Antonio and it included a Mass and a huge feast.

The Catholic Worker House hosted about 150 people who are homeless, offering much more than thoughts and prayers.

Heavy laden with bundles and packs, they came from the streets as the lyrics of "Joy to the World" filled the yard of the shelter on Nolan Street, where chairs had been set up on the lawn. A light mist fell for a while, but mild temperatures and the promise of a hearty, hot meal after the service were enough to keep the crowd growing throughout the morning.

Father John Markey told those in attendance, "If we pray together and eat together, we're brothers and sisters. This is a celebration of God's love for the world, so everyone is welcome here."

Remembering another family from long ago that struggled while far from home, Markey said, "God is with us. We are not alone in this world. Even if the world doesn't care, God cares. Everyone matters to God."

The challenges of the local homeless population matter to city leaders.

Representatives from the city's Human Resources department recently said the city spends about $10 million every year trying to help the homeless become self-sufficient. During a recent report at the SAPD East substation, a representative said over the past 12 months, there have been 175 outreach events to help the homeless, but only 22 percent of those contacted agreed to access the free services that are available.

The spokesperson said during cleanup events of illegal camps around town, the city had removed 380 tons of debris, an activity that continues constantly, year-round.

At Monday's Mass, many of the chronically homeless said they were grateful for the support of the many people who keep the doors at the Catholic Worker House open.

For guests who become members, there is free hot food and access to laundry facilities and mail service. There is also a sheltered courtyard where people can find safety from the streets.

Monday, a sizable volunteer force helped stage the event, providing a meal of bounty with lots of choices and seconds on many items.

"We all come together as a community," volunteer Mary Powers said. "We all long to belong to something and it brings us together even more."