Districts plan to have meal programs in place to ensure kids get their nutrition. 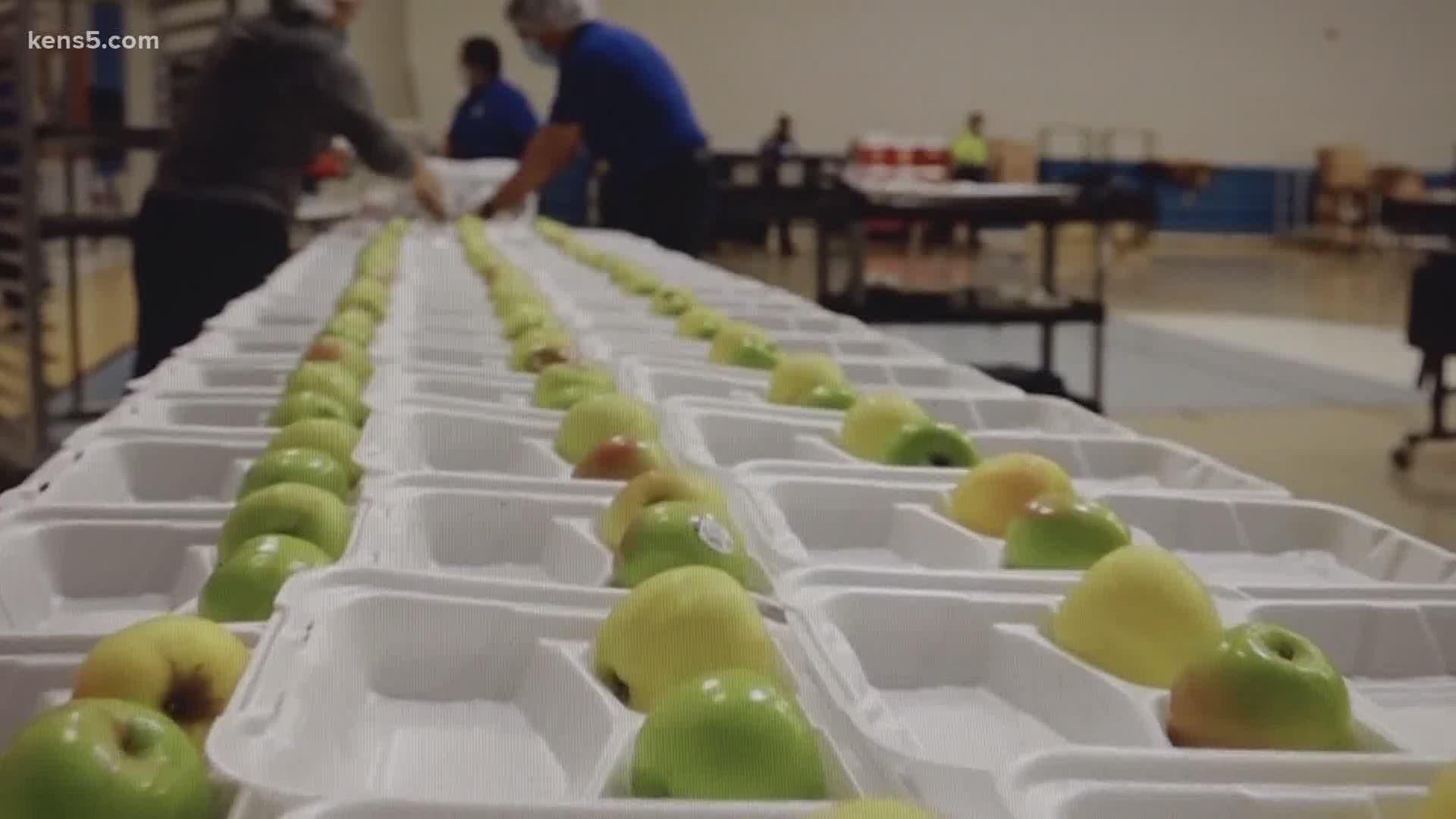 SAN ANTONIO — In a normal school year, public school students are able to get their breakfast and lunch at school during the week. Many area schools have continued to offer those meals during the pandemic at students stay home.

"We know that meals are very important to many families, even in the summer time, and unfortunately for some students that's really the only nutrition that they are getting," said North East ISD Spokesperson Aubrey Chancellor. "So it's a priority of ours to continue that even once school is over."

The district will continue its curbside meal program, holding distribution days on Mondays and Wednesdays from 10 a.m. until noon. The district says it will be included enough food in those packages to hold families over until the next distribution day, for both breakfast and lunch.

If the child is not present, parents should bring a birth certificate, school ID or report card.

The San Antonio ISD has a curbside program right now which will continue through June. Jenny Arredondo, the district's senior executive direction of the Child Nutrition Program, says they'll be operating on 28 different campuses.

"We will also supplement through our SAISD Eats program, which is run by our transportation department, and they actually have 70 stops on their routes," Arredondo said.

Meals curbside will be given out Monday, Wednesday and Friday from 10 a.m. until noon.

As of Friday, IDEA Public Schools says it has served more than 2 million meals since March 19 to children all the way from El Paso to the Rio Grande Valley, San Antonio, Austin and even as far as New Orleans.

"As word gets out that we are serving meals and doing bundles with all those meals, people realize the value of stopping by and grabbing meals for their kids," said Layne Fisher, vice president of auxiliary services with IDEA Public Schools.

The district will continue offering curbside meals every weekday, while also distributing weekend meals on Fridays.

Northside ISD says they are still in the planning stages for the summer, but do intend to have their current meal-serving schools continuing their Grab-n-Go Meals program through July 2nd.

RELATED: Texas families with children who receive free or discounted meals at school will get $285 from state