Kyle Watkins has been waiting all year to see his 10-year-old daughter in person. Wednesday afternoon, he got that chance. 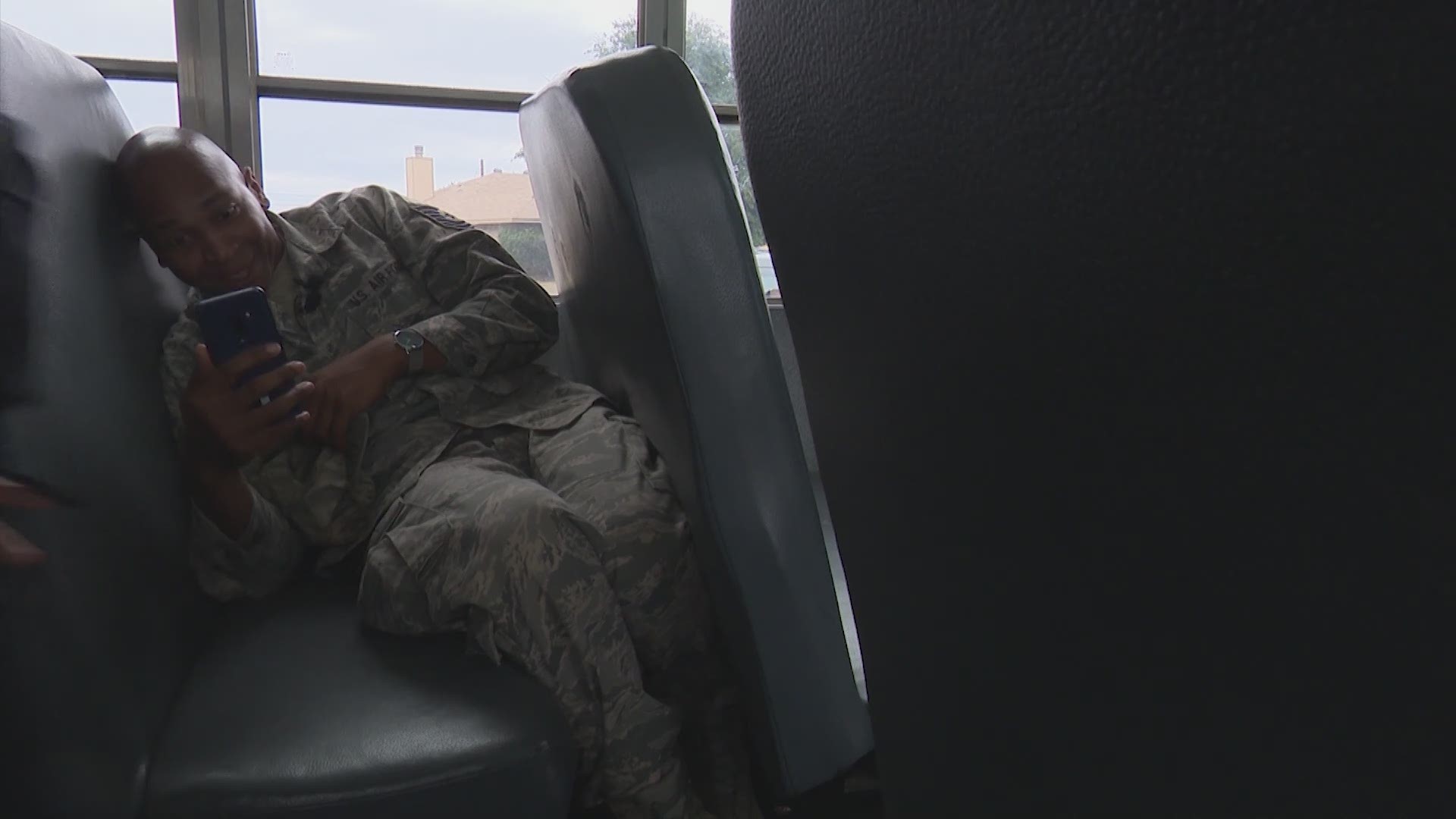 DUNCANVILLE, Texas — Hugging your son or daughter after they get home from school is a given for a lot of parents -- but not for Kyle Watkins. He is an Air Force tech sergeant who has been stationed at an airbase in Kuwait, Aljaher since March.

Watkins has raised his daughter, Amaya, on his own since her mom died eight years ago. He hasn't seen Amaya, who is now 10 years old, since moving to Kuwait. That is, until Wednesday afternoon.

Watkins showed up just before 4:00 p.m. Wednesday, when the kids usually get on the bus at Brandenburg Intermediate School. He sat slouched down out of sight, two seats back from the bus driver. He was going to surprise Amaya.

After all the boys filed onto the bus, it was time for the girls. Amaya -- first in line -- stood behind one of her teachers.

Once she stepped to the side and Amaya started walking forward, Watkins let out a loud, "Amaya!"

The two hugged and kissed each other. They didn't let each other go as Watkins repeated, "Hey baby" to his crying daughter. They were happy tears.

After rousing applause from Amaya's classmates, Watkins said with a huge smile, "Now it's time for us to go get something to eat."

Beyond having meals together, these two now have time to simply be dad and daughter.

"Now we're going to be a family again," Watkins said.