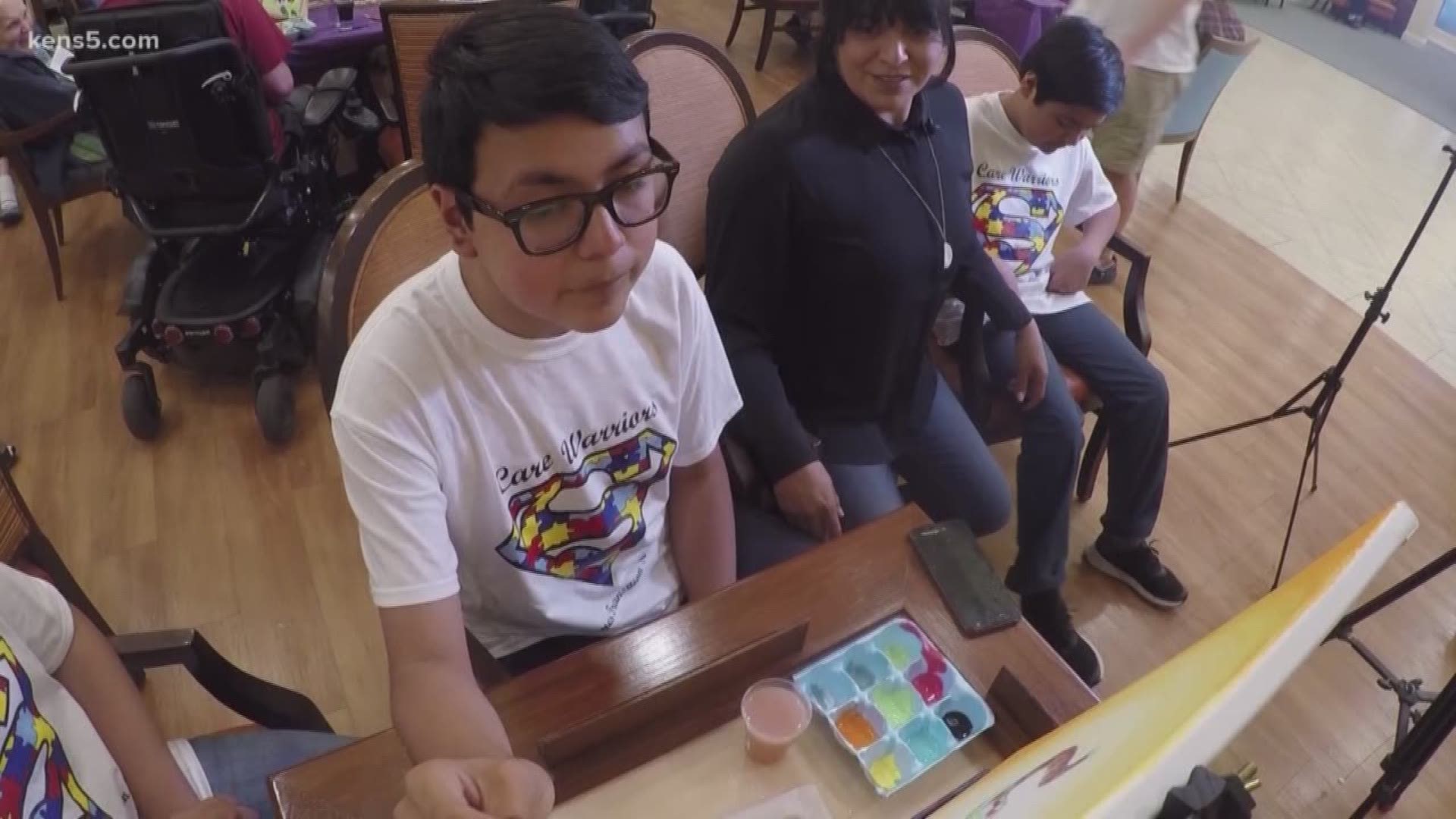 It was a unique way to spend the summer for a group of teens and young adults.

The residents have Alzheimer’s and dementia and they learned how to paint.

Their teachers were called ‘Care Warriors’ and they face hurdles of their own.

Carter Shute is autistic and was attending the camp.

Kids with developmental disabilities were paired with memory care patients so that they could learn from each other.

Nathaniel Garza is an artist with autism and was happy to share his gift with the residents.

“I’ve learned how to be some type of art teacher for the residents here. I showed them how to paint a hummingbird and they really liked it,” Garza said.

Raeme Bosquez-Greer runs the ‘Camp Warrior’ summer program with help from her husband, mother and daughter.

“When I do have the ‘Care Warriors’ here it’s much more energy, more interaction,” Bosquez-Greer said.

In the program, the kids weren’t just painting. They also learned life skills, like how to cook.

Danny Gomez, a chef at Poet’s Walk Memory Care Center said they were all anxious to learn.

“So, it’s basic skills first. Serving, preparing, tasting; all those things you are going to need in life anyways,” Gomez said.

Valeria Suniga, Nathaniel’s mother, said the program has been beneficial to all three of her sons, two of whom have autism.

“As a mother of special needs, that’s what we want for them; to be independent. We want them to get older and be able to be functional in society,” Suniga said.

It wasn’t just about the activities either, but the importance of sharing time together.

“It’s just like having your own children with you again,” Shephard said.

Bosquez-Greer said the one-on-one time meant the most to these residents.

“It’s a lot of one-on-one that they really enjoy,” she said.