"They kept asking me, 'Daddy, when are you coming home?' Feels good to be back now." 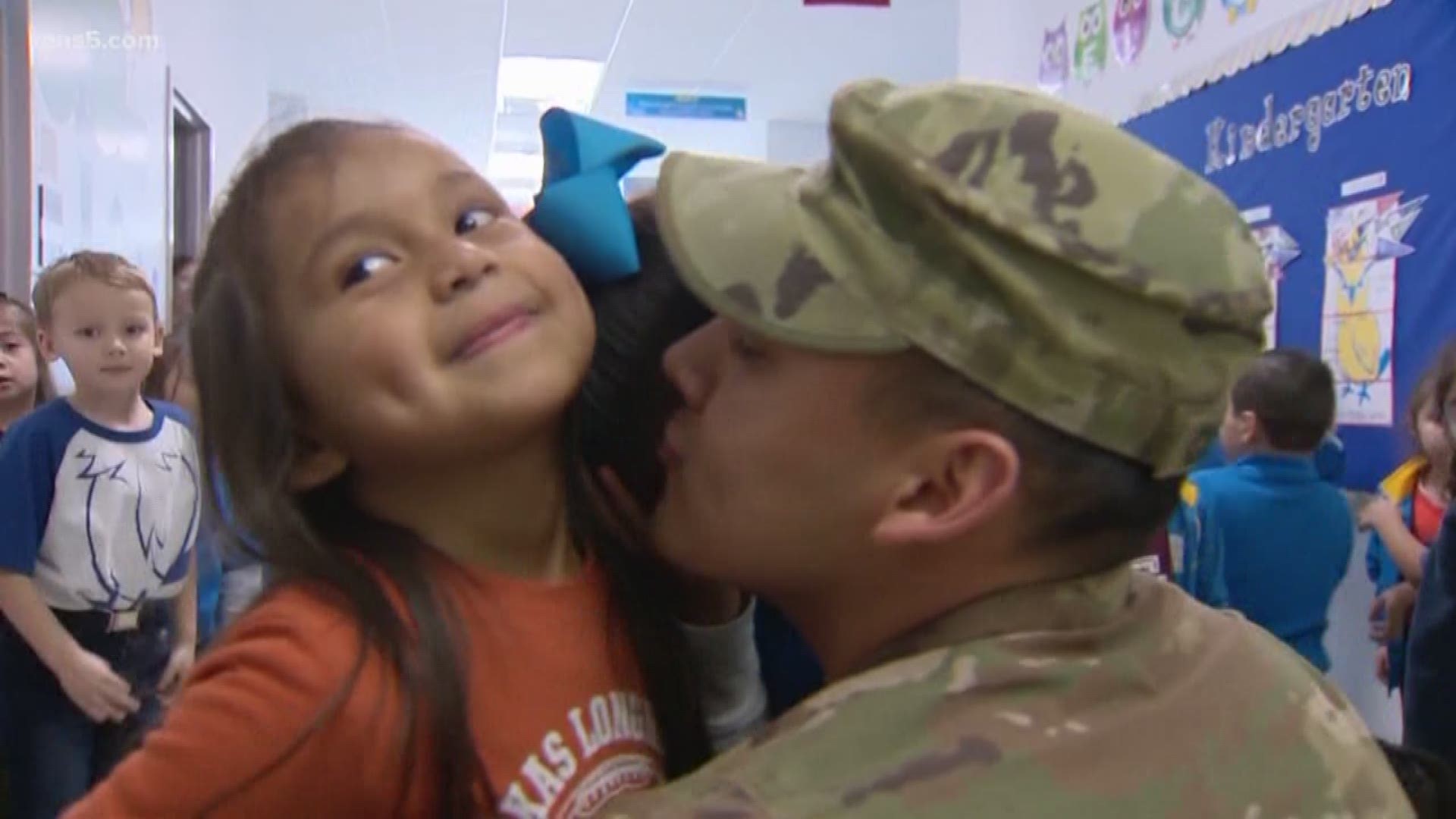 SAN ANTONIO — There was an emotional disruption in class at IDEA South Flores (So Flo) Monday afternoon. U.S. Army Sergeant Jon Casares reunited with his daughters after a nine-month deployment overseas. Pre-K and kindergarten students gathered in the hallway for an impromptu pep rally with the So Flo mascot, Hootie the Owl. Two of them were unaware that they were right at the center of all the hype. Kindergarten student, Aubree, and her little sister, Jaelynn, braced themselves for a special surprise after being called out of the crowd by Hootie. They survived the nerve-rattling wait with careful smiles and fidgety fingers until the big yellow owl returned with the answer to their long-awaited prayers. Decked out in full battle dress uniform, Sgt. Casares fell to his knees and embraced his daughters for the first time in nearly a year. Aubree melted into his arms, covered her face, and wept while Jaelynn stood close by seemingly in shock with a deep-dimpled smile on her face.

“It’s just so good to be home,” said Casares repeatedly. “I landed this morning, actually. I’m just happy to see my kids. That’s all.”

During his deployment, he toured several European countries, and shared with KENS 5 that he’s exhausted from jet lag but excited to enjoy some San Antonio cuisine with his family.

“I haven’t had a taco in nine months,” Casares said.

The family took pictures together while the girls’ classmates partied in the background with Hootie. Casares said he would not be deployed again for a long time.