Instead of birthday gifts, 3-year-old asks for donations to rehabilitation center

Generosity knows no bounds. Or, in the case of young Harrison Nicholl, it knows no age. 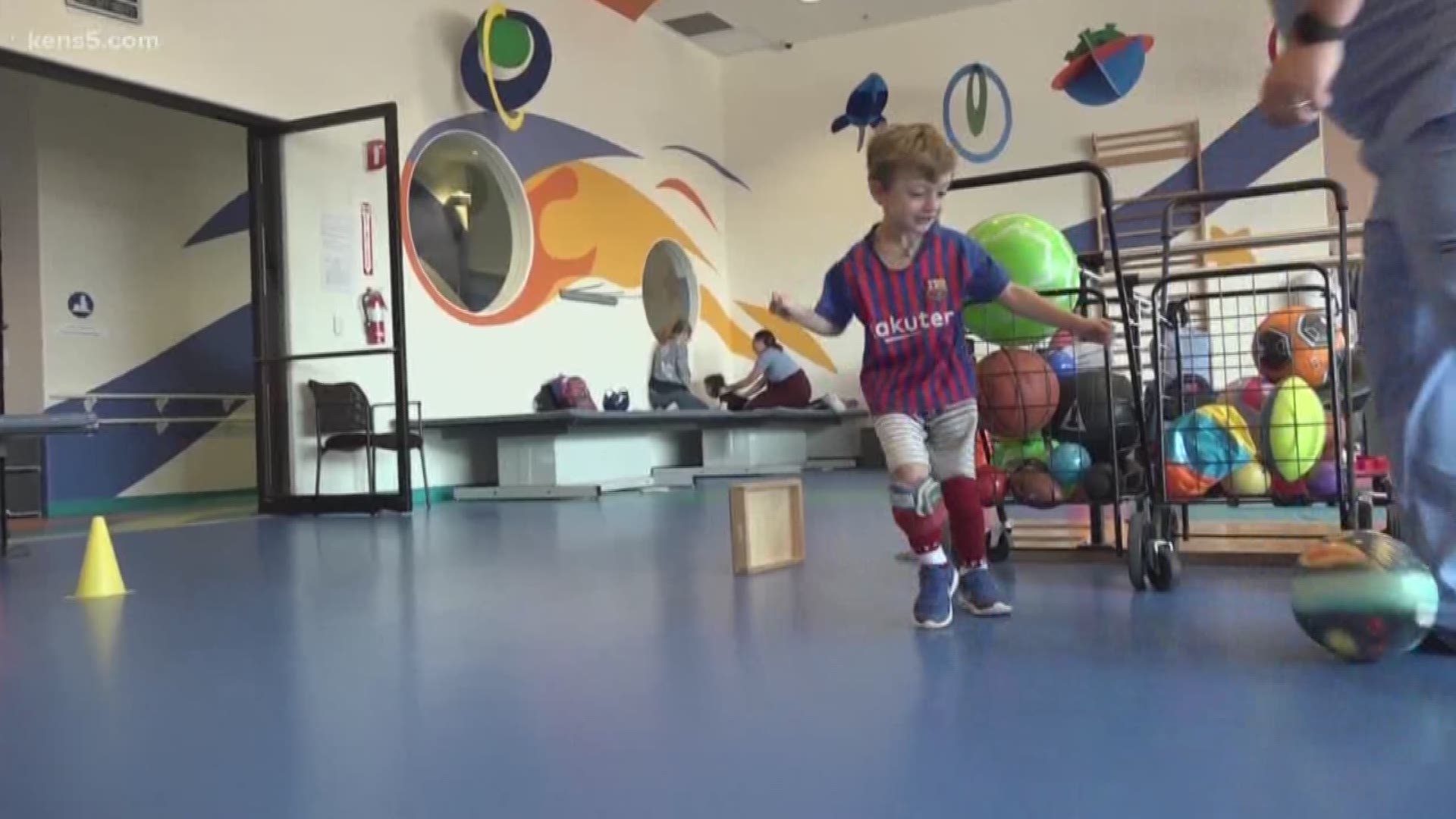 SAN ANTONIO — Harrison Nicholl is going after his goals, and making a few along the way.

On Tuesday, the 3-year-old met up with his physical therapist, Jose Ponce, for one of their weekly sessions at the Children's Rehabilitation Center TeletonUSA (CRIT).

"I have just as much fun as he does," Ponce said. "He's committed to excelling at whatever he does."

Ponce starts things off with a game of soccer, Harrison's favorite activity. Then they step over hurdles, walk a balance beam and go up a set of stairs.

To Harrison, it's just a game, but Ponce said each task is designed to make him stronger.

"It's dynamic play," Jose said. "It's getting him to engage his leg muscles."

Harrison's mom, Lacey Nicholls said her son was born early. He had a stroke in her womb. Harrison has cerebral palsy and paralysis on his right side as a result.

"His dad and I were really devastated. The prognosis wasn't very good," Nicholls said. "They told us he would never walk or talk. They were surprised he could even breathe on his own."

After two years of physical therapy, Harrison is defying the odds. He's making even greater strides now with the help of a new device called the Bioness L300 that he started using two months ago.

"We saw huge, instantaneous changes in his walk, in his gait, in his movement pattern—which was so exciting," Nicholls said.

The device sends an electrical signal to his muscles, making it easier for him to lift his foot and toes so he doesn't trip while he walks.

Nicholls said the device isn't covered by insurance. Her family had to pay $50,000 for the tiny piece of technology; it's money CRIT doesn't have to spare.

Harrison turns 4 years old in two weeks. Rather than birthday gifts, he's asking for donations to CRIT so they can purchase a Bioness L300 of their own.

"This device is going to open many doors for many other children," Ponce said.

Nicholls said Harrison wants to help other kids become superstars on and off the field.

"We wanted to do something for others," Nicholls said. "We told him there would still be a big big party, lots of cake, and his friends will be there and he was on board!"

Josh Miller, a representative with Bioness, said they were able to bring down the cost of the device package to $23,000 since it would be going to a good cause.

"Harrison softened us up a little bit," Miller said. "Ultimately, it would be good for San Antonio. We want them to have access to this technology. CRIT would be the only pediatric facility to have our technology, so that's important to us as well."

The fundraiser for CRIT will be on Dec. 1 from 12 p.m. to 3 p.m. at the Backyard on Broadway. During that time, 100% of the proceeds will benefit CRIT. You can also make a monetary donation through the Facebook fundraiser page here.