A 15-year-old San Antonio boy will be making a new impression with a new smile. 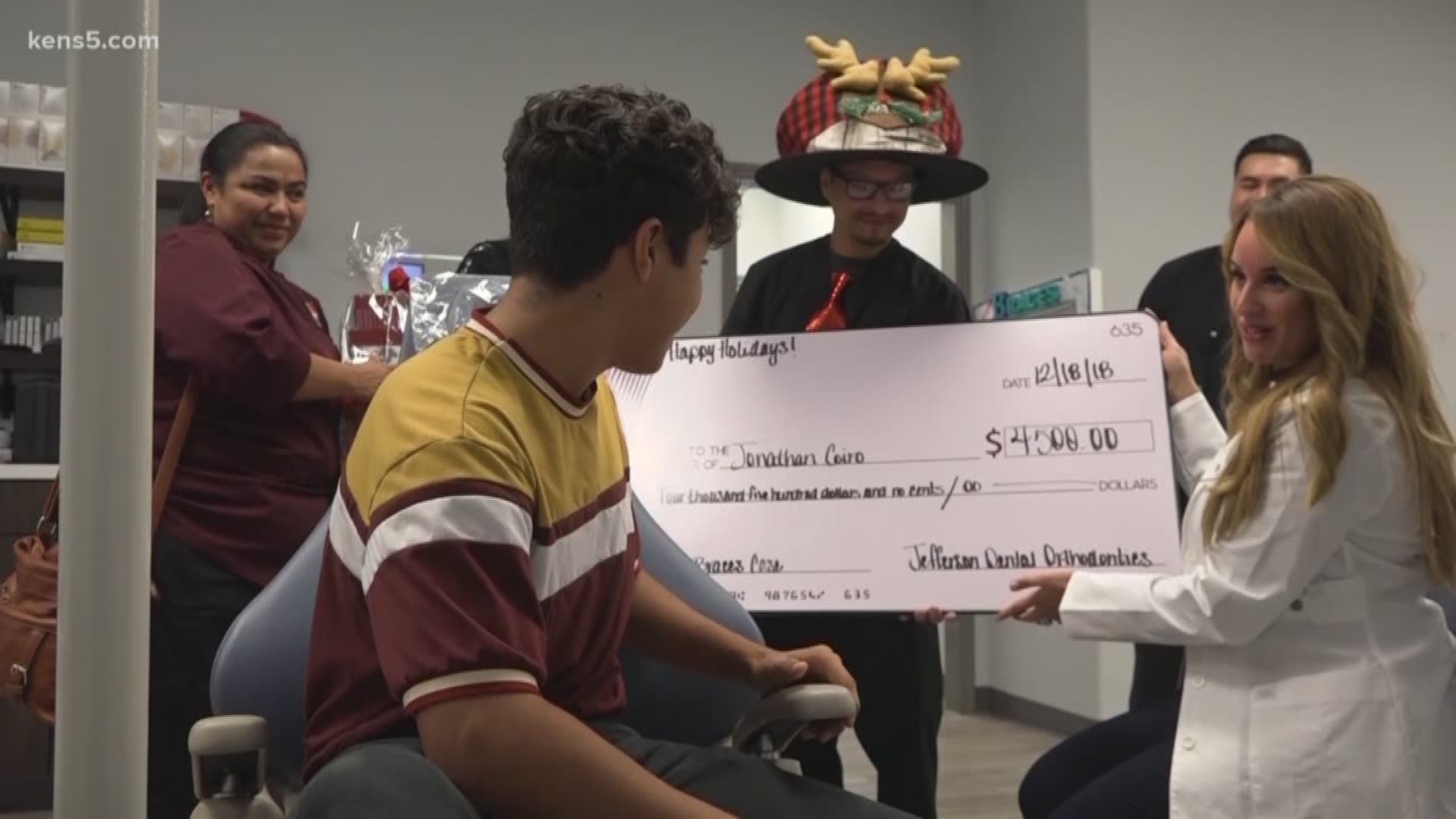 SAN ANTONIO — They’re not something that most kids want for Christmas, but for Jonathon Coiro, he was hoping for braces to fix his smile.

“I have a lot of gaps in my teeth, and I’ve been really insecure about it,” Jonathon said. “I don’t even smile in pictures because I really hate the way my teeth look."

But after tough times hit the family, that dream for the perfect teeth was gone. Jonathon’s father passed away a few months ago, leaving the family with no major source of income. Since then, his mother, Maria, has been supporting the family.

“Since my dad’s death, it’s been really rough on the family,” Jonathon said.

Maria said that they lost their health insurance when her husband died, and Medicaid denied the coverage for Jonathon’s braces.

Dr. Ayla Idilbi with Jefferson Dental Care was moved by Jonathon’s story after he came into her practice a few weeks ago.

“Our job is to make people smile and to make them love their smile, to make them confident about how they look. So when we saw Jonathan, it truly touched our heart,” she said.

Idilbi and team then decided to donate the money to get Jonathon his braces. They surprised him with the check on Tuesday, and just a short time later, Idilbi put on his braces.

Jonathon said he was so thankful for his Christmas miracle, and now has a lot to smile about.

He also said he wished his dad was there to share his joy.