Lytle community rallies around 4-year-old in need of transplant

Josiah has a genetic disease that impacts his liver and Kidneys. 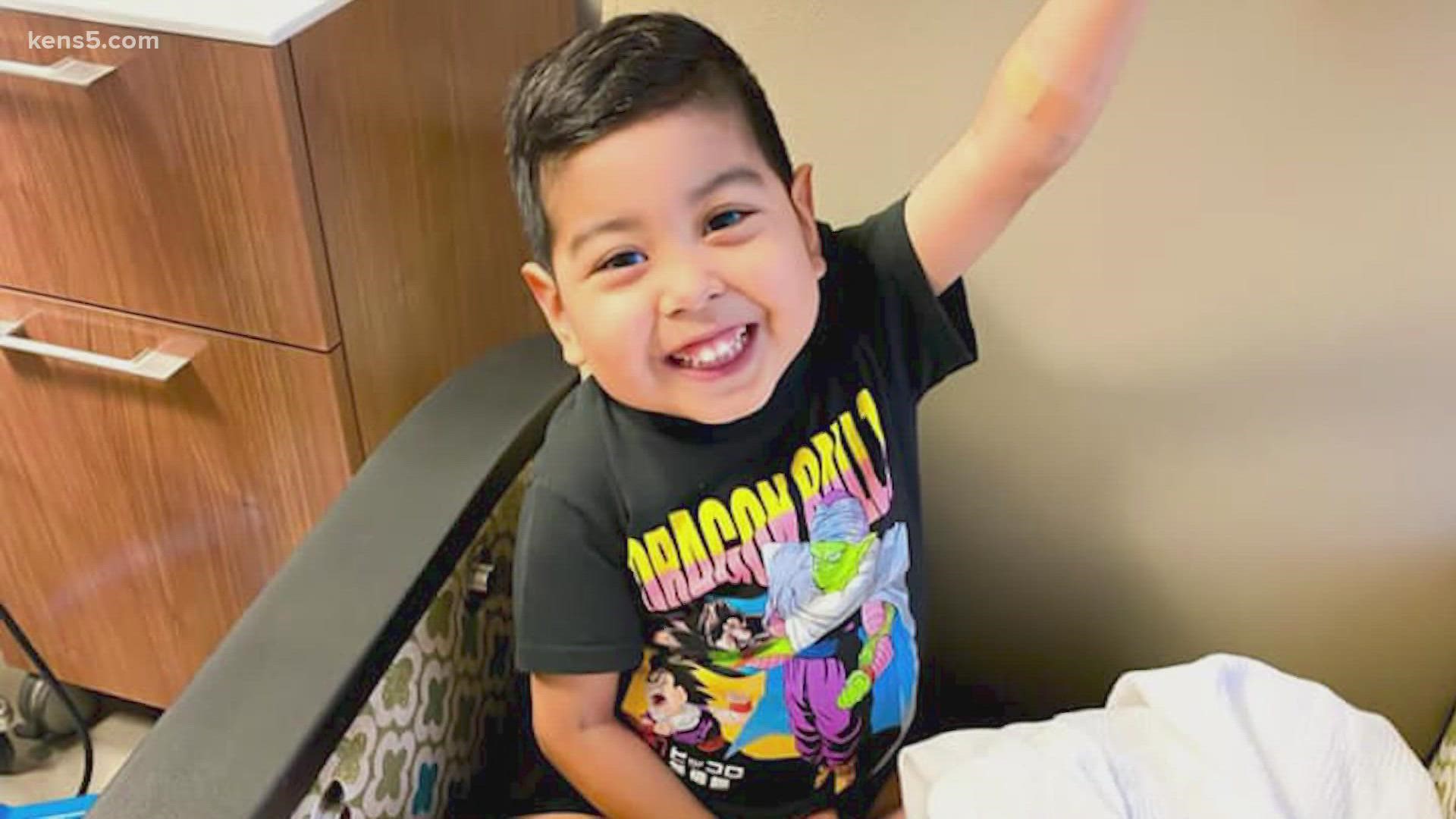 SAN ANTONIO — In two days, the family of a four-year-old in Lytle, Tx battling a rare genetic kidney and liver disease has raised over five thousand dollars.

Michael Aguiñaga is pretty sure his son Josiah wants to grow up to be a chef.

“He has a little toy barbeque pit, you know? And he’ll put food on the Pit, and he’ll walk away and go do something, and he’ll come back to the pit and flip the meat,” Michael said.

The plastic food items in Josiah’s collection may not be as appetizing to the guests at Saturday’s fundraiser at the True Value at 14940 Main St, Lytle, Tx where his family will be raising money for a trip to Houston. Unfortunately, it’s not for a vacation.

“The first thing the doctors told us was whatever you guys do, how much you want to, don’t google it,” Michael recounted the advice he received from Josiah’s doctors when he learned of his Son’s disease.

“Because, you know we’re first-time parents. We’ve never heard of this disease before,” he said.

Just two days after his birth, Josiah was diagnosed with autosomal recessive polycystic kidney disease or ARPKD, a rare genetic disorder effecting the kidneys and liver.

“He has a lot of scarring in his liver, and they call it cirrhosis,” said Josiah’s Mother Erika. “And over time, it loses function, as well as the kidneys.”

When Josiah does eventually receive the transplants he needs, the procedure and recovery will require that they stay in Houston for two months.

Michael plans on taking an unpaid family leave from his oil working job to take care of Josiah as he recovers.

“As our world stops a little bit during this transplant, unfortunately bills and stuff doesn’t.” Michael said.

He says as challenging as everything has been, he is heartened by the support the community has shown his family.

“It’s going to make it a lot easier, that support and love we’re getting from everybody,” he said.

The Aguiñaga family’s burger bag fundraiser is being held at the True Value at 14940 Main St, Lytle, Tx. People who want to help can also donate to their Gofundme page.