"We would have a completely different outcome had they not been willing to step up," said Bailey's mom, Sharla Adam. 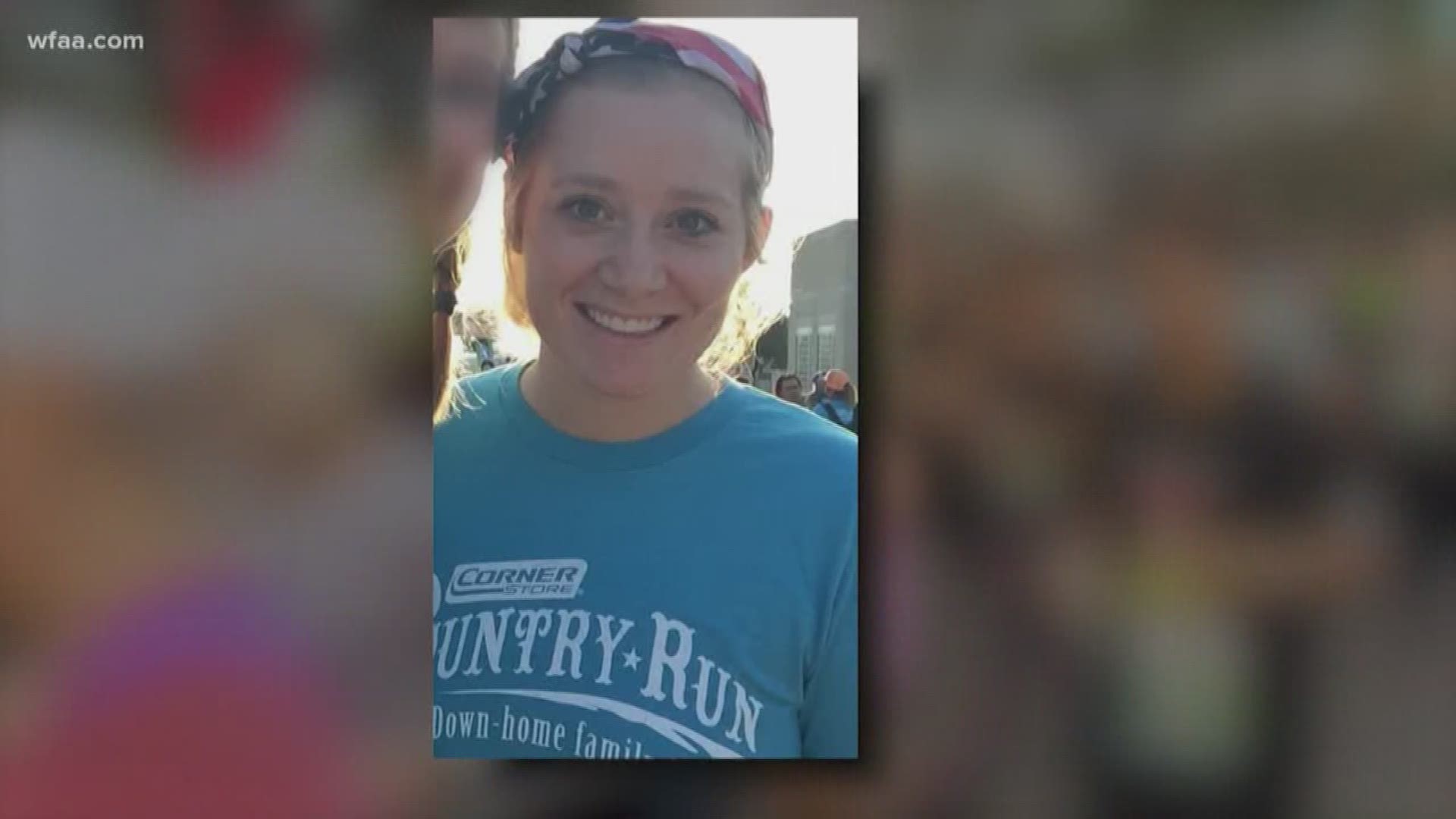 DALLAS — A heart attack survivor in Dallas thanked the paramedics and doctors on Thursday who saved her life after her collapse at the Dallas Rock and Roll Half Marathon. She is still searching for the bystander, or perhaps fellow competitor, who stopped first to give her CPR until Dallas Fire-Rescue arrived.

Bailey Adam, 27, of McKinney, was taking part in her first half marathon on March 24. She'd competed in smaller 5K races before, but this was her first attempt at the longer distance.

She entered knowing full well she has a congenital, inherited heart problem called hypertrophic cardiomyopathy. It causes a thickening of the heart wall making blood flow more difficult and can lead to dangerous irregular heart rhythms as well. But her most recent doctor's visits had gone well and there were no restrictions placed on her activities.

But at mile 12 near Lake Cliff Park, she collapsed.

"Pretty incredible," she told WFAA in a news conference at Methodist Dallas Medical Center. "I don't remember too much about it. But when I woke up I had a lot of loving eyes. People that seemed to really care," she said of the doctors, nurses, and her parents who were waiting for her to wake up.

Hypertrophic Cardiomyopathy is the number one cause of sudden cardiac death in young athletes. Two of the most notable cases were basketball stars in the 1990s: Hank Gathers at Loyola Marymount and Boston Celtics star Reggie Lewis. The condition nearly claimed Bailey's life too.

"You know I try not to think about it too much," she said of doctors telling her just how close she was to death. "A little scary. The first time I heard cardiac arrest death was kind of hard to hear."

But her doctors and paramedics say there is one more person she should thank. When Bailey collapsed someone in the crowd started CPR and kept working on her for the five minutes it took for paramedics to arrive.

"So there was like an angel looking over you that day," one of the members of Dallas Fire-Rescue told her.

"What happened to her is a miracle," said Dr. Mark Jenkins, Medical Director of the Methodist Dallas Heart and Vascular Clinic.

At a gathering arranged by Methodist Dallas Medical Center, Bailey was able to thank the paramedics and thank the team of doctors who decided to implant a defibrillator in the event her heart fails again.

Bailey is still searching for that face in the crowd who was the first to give her a fighting chance.

"I just want to say thanks. Thank you for showing up that day. I don't know if they were watching or running. But I'm just so glad they were there," she said.

"We would have a completely different outcome had they not been willing to step up," said Bailey's mom, Sharla Adam.

Bailey's mom shares the same heart condition, it runs in their family. And she shares the desire to find her daughter's savior too.

"Well, I hope they have no problems with hugs. Because I'm gonna hug and hold on tight and really thank them for saving Bailey's life. Because had they not been there, I don't think she'd be here," Sharla said.

Bailey is expected to be ok. Even better, she hopes, if she can find and meet her Good Samaritan. But whoever you are, be ready for the hugs of a very thankful mom.