Proceeds from "Roll Cyrus Roll" go to a good cause. 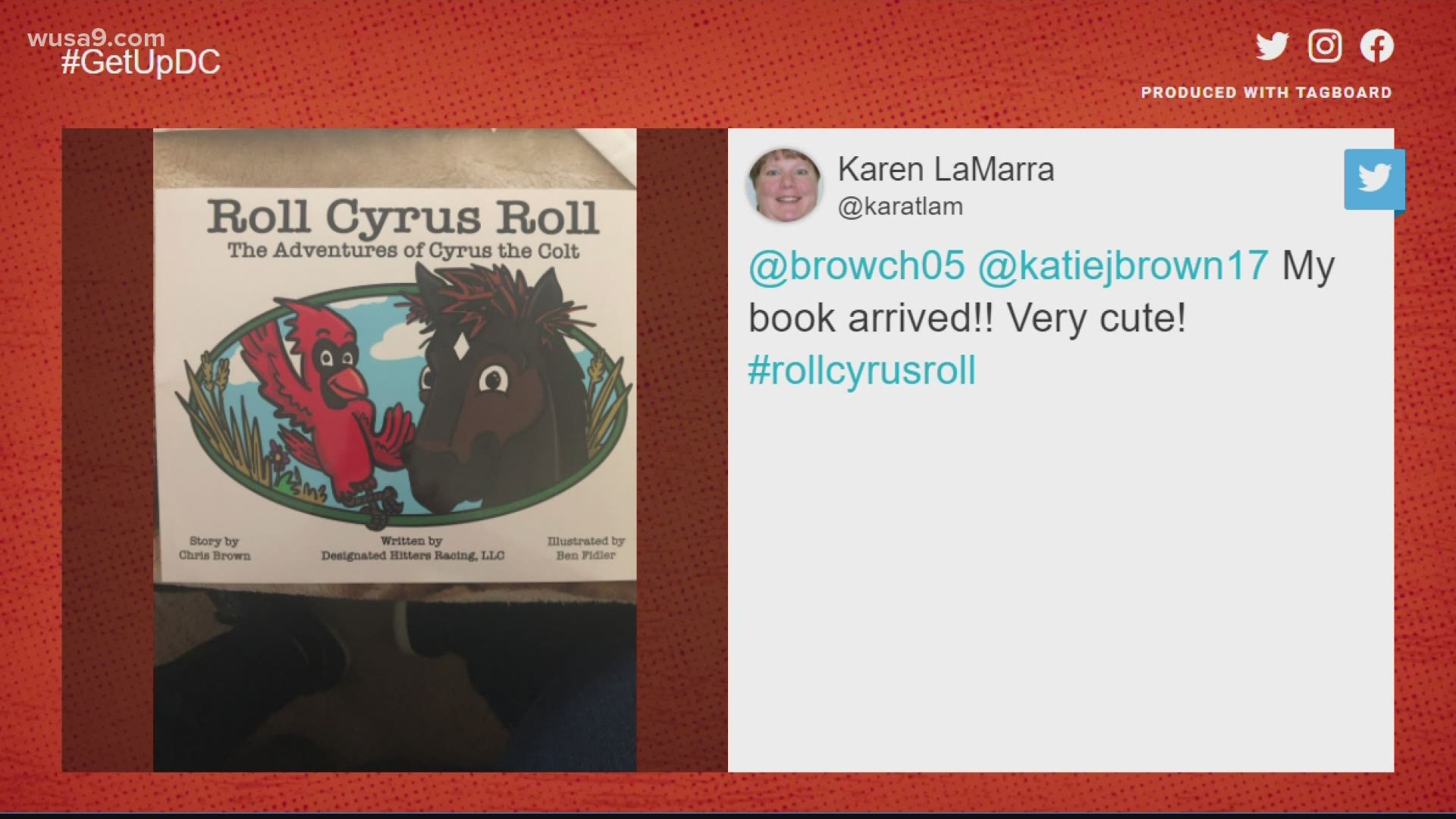 REISTERSTOWN, Md. — Saturday is the Preakness Stakes. About 25 minutes from Pimlico race course is Mantua Farm. On that farm is a horse named Cyrus

Cyrus became a viral sensation when one of his caretakers, Chris Brown, shared video of Cyrus struggling to roll after getting a bath.

Most horses like to roll in the dirt after getting washed.

The post blew up on social media as thousands of people from around the world followed Cyrus' attempts to roll.

Brown offered to send out Cyrus Christmas cards, and got so many requests he came up with the idea of making a children's book.

He wrote the story titled "Roll Cyrus Roll: The Adventures of Cyrus the Colt.

The book was a hit.

The first printing sold out on Amazon within a week!

And it's a good thing that the book is so popular. Part of the proceeds go to the Thoroughbred Retirement Foundation, which makes sure that race horses that no longer race are taken care of.

And we're told that Cyrus does in fact roll now.

Be sure to subscribe to the Get Up DC newsletter, where we'll be sharing an uplifting story every morning as well.

WUSA9 is now on Roku and Amazon Fire TVs. Download the apps today for live newscasts and video on demand.

Download the WUSA9 app to get breaking news, weather and important stories at your fingertips.