Rep. Celia Israel was set to marry her partner of 26 years on the House floor on Thursday. 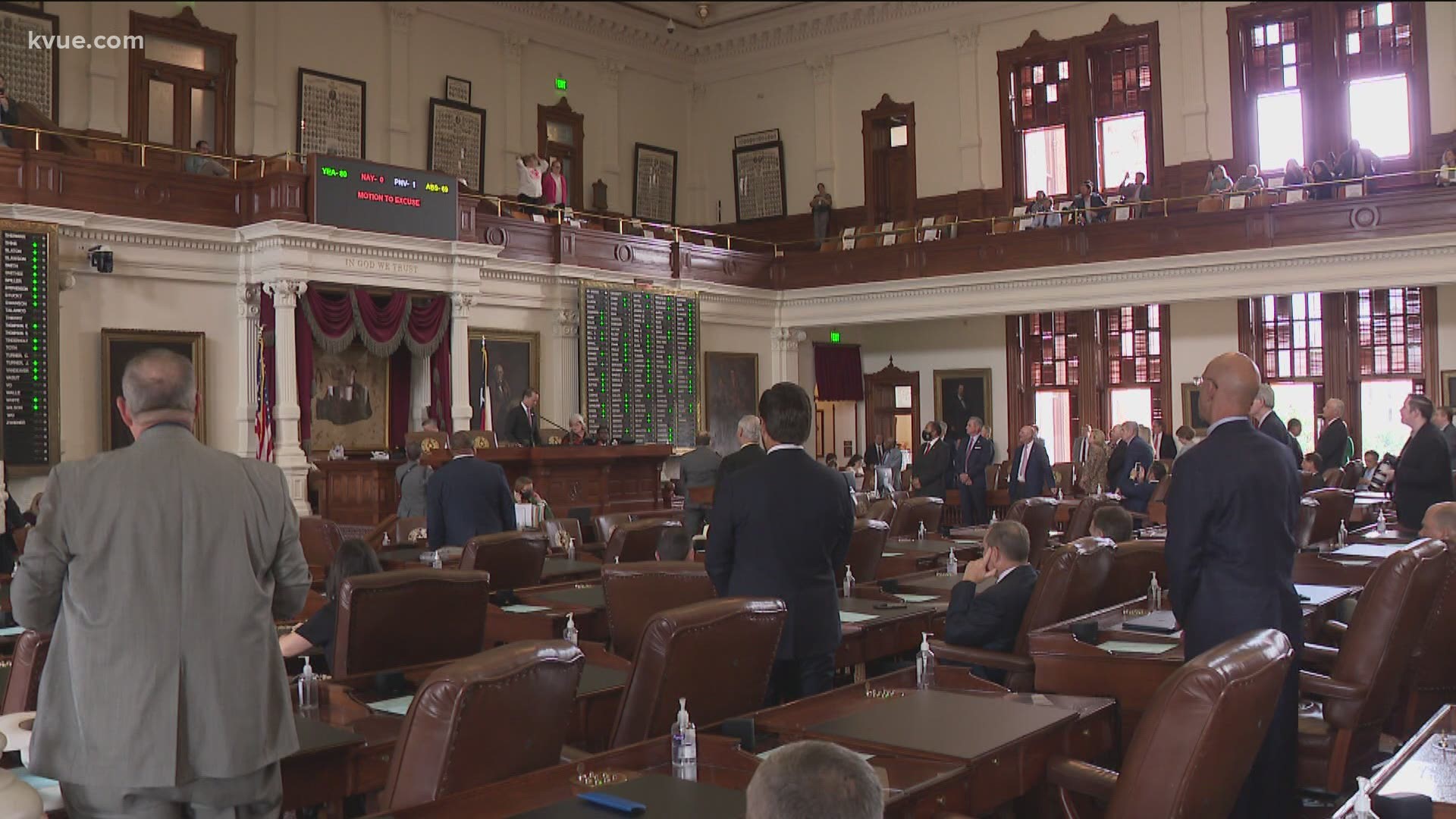 AUSTIN, Texas — A Democratic Texas representative is delaying her “I dos” to tell "a Texas story."

Democratic State Rep. Celia Israel was set to marry her partner of 26 years on the House floor Thursday. Instead, she’s in Washington, D.C., breaking quorum during the Texas Legislature’s special session.

The Austin representative’s fiancée, Celinda Garza, was getting fitted for her wedding outfit when Israel’s colleague called her and told her the Texas House Democrat’s plan to leave the state.

“It was hard for me to get the words out of my mouth, to say ‘We’re breaking quorum,’ and she was not happy,” Israel said.

RELATED: VERIFY: Who's paying for Texas Democrats' trip to Washington?

Israel said online voter registration is one of her signature bills, so it was important to her to fight against election reform bills not only in Texas, but across the U.S., even if it means sacrificing the long-awaited ceremony.

“I feel good about what I’m doing,” Israel said. “Yes, it was a difficult moment for my family, but we’ll get through it for the love of Texas.”

The couple was also planning to head to Marathon, Texas, for a country music festival to celebrate. She said they will reschedule the wedding on the House floor, as it's symbolic of the time her family has given up to her legislative priorities.

“I spent a lot of time in the Capitol, given a lot of my time and energy, because I love this state,” Israel said. “We've had a lot of battles, mostly negative battles, about LGBTQ families and Texans, and it would have been really cool to get married on the House floor as a gay couple.”

At the end of the day, Israel said she loves both Garza and her job serving Texas. She said this was a test of her “good, strong relationship.”

VERIFY: Who's paying for Texas Democrats' trip to Washington?