Chance Veazey's Bulldogs baseball career was cut short before it could start more than 10 years ago. 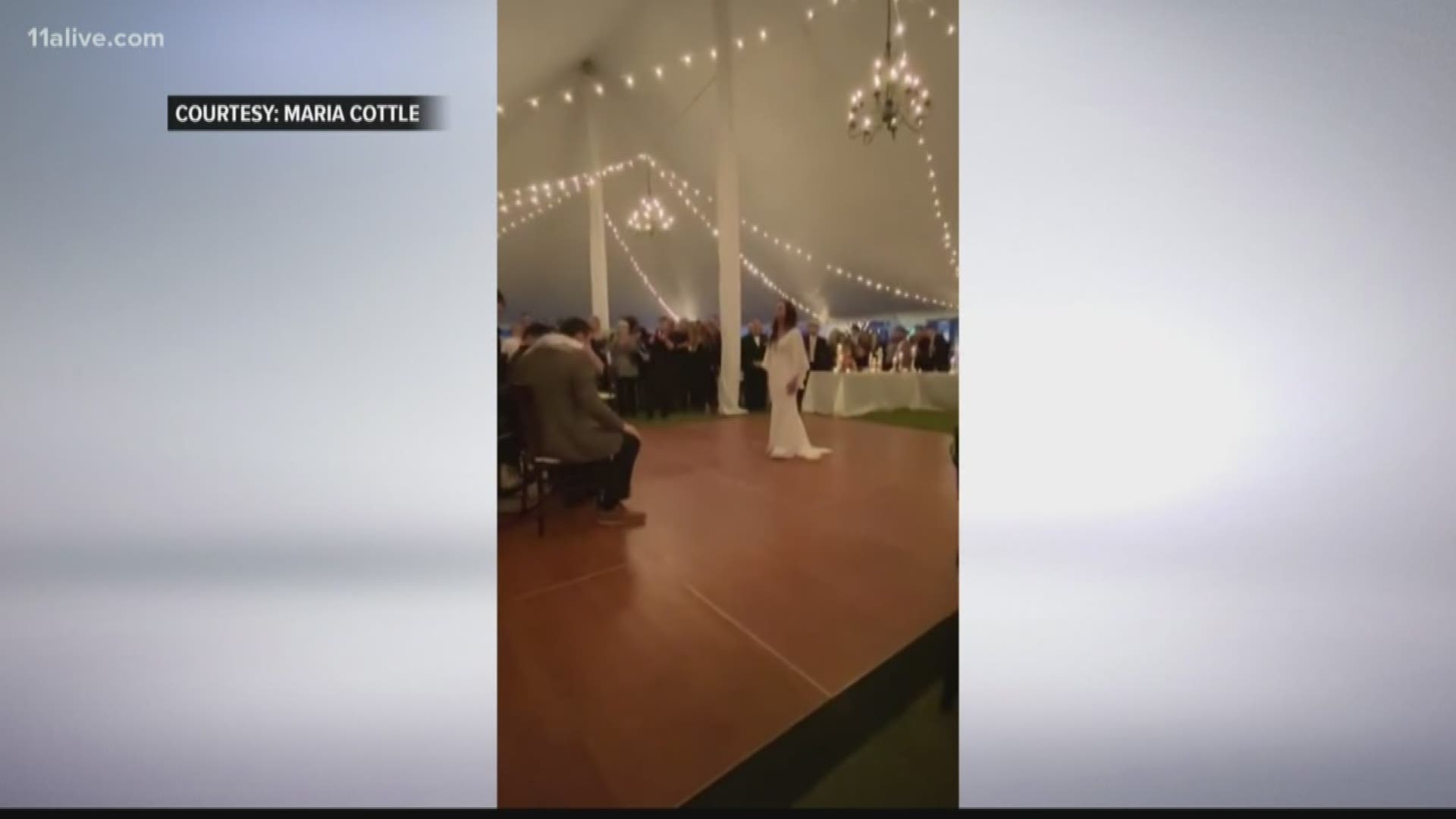 An incredible love story reached its storybook ending when a former UGA baseball player who was paralyzed from the waist down more than 10 years ago danced with his new wife at their wedding last weekend.

Chance Veazey was injured back in 2009 when his scooter collided with a car on campus in Athens, according to an Associated Press report from the time.

A star at Tift County High School in south Georgia who hit .444 his senior season, the injury ended his Bulldogs baseball career before he could play a game (though not before, as a 2009 AP profile noted, he hit a home run on his final at-bat, in a UGA practice game).

What followed was a rigorous rehab at Shepherd Center. During that time, Veazey's aunt Maria Cottle wrote on YouTube, his girlfriend at the time, and now-wife Molly was "his rock."

Cottle shared the video of their dance on YouTube, and outlined their love story. It wasn't a simple matter of fast-forward to wedding bells.

According to the aunt, they actually broke up some time after Chance was through his recovery, and they remained apart for the next six years.

But their connection never broke.

"They gave their love a #SecondChance and were married this past weekend," Cottle wrote on YouTube.

And at the wedding, Chance's best friends helped him stand for the first dance with Molly, a surprise for everyone - not least of all his mother, Darby, who also joined in for the dance. (Darby was also a big-time athlete, a Florida State softball star who was the first woman inducted into the FSU Hall of Fame.)

"It was a very emotional moment for everyone!" Chance's aunt Maria wrote. "I would love for everyone to see the special love that they share!"

Team manager with autism touched millions online with viral touchdown 4 years ago. How he’s thriving with his 'village' today.