Chelsea Timmons was trying to finish up her shift delivering groceries. Instead, she became a temporary roommate. 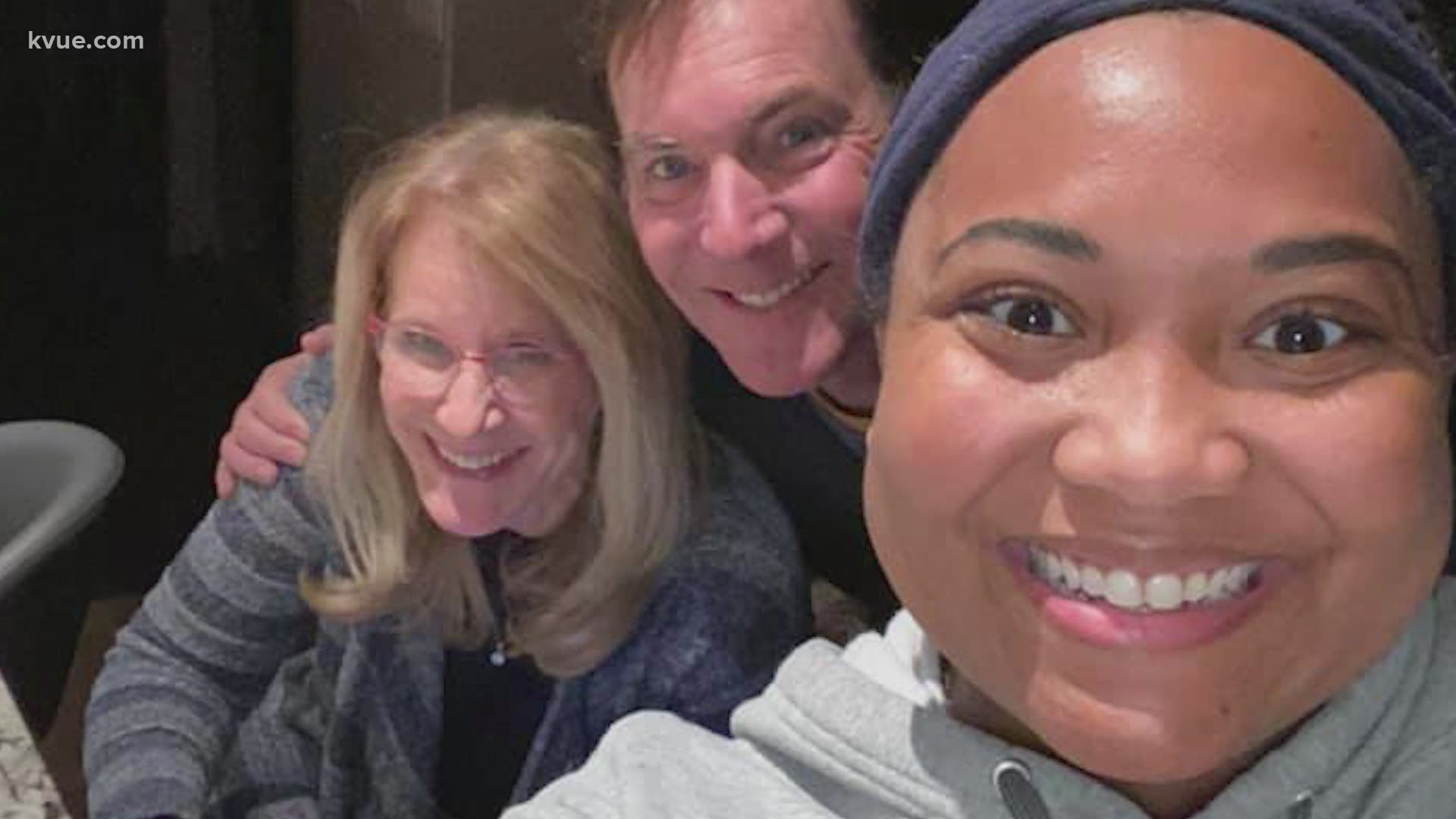 AUSTIN, Texas — For nearly a week, Chelsea Timmons became an impromptu member of an Austin family.

Timmons, a grocery delivery driver, was delivering her last order for H-E-B on Sunday afternoon when her car got stuck due to the ice that has blanketed the Austin area for days.

Doug Condon and Nina Richardson tried to get her car out through a variety of methods, but it wasn't going anywhere – and, apparently, neither was she.

The couple welcomed her into their home.

In a now-viral Facebook post, Timmons said the couple "basically have refused to let me leave" and that every morning when they said she could stay a bit longer, she would "go to 'my' room and shed tears of joy."

"Their home still has water and power so we are clean and warm. They have groceries (I know, I delivered them) so we are fed," Timmons wrote. "How AMAZINGLY BLESSED am I right in this moment?!"

During her days with Condon and Richardson, Timmons has befriended the family dogs and she and Richardson have bonded over a shared love of baking.

"You know, when she first came in she was, I think, a little – feeling a little uncomfortable, you know, being in a stranger's house. But pretty quickly it kind of has moved into her just being part of the family," Richardson said.

Timmons said she is incredibly grateful for the couple's kindness. She also said her apartment lost water and power, so she knows she was fortunate that they took her in.

Timmons said on Facebook Friday afternoon that she is now headed home.

What to know about your water: Boil water advisory tips and tricks