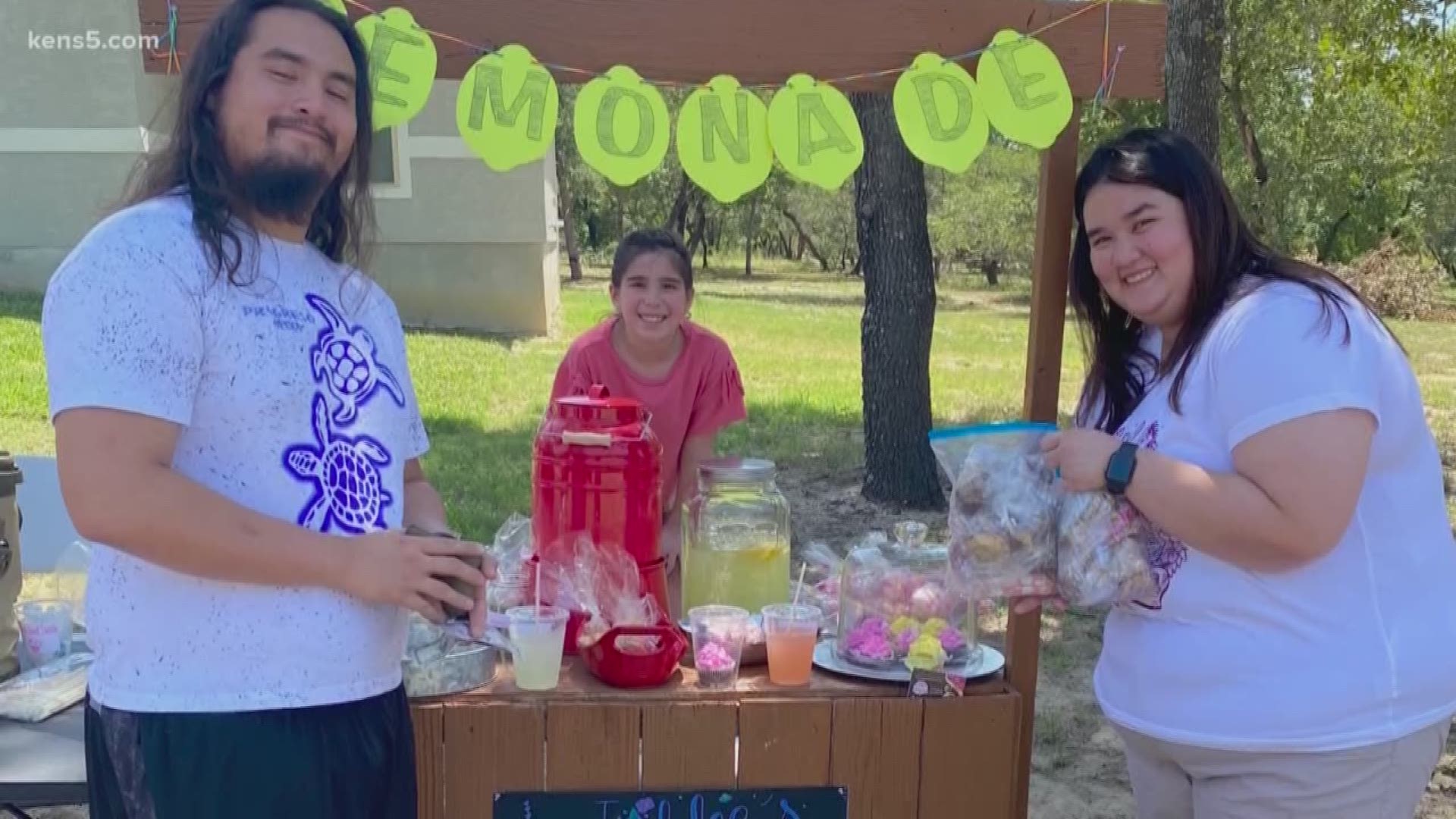 SAN ANTONIO — As this crisis continues, so does the generosity of others.

Since the coronavirus pandemic began, the San Antonio Food Bank has started serving twice the amount it's used to it, from 60,000 people a week to 120,000.

Big companies have been making donations to the food bank, along with local business owners and now, an 8-year-old girl running a lemonade stand.

Last week, Khloe Robles set up shop outside her home selling drinks and treats to neighbors.

"I just really wanted to help," Khloe said. "Because not a lot of people have food on their tables to feed them and their families."

Khloe made more than $1,000, which provides over 7,000 meals at the food bank. San Antonio Food Bank President and CEO Eric Cooper was touched by Khloe's kind gesture.

"She nourished not only those that got food, but she nourished us all with her passion," Eric said. "It's just encouraging to see someone so young take on a serious issue like hunger."

Eric said this is becoming a trend. He said over the last few weeks, more young people are stepping up to help their community.

"I think it says that there's room at the table for everyone to fight hunger and feed hope," Eric said.

Khloe's mom, Christina, couldn't be more proud. But she said this is nothing new for her daughter.

"She's always looking to give, whatever money she has, even if it's just a couple of dollars," Christina said. "She got something for her birthday, her friend liked it, she's always just giving it to them or to her cousins."

Christina said Khloe has donated her hair to Locks of Love. She's also purchased school supplies for other students in need.

We don't know what's next for this young philanthropist, but her actions have certainly given people hope in an uncertain time.

"I think our future is bright with kids like Khloe," Eric said.

RELATED: VERIFY: Here's the basics of the food supply chain amidst COVID-19