The growing restaurant is getting buzz from around town and on social media as the trend of vegan eateries in San Antonio continues. 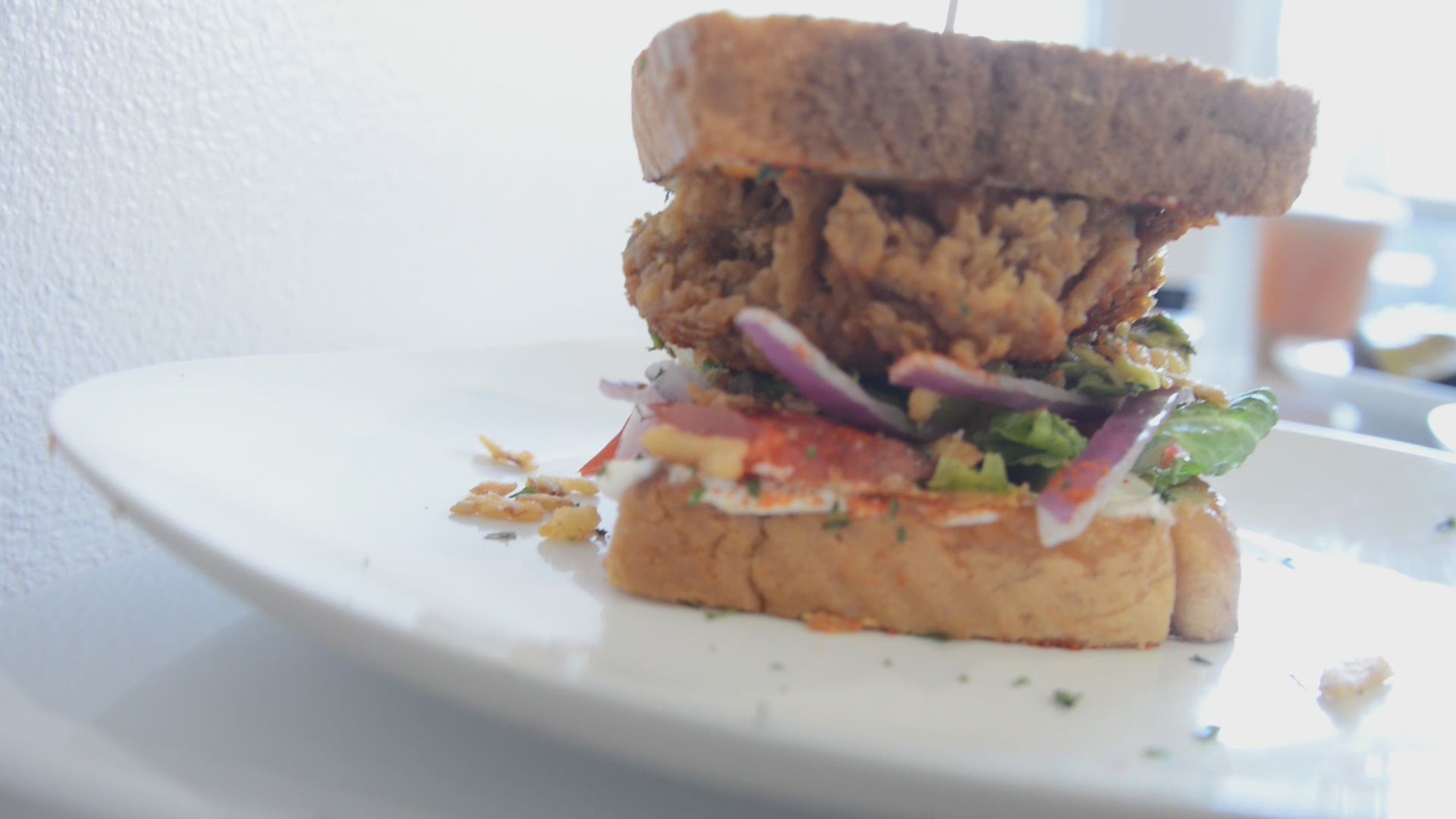 UNIVERSAL CITY, Texas — Plant-based soul food and comfort food that is as mouth-watering as it is Instagram-worthy…that is what you will find at Urban Soul in Universal City. The growing restaurant is getting buzz from around town and on social media as the trend of vegan eateries in San Antonio continues.

Urban Soul serves traditional soul food dishes made with all plant-based ingredients out of a “ghost kitchen”. Ghost kitchens have no dine-in space, instead they simply offer to-go or delivery options. The concept has thrived during the pandemic when takeout services surged. Owner and found Tia Rodriguez did start the eatery before San Antonio was affected by COVID-19, but the business managed to grow its customer base as people’s habits shifted in 2020.

Rodriguez shared how her personal experience of having her own health issues as well as those of her son and family members inspired her to create a plant-based cuisine.

“I actually got a little bit sick. And I also have women in my family that became ill and actually passed away, my mom, my grandmother, my aunt, my other grandmother,” Rodriguez said. “So it's just like one of those things where I started realizing that there is a trend in our family and I was losing all of the women that I love. And my son also has sickle cell. So that's also part of it.”

The restaurant’s signature dish, the Soulfood Sampler, includes breaded and fried chicken-style protein made with a pea and soy base. It also has vegan baked macaroni and cheese, collard greens, plantains, yam fries and two signature sauces.

Rodriguez says she took her family’s soul food recipes and adapted them for plant-based.

“As I went along, it was like, 'oh, my gosh, I'm frustrated. I can't find any food, you know?' So as I began learning how to cook and transition, my grandmother and my aunts and all everybody's recipes, I've said, OK, we have something.”

From family to neighbors, Rodriguez says she feels her restaurant is her way of sharing what she learned with the community, which she says is reflected in the name, Urban Soul.

“It was going to be called Gwendolyn's Vegan Soul, you know, in honor of my grandmother. But then as I was thinking about it, I was I was like, ‘you know, I want to name it something that is going to be relatable to everybody’. And it's also dedicated to our community because of my son’s Sickle-Cell.”

Urban Soul is one of several plant-based and veggie-friendly eateries that have opened up in recent years. Rodriguez weighed in on what she thought was the reason behind the increased interest in vegan food.

“Once you become enlightened to what's happening and you become aware, you want to do something about it. Because it's not only affecting you, your health, your body, but it's also affecting the environment. And so it's up to us if we want to have a world one day, we want to have a planet for our children and their children's children,” Rodriguez said.

In the meantime, Rodriguez says she is enjoying the success of her curbside restaurant.

"Every day we put our best foot forward here. We do the best we can. We serve the best that we can."

The restaurant also offers the Temptation Burger, which lives up to its name with double veggie burger patties and veggie bacon. They also have a Spicy Chicken Club for brave-hearted souls who love the heat. The restaurant's truffle fries are unbelievably delicious as well!

You can find Urban Soul's menu and opening hours on their Facebook Page and Instagram. The restaurant's website also has the menu and online ordering options.