The brewery also teased that they have to get started on a blue cheese beer to pair with the Buffalo wing sauce beer. 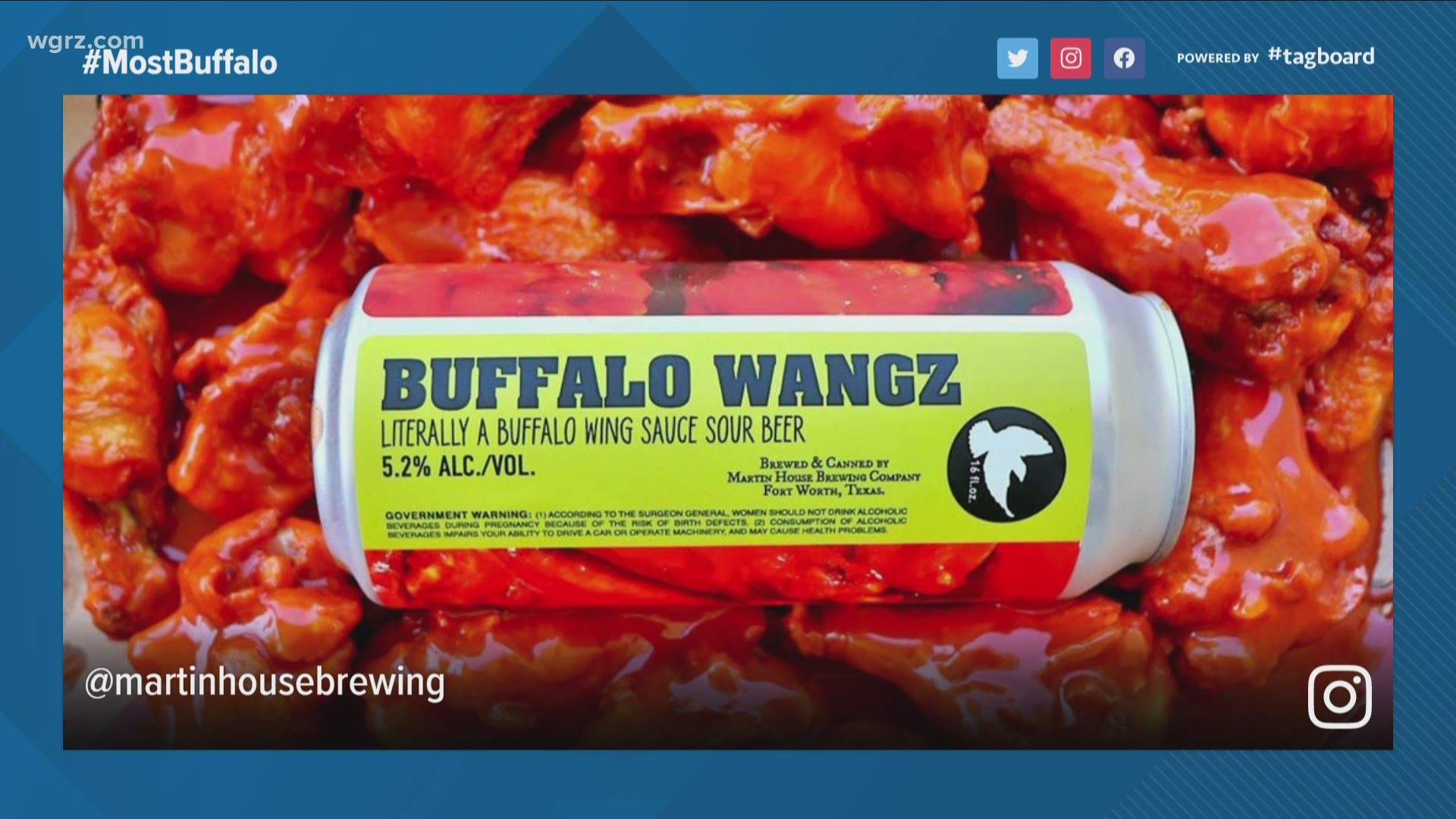 FORT WORTH, Texas — A brewery in Texas is bringing a little taste of the Queen City to the south.

Martin House Brewing Company in Fort Worth, Texas has decided to brew up a sour beer in the flavor of a beloved Buffalo food item: the chicken wing.

“Literally a Buffalo wing sauce sour beer," the brewery described it in a post shared on Facebook Wednesday morning.

The beer, named "Buffalo Wangz," is brewed with Frank's hot sauce and has a 5.2% ABV. "Can’t emphasize how much this is actually a BUFFALO WING SAUCE BEER. So if you get down with Frank’s and a little spice, then this is the one for you," the brewery added in the post.

In an updated post shared on Thursday morning, the brewery shared that it is not legal to ship the beer, so if you were hoping to get your hands on some here in Western New York you're out of luck.

The brewery also teased that they have to get started on a blue cheese beer to pair with the Buffalo wing sauce beer.