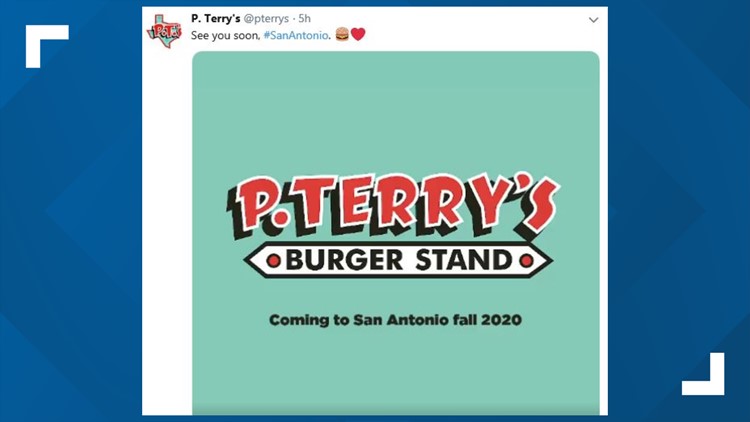 SAN ANTONIO — Right now, if you live in San Antonio and have a craving for a burger from the popular Austin-based restaurant chain P. Terry's Burger Stand, you have to go about 50 miles out f the city. Come this fall, the long commute will be a thing of the past.

P. Terry's took to social media Tuesday afternoon to announce that it will be coming to the Alamo City sometime this fall, cheekily acknowledging its legions of fans who have implored it to open a location here via social media.

There's even already an address for the soon-to-come eatery: 8539 Fredericksburg Road, near Wurzbach on the northwest side. There's no opening date set as of yet, but we won't blame you if you start salivating now.