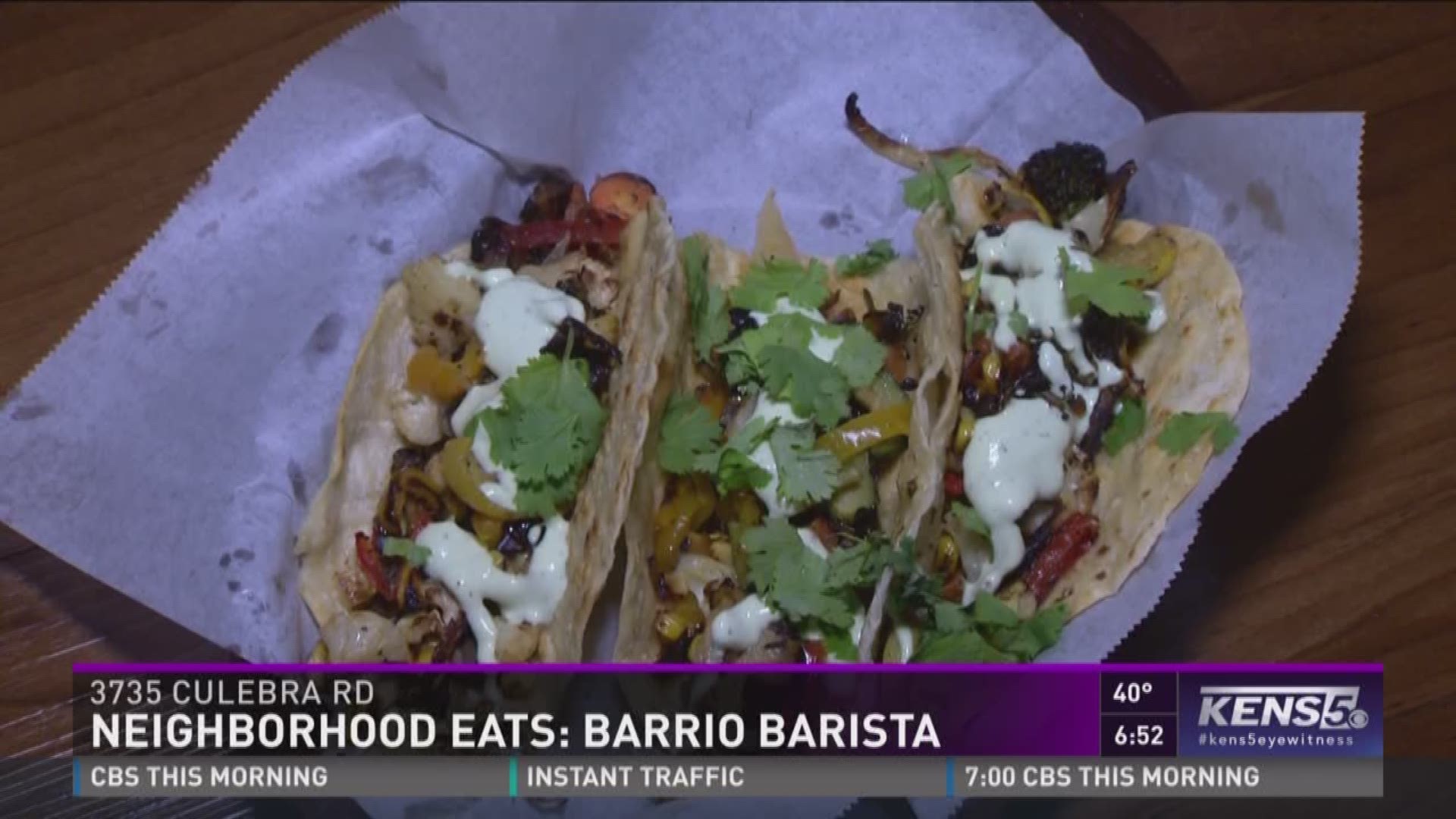 Dream brimming with possibilities? Yep! He started filling their cups with java five years ago at Barrio Barista.

The 66-year-old said his father, Jose, owned a grocery store and meat market at the same address for nearly 20 years. The property became an icehouse and a bar.

In 2012, De Hoyos traded in his professional career for an early retirement and opening a business at his father's former store.

"I feel I am where I am supposed to be in my life," De Hoyos said.

He completed the transformation at 3735 Culebra Road to space where you can see everyone from young professionals to college students from nearby St. Mary's University sitting at a table.

De Hoyos said it's the community enrichment his west side needed.

"At one time they were always asking me what is a barista? They thought my last name was barista,"' he said. "I kinda educated them and told them just think of bartender coffee."

De Hoyos and his son are self-taught baristas. The customers are not complaining. The two also decided to add another portion of De Hoyos' passion to the plate.

So they developed a small menu for Barrio Barista.

The evolving menu was designed to provide healthy options. De Hoyos' son had a stroke of sandwich genius: A grilled cheese barbacoa sandwich.

To his father's shock, it became an instant hit.

Neighborhood Eats had to taste this De Hoyos made invention. The barbacoa is grilled with two types of cheese, topped with avocado and served on Texas toast. Phenomenal! Their signature sandwich has been known to have customers lining up out the door on weekends.

Next up, the sweet potato hash with roasted corn, onions, chorizo topped with an egg over easy---drizzled with remoulade sauce. Oh...and a side of toast too. Que Rico!

Couldn't leave the coffeehouse without a horchata latte brewed with rice, cinnamon, espresso and a stir (or so) of milk. Que Rico!

Barrio Barista is more of a coffeehouse and bistro with a special kind of percolation.

That's it for this week's Neighborhood Eats. If you have a suggestion for Marvin send an email (Mhurst@kens5.com), tweet (@Mhurstkens5) or post on the KENS 5 Facebook page. #KENS5EATS