Looking for chicken on a stick? This food truck is serving it for Fiesta

Hungry? Well, check out this San Antonio food truck that specializes in chicken. 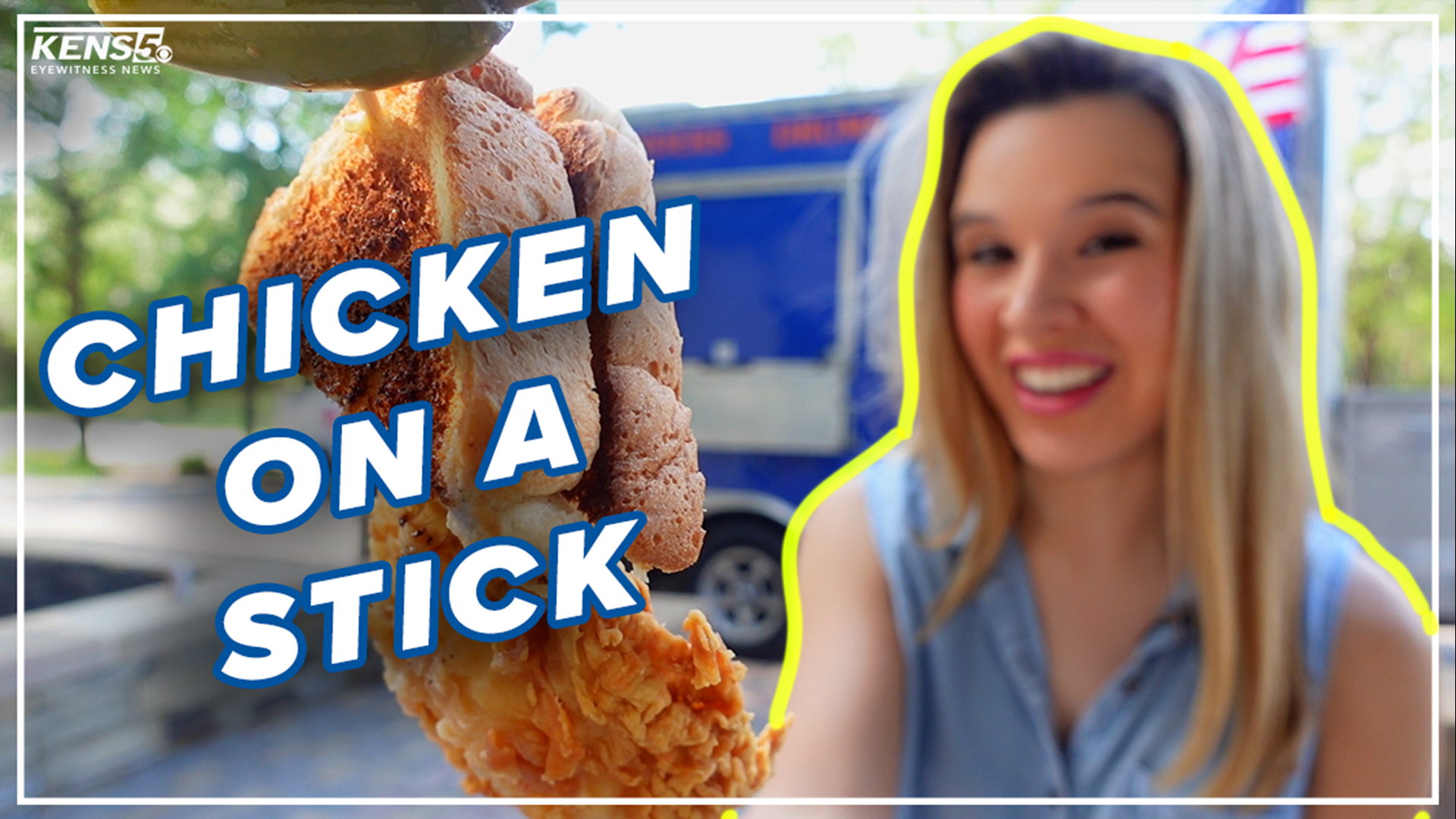 SAN ANTONIO — A veteran-owned and operated food truck started in Military City. It’s called Rooster’s, and hence the name, their specialty is chicken.

And in honor of Fiesta, they have chicken on a stick

"As a food truck in San Antonio, it's always about tacos and we only do chicken. So, we're like, what can we do that's going to bring San Antonio out? And it was chicken on a stick," said Co-owner AJ Reyna.

He started the food truck business with his brother, Victor, two years ago. And picking out the main menu items was a no brainer for them.

"He's still currently active duty military in the Army. I'm prior Navy. And one day, we made a phone call and my brother said, 'Hey, let's start a food truck together,'" said Reyna. "We were deciding what we were going to do. And the first thing we thought was chicken...I love wings. He loves chicken tenders. And we were like, 'Chicken is what we know.'"

And we got to sample a few of their most popular menu items. They had sixteen flavors of wings to choose from, but instead of personalizing it, we went with the camouflage wings.

"There are actually three flavors. We have buffalo, our homemade Rooster sauce and our homemade ranch drizzle all over the wings," said Reyna.

And we all know a lot of places have a chicken sandwich. And so do they.

"That is made with our homemade "Bang Bang" sauce, which is a sweet chili sauce. It has mayo. We top it off with some broccoli coleslaw and some cajun seizing," said Reyna.

And then, we got to try their chicken tenders.

"We use a jumbo tender that we cut off the breast ourselves. Everything is homemade. We make them fresh in the truck. It's a process," said Reyna.

Many people are grateful for the patriotic truck as they were open during the Texas Winter Storm.

"During a hard time, it was a great time. We're able to get out there, feed the city of San Antonio -- the parts that we could -- and keep it going," said Reyna.

And having support from the community has meant everything.

"We just want to say thank you, because without their support, without their help of visiting our food truck, we wouldn't be here," said Reyna.