Craving a huge torta? This San Antonio food truck has one for meat lovers

"They're huge, they're big, they're a little intimidating. But, hey, you have something afterwards at home to eat if you can't finish it." 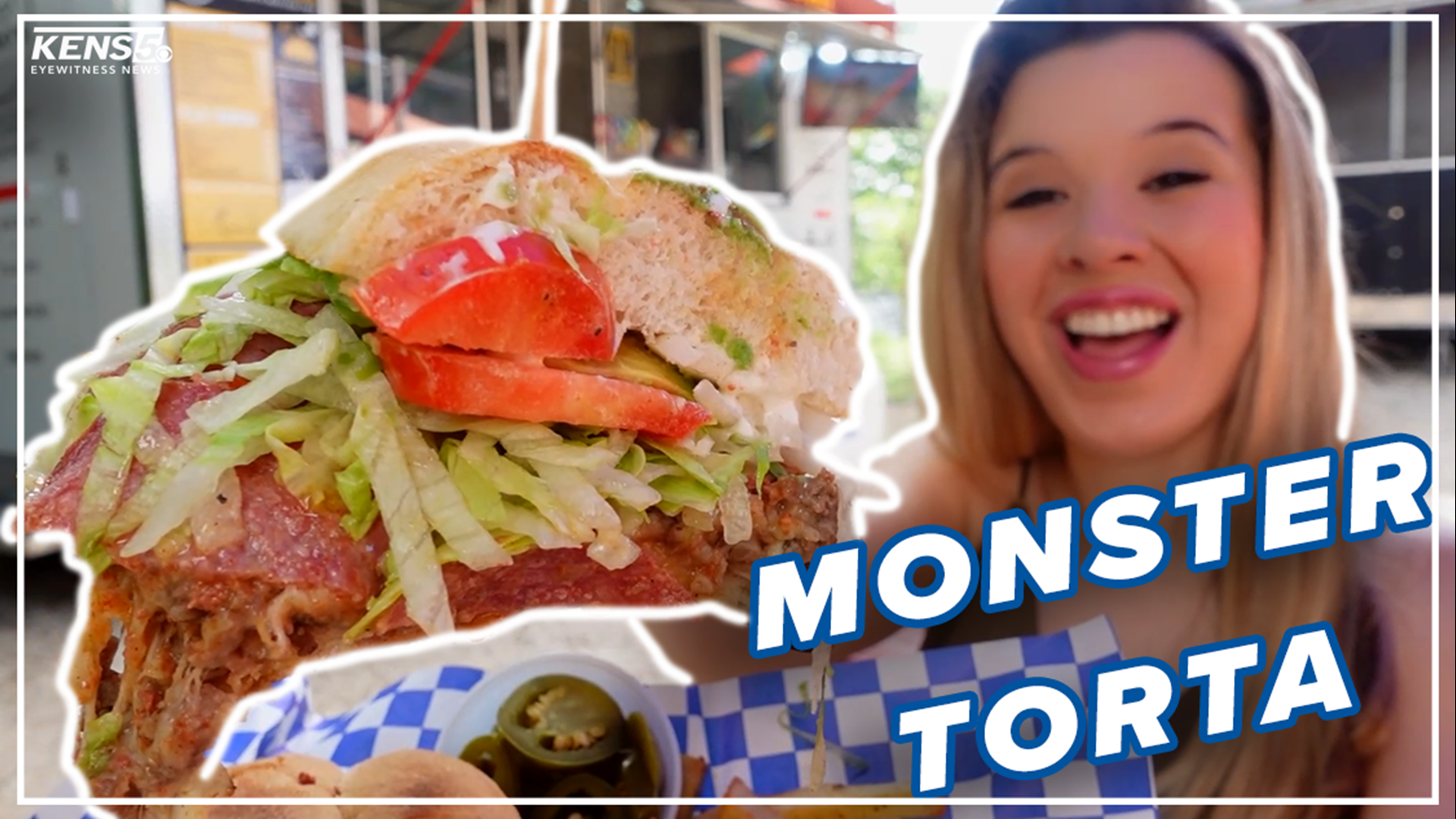 SAN ANTONIO — Tortas at one local food truck are loaded; you can have it with vegetables, steak, salami, chorizo, mayo -- just to name a few.

The food truck is called Monky's Tortas. It's on 24188 Boerne Stage Road in The Point Park.

"If you've never tried a torta...tortas are great. They really fill you up. They're huge, they're big, they're a little intimidating. But, hey, you have something afterwards at home to eat if you can't finish it," said employee Edgar Sanchez.

Sanchez and his father came from Mexico City to start the food truck in the Alamo City.

"We started selling out of our house at first. We invited people over and that's how our business got started," said Sanchez.

They later got a space at The Point Park on Boerne Stage Road. It's a place that’s all about supporting local businesses.

And Edgar showed us a few of their most popular menu items.

And they have another signature item.

The monkey’s torta is our house torta. We made it with salami being the star of the plate. It’s a very good torta," said Sanchez.

But if you’d rather "taco" 'bout something else, they have shrimp tacos where the pico is cooked with the shrimp.

"We also put a little bit of cilantro on top for flavor. We make homemade sauces as well. They have a little bit of spiciness, but they're also really good. It's not too overly spicy. And you have to have the limes," said Sanchez.

And as for being a family-owned business, Sanchez said working with his father at his age, 16-years-old, has been a great experience.

So, if you’re looking to support a local food truck with huge tortas, you can click here to explore their Facebook page. And click here for more details about The Point Park.

"If you're ever on this side of town, come stop by," said Sanchez.