Buddy V. and "the famigila" are expected to appear at the grand opening event. 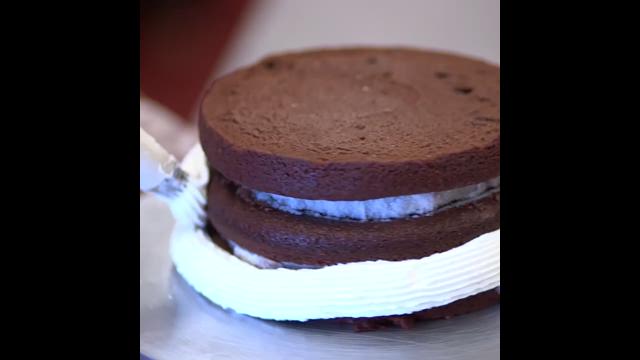 SAN ANTONIO - The famous Carlo's Bakery of Hoboken, New Jersey is set to open a new location at the Shops at La Cantera.

KENS 5 got the first look inside ahead of the grand opening planned for 7 a.m. on March 24.

Cake Boss' Buddy Valastro and "the famiglia" have been involved in the process of getting the new bakery ready for customers, and they are also expected to appear at the grand opening.

This comes after Buddy V's Ristorante also opened at La Cantera on Jan. 30.

Mauro Castano of the Cake Boss Valastro family checked up on the construction Thursday during his first visit to San Antonio.

He said the family plans to hire local employees for the latest Texas addition. There are currently Carlo's Bakery locations in the Houston and Dallas areas.

We could watch this all day... (📸: Chocolate Mousse Cake)

"When you walk in here, we want you to feel like you walked into our original bakery back in New Jersey," Castano said.

He also suggests customers sample the cannoli at Carlo's.

"I've been to Italy many times, and I think the cannoli is the one item that we make that tastes just as good if not better than the ones they make in Italy," he said.