Can you finish a two pound burger? If so, you'll get your photo on this restaurant's wall 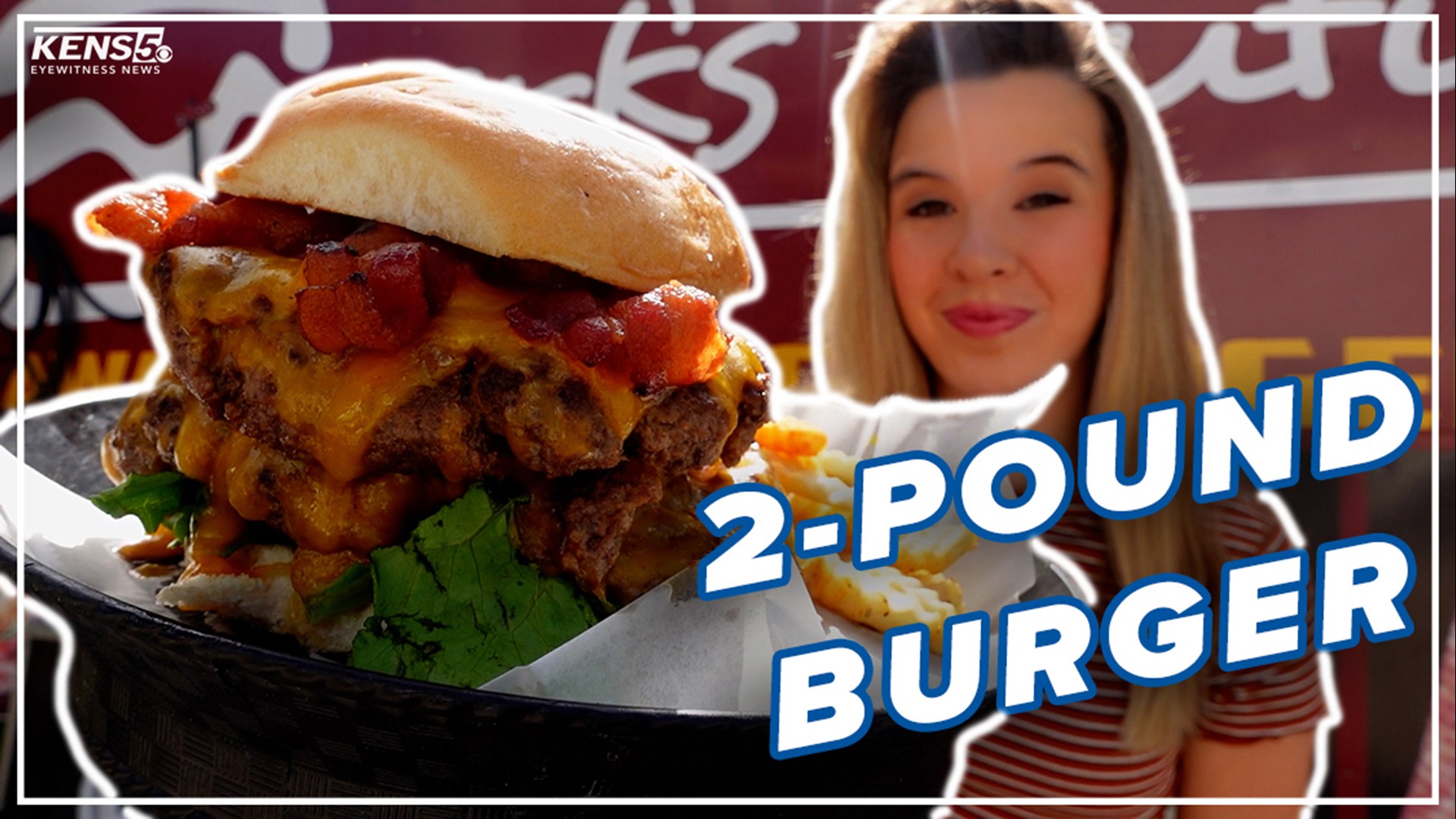 SAN ANTONIO — Juicy entrees are a staple at east-side restaurant Mark's Outing. And with their special events food truck, they’re bringing that juiciness across the San Antonio area.

"Me and a friend of mine were having conversations about creating a business and we decided that we would go with burgers. We began to create a burger that we thought would be unique and different. And so that's how we originally got started," said Owner Mark Outing.

And now the business is where competitors come to eat because that two-pound burger they have -- if you finish it -- you get your photo on their wall.

And for those who try their best, but don’t succeed.

"We've been thinking about doing a wall of shame for those that don't finish it. Maybe put the pictures instead of in color and black and white," said Outing.

"We got the ice cream burger, which is a very exciting burger. It always reminds me of a marriage. We're taking a delicious hamburger and we're marrying it to a milkshake without it being so messy," said Outing.

That ball of ice cream, which can only be fried for a few seconds, can be eaten separately or smashed onto your burger.

How do they even come up with this stuff?

As for being a local business near the action of downtown, Mark told KENS 5, it’s the best location possible.

"Anybody that's looking for a family friendly, diverse city where people are able to walk up to one another and speak and share experiences with one another, I think it's the best place to live in the country," said Outing.

There’s a ton of great local burger joints to check out, but Outing said, they’re one of a kind.

"And I think what's unique about us is we're kind of old school. We still go back to how you make it at the house. You know, we get the ground beef and we hand patty it and we put it on the grill and we put seasoning on it," said Outing. "We just make it juicy and delicious. A big, fat, juicy burger! That's what I think is unique about us."