"It’s hard to find food like ours. I think that’s what keeps bringing traffic -- because we stick to real Mexican food." 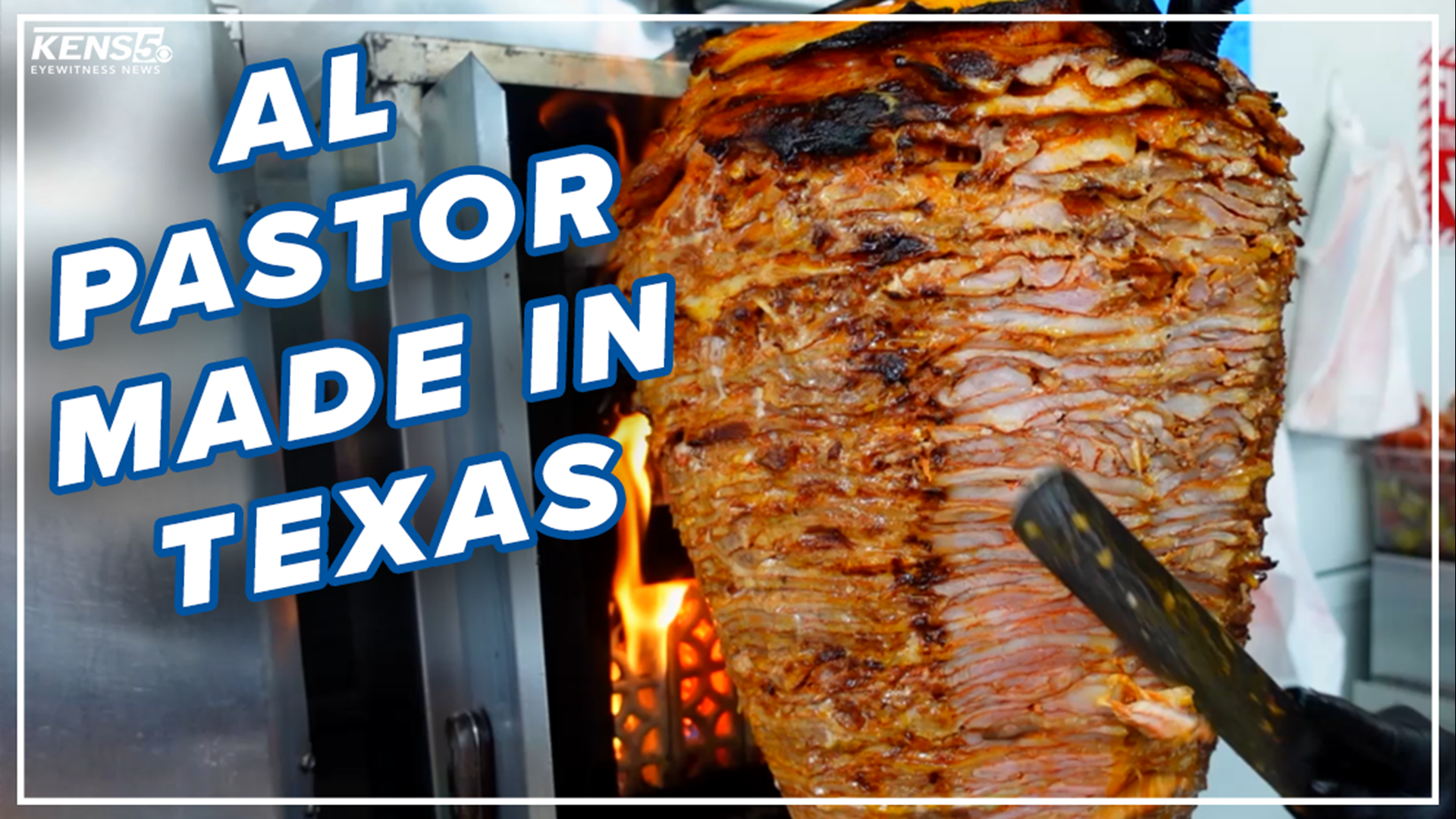 SAN ANTONIO — If you're looking for some Al Pastor straight from the trompo, or spinning top, or some Horchata with fresh strawberries, you might want to check out Taquitos El Jefe Food Truck.

They're located at 11725 Palo Alto Road on the city's south side.

"It’s hard to find food like ours. I think that’s what keeps bringing traffic -- because we stick to real Mexican food," said Co-owner Juan Aguilar.

It’s a family-owned business that has ventured down to Mexico to learn authentic recipes, like for marinated pork, Al Pastor. They put it on a trompo, and it spins in front of a fire, cooks, and then the thin slices of pork are piled on top of each other.

KENS 5 was also able to try more of their "fan favorites."

The chamoy on the rim of their 32-ounce cups is apparently a popular one.

"The chamoy -- it’s like sweet and spicy at the same time. It just gives it a little kick." said Aguilar.

They also have a quesadilla plate that is pretty heavy; you get three large flower quesadillas with some meat and onions inside.

But one of their best sellers, besides the Al Pastor, is their chamoy-covered candy, Aguilar said. Particularly, the gushers.

They’ve been open for eight months, and already have thousands of followers on TikTok and Instagram. And it's getting attention all across Texas.

"We’re starting to see a lot of cultures coming out here. People coming from Austin, Corpus, just to try our food," said Aguilar.

And as for being a family-run food truck that has become a thriving business, Aguilar said it’s because, "We just like push each other -- pushing our limits."

If you own or know of a food truck that you want to see featured on Food Truck Frenzy, email ahazlett@kens5.com