It's called 'The Sloperia'. A look inside a business that grew out of a pandemic

From a ghost kitchen, to pop-ups, to a permanent location, Tidy Ben's Sloppy Joes is taking an old classic and adding a healthy, plant-based twist. 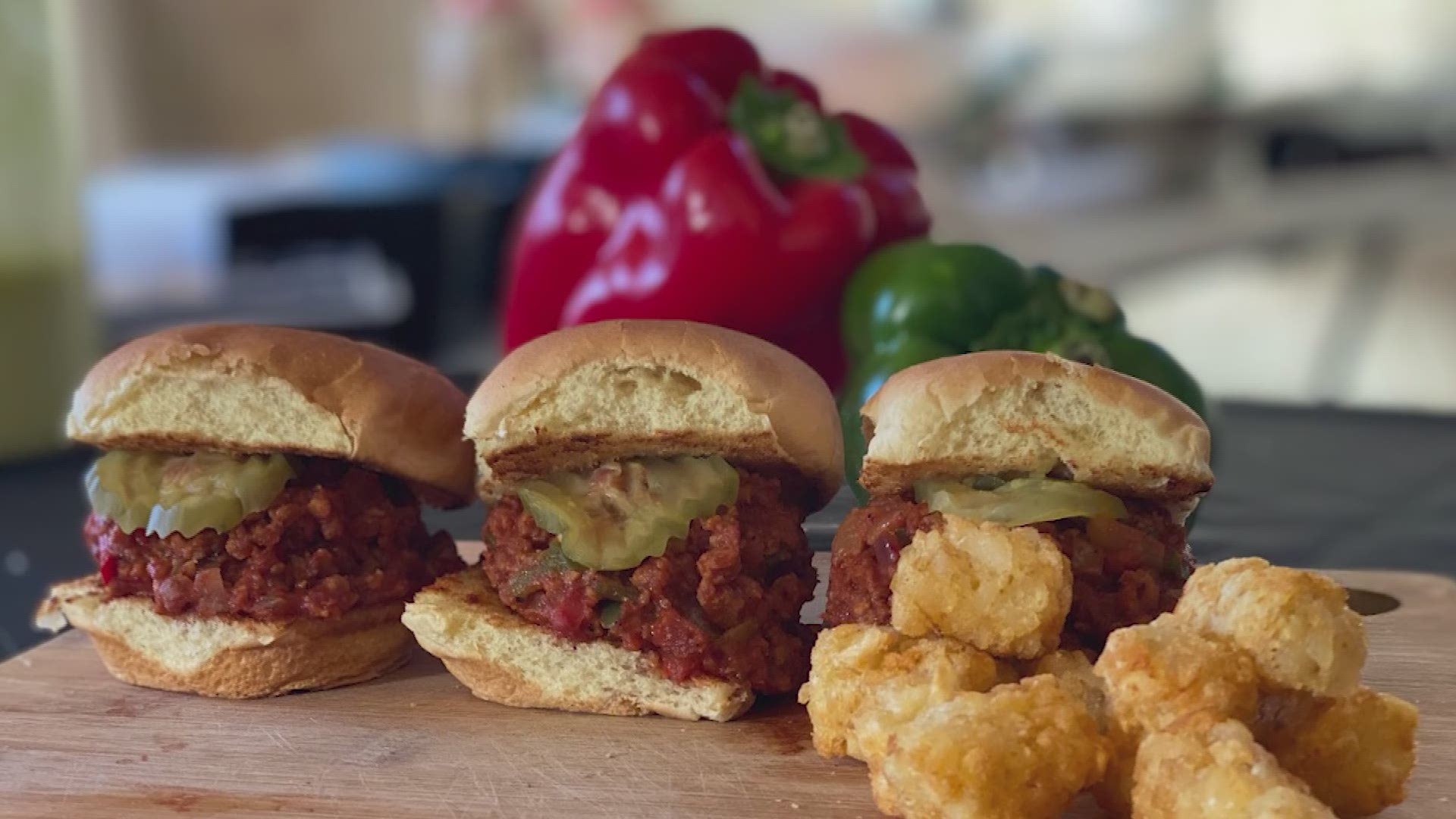 SAN ANTONIO — A unique eatery is growing and expanding here in San Antonio that offers something we didn’t know we needed…a vegan version of summer camp favorite Sloppy Joes. From a ghost kitchen, to pop-ups, to a permanent location, Tidy Ben's Sloppy Joes is taking an old classic and adding a healthy, plant-based twist.

“There is a little bit of nostalgia when it comes to Sloppy Joe’s,” Tidy Bens owner and creator, Ben Cardenas says. “I ask people, ‘When was the last time you had a Sloppy Joe’ and the majority of the time…they say ‘oh it’s been years, I haven’t had it since grade school”.

The Sloppy Joe's consist of a soy-based meat substitute crumble, sautéed with vegetables and smothered in a traditional "sloppy" sauce. There are other sauce varieties available, like spicy, curry or fiesta. You can add some tots or have your sloppy served in another nostalgic way, as a Frito Pie.

Ben says it all started out with simply cooking for his family and friends and getting rave reviews. They helped the plant the idea of offering it up to the public.

“Before it was even a thing about business to potential build out something, it was me bringing sloppy joe’s to friends.”

The idea began to take shape when Cardenas found himself furloughed, like many in the hospitality business, due to the lockdowns from COVID-19 that began in March of last year.

"Once I was furloughed, my brothers and I started talking about ‘hey’, while this isn’t necessarily the best time to start a business, for what we are doing, it might be a good time to just…start. I didn’t really have any idea how quickly it would catch on.”

Cardenas began more formal operations out of a “ghost kitchen” just north of downtown back in July. Ghost kitchens have no dine-in space, instead they simply offer to-go or delivery options. The concept has thrived during the pandemic when takeout services surged. Cardenas says it was a good start but they quickly realized they needed more of a physical presence.

“We were working out of there for a couple of months. Ghost kitchens, that was just the beginning, it was hard to have a face, it was hard to progress in a certain direction.”

From there, he started “pop-ups” at various places like the ReUp Station, Wong’s Bodega and Estate Coffee Company. He also participated in special events such as First Friday and DreamWeek.

As word spread of his unique vegan sloppy joes, and the popularity grew, he turned his gaze toward a more permanent location.

“We’re able to open up this structure here, we have named it the Sloperia.”

The Sloperia on South Alamo, just south of downtown, will have a soft opening in mid-February, with a grand opening planned for early March.

Tidy Ben's is already getting recognition across the city. It was named as one of the top vegetarian/vegan-friendly restaurants in San Antonio Magazine’s Best of the City 2021 along with established vegan-friendly places as Green and Pharm Table. While being plant-based is part of his concept, he says he has gotten good feedback from people not familiar with vegan and vegetarian food.

“We had mostly vegan and vegetarian to start off, just looking at some of the states, they tend to be between 23-35 years olds,” Cardenas said. “But we want to offer, talk less about vegan/vegetarian to some people and more of ‘this is just really good food’. Put whatever it is aside, and just taste this really good food.”

In the meantime, Cardenas says he hopes his operation can continue to serve great food and spread a message of healthy eating and sustainability.

"There are other plans to expansion in other ways...our plan to help with the food insecurity here in San Antonio. There are low-cost ways to make a product, to make something else to assist in that," Cardenas said.  "When this [the Sloperia] opens up, we do plan a campaign of 'pay what you can or want' and you get a small meal for free or for five cents. Someone could pay $50 if they want to support the cause."

"That's what we are all here for...do as much as you can when you can do it. And I think we can right now."