How to tackle mold issues after water damage

Burst pipes from this month's winter storm can lead to water damage and dangerous mold later on. 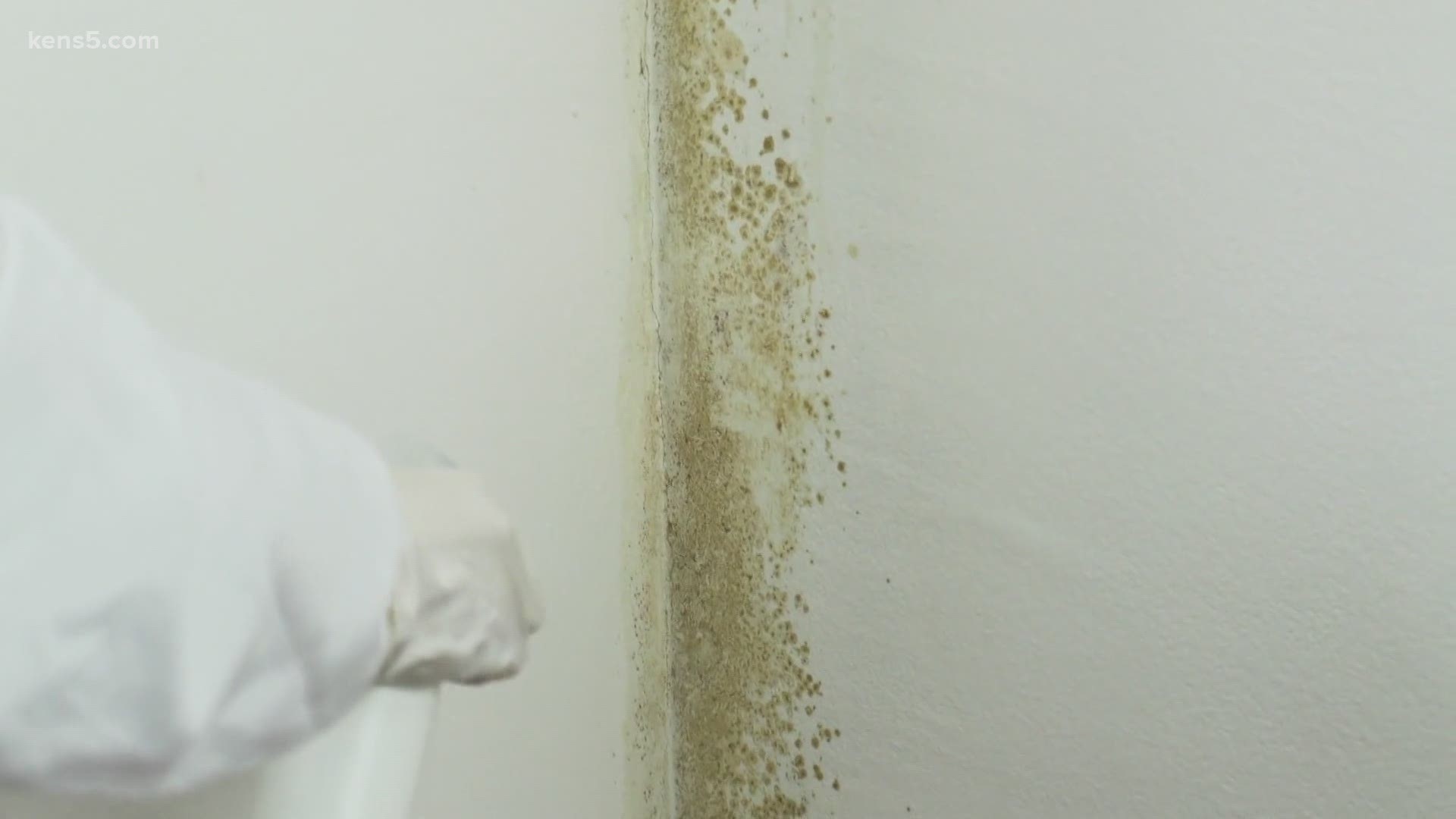 SAN ANTONIO — After record-low temperatures hit Texas last week, millions of residents were left without power and suffered water damage from frozen or cracked pipes in their homes. Not only do those pipes need to be fixed, but whatever leaked out can lead to deadly mold.

Homeowners need to act fast before water damage in their home leads to dangerous growths of mold, which can be hard to detect behind walls and underneath floors.

"Mold can start to develop and grow within 72 hours, so time is of the essence," said Camillia Sloan, director of operations with AdvantaClean.

First, you need to know how to spot the mold.

"One of the main things we will hear from customers is that they smell it. They smell that they have this wetness in their home," Sloan said. "Some people even have damp-feeling homes, like they feel very humid."

Mold exposure can lead to a variety of symptoms, including severe body aches, joint pain, nausea and serious respiratory issues. And these symptoms can develop either quickly or over time.

Here are some do-it-yourself cleanup tips:

"When water gets in your home, especially drywall, once it starts to mold and lose its shape, most of the time it has to come out," Sloan said. "Sometimes the carpet can be saved if it's not full of contaminants, like toilet water. But if it has sewage, it would really need to be removed and the padding would need to be thrown away."

Many use bleach to get rid of mold, but that can actually promote growth. Instead, try an antimicrobial mixture of household items like hydrogen peroxide, vinegar and baking soda.