One of the dogs didn’t survive the fire, a few were rescued, but five of their beloved pets are still missing. 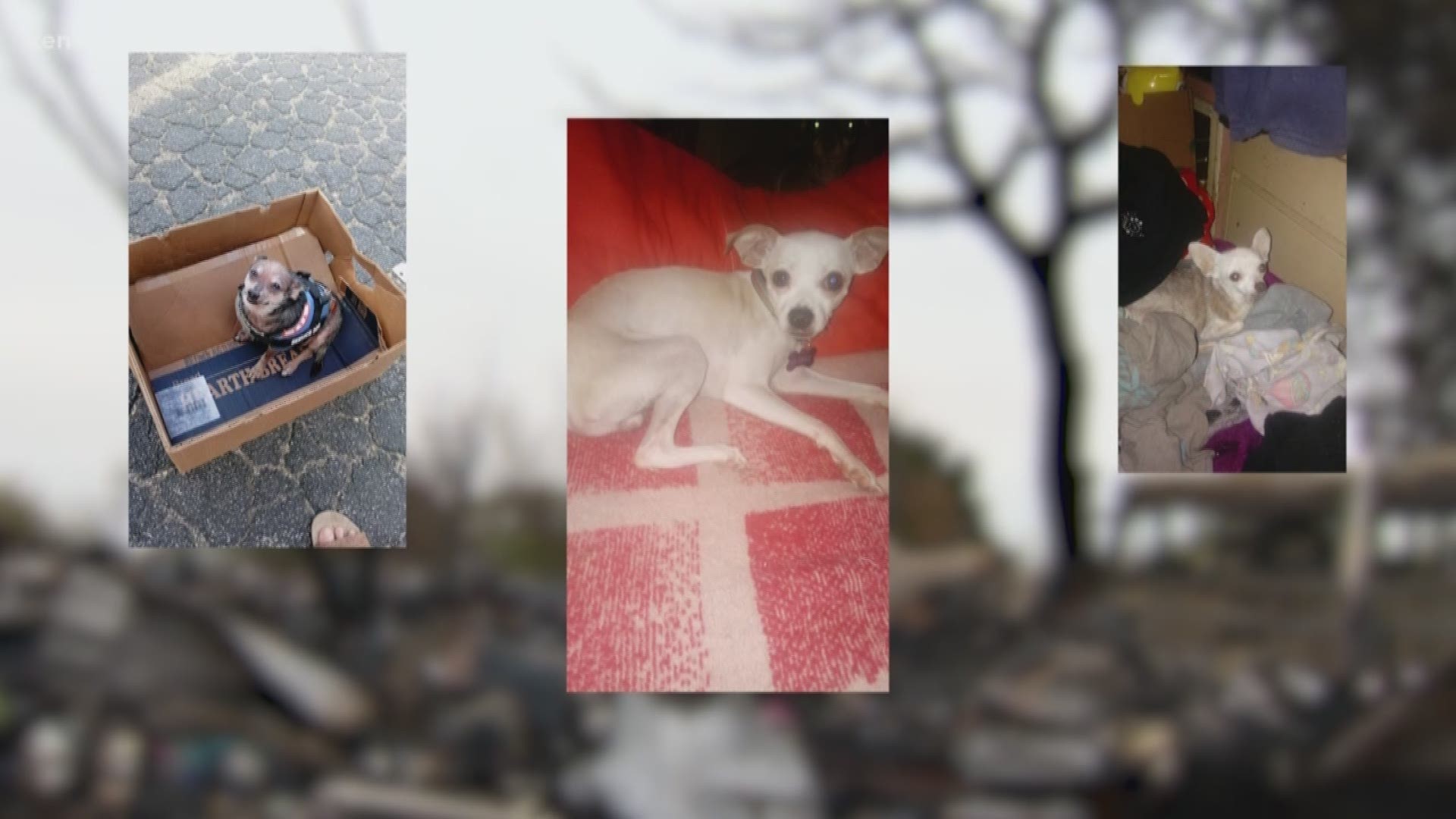 POTEET, Texas — A Vietnam veteran and his wife lost everything when a fire destroyed their home. The fire broke out around 1 p.m. Sunday off Brandywine Lane near Poteet.

Steve Bullard thought he’d already been through the most difficult time in his life.

“I was in Vietnam,” he said. “Vietnam vets is the best that America ever had, we went, we fought, and when we came back, death came with us called agent orange. I got leukemia from it.”

Steve and his wife, Robin, have been married over 40 years, and lived in the same home off Brandywine Lane.

Until a fast-moving fire destroyed their home and storage shed.

“That fire moved so fast, and less than I’d say two minutes, the whole house was engulfed,” Robin said.

Steve was on hunting trip a few hours away and said the firefighters were still trying to put out the flames when he got home four hours later.

“All the way home, you’d be surprised what went through my mind: ‘Did they get out? Did they make it safe? Did all the dogs get out?’” he said.

When the fire broke out, Robin said she opened the back door and thought all their dogs ran out, as well. But she was wrong.

One of the dogs didn’t survive the fire, a few were rescued, but five of their beloved pets are still missing.

“It hurts,” Steve said. “I know my pups are out there somewhere.”

Steve said he stills suffers from PTSD and one of the dogs, Dolphin Bear, is a service dog that helps him deal with difficult times. “If I have a hard time breathing, she lets me know,” he said.

And the Bullards said they won’t give up hope until the dogs are found.

“I get up in the middle of the night and I come out here and look for them, see if I can find them,” Steve said.

"If they’re dead, God will let me know, but right now, God is saying, ‘they’re out there, find them,'" Robin said.

Atascosa County Animal Control Chief Henry Dominguez said they are helping the Bullards search the area for their missing pets, and the chihuahuas haven’t been turned in to the shelter.

The Bullards said they did get some good news.  A local business owner has offered to donate a house for them to put on their property. However, before they can move their new home in and have a new beginning, they have to clear all the debris and damage left behind after the fire.  They’re hoping someone with large equipment can help them clear the lot.

The couple said they are grateful for the business owner, the Red Cross, and the local VFW chapter for offering to help them.

Officials said the fire is still under investigation, so it’s still uncertain what started it.

If you have information about the Bullards’ missing dogs, or if you’d like to lend them a hand, send us a note at news@kens5.com.

Chaos over chicken at south-side Popeyes