SA couple adopts six children, growing their family to a total of 10 kids

The Alamo City couple doubled the size of their flock in just one day. 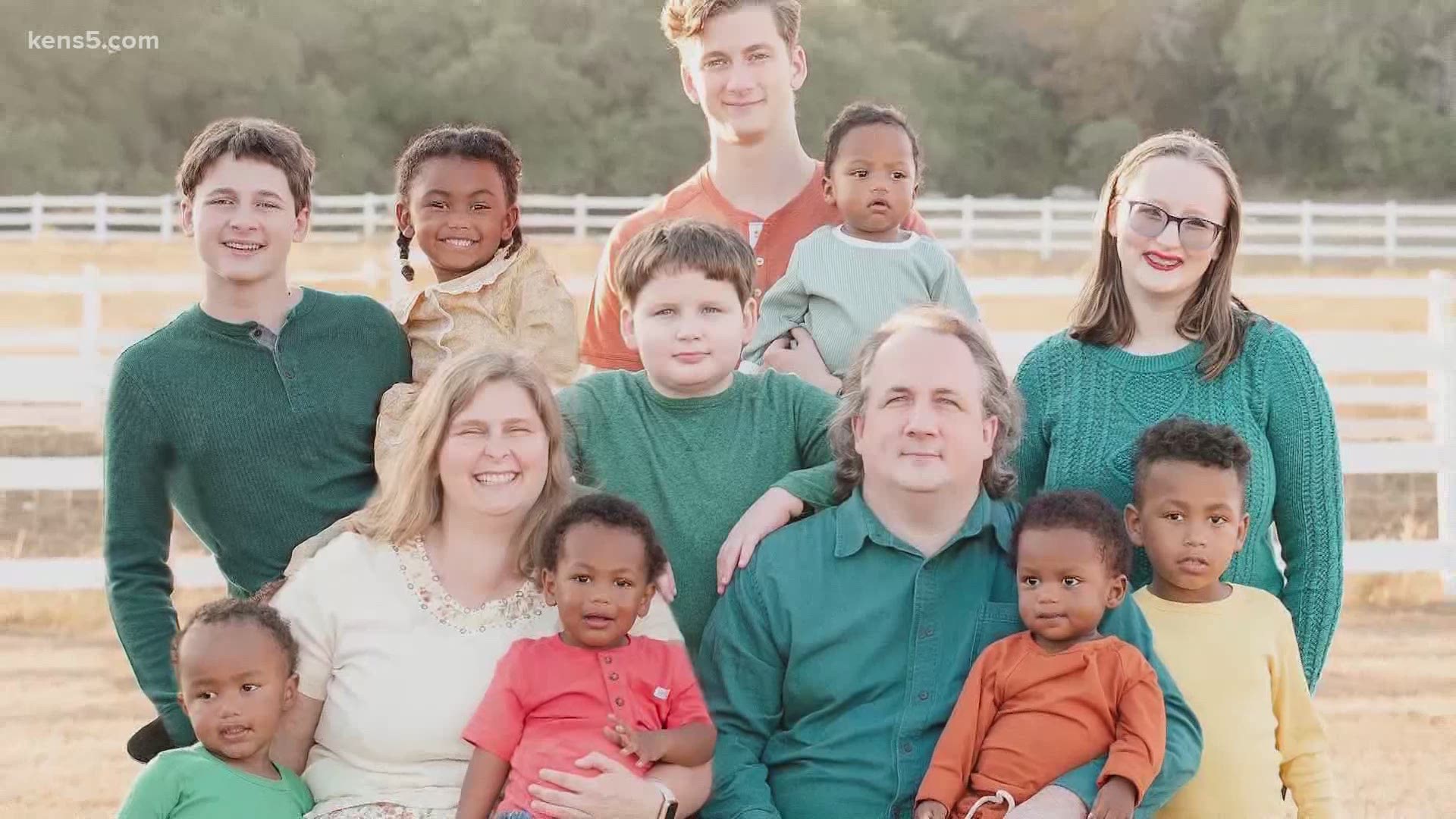 SAN ANTONIO — Anyone driving by the Hejduk family's home will not miss the bright yellow ducks. The family has a row of the birds on their front lawn with a sign that reads: “We Doubled Our Flock.”

Heather Hejduk and her husband, Jamie, are now the proud parents of 10 children. The couple has four biological children and, as of this month, six adopted children.

“I think we could do a basketball team, a full game,” Jamie said.

“We could do two rugby teams. So, we’re really good,” added Heather, with a laugh.

The family has a full flock and full hearts because, on Thursday, they officially adopted six children. During a virtual ceremony with Judge Charles Montemayor, state workers and an attorney, the judge approved the Hejduks to become adoptive parents.

“First of all, I want to tell you, thank you so much for opening your heart and your home to these beautiful, beautiful children. I know it’s been a long journey for you, but it’s reaching a happy ending for you today,” Judge Montemayor told the parents. “You may not have given birth to them, but you gave them life. God bless you.”

The couple said they didn’t intend to adopt six kids. They became licensed to be foster parents in August last year, and began fostering the twin boys. Then, the Hejduks discovered that the boys had siblings.

The goal was for the kids to be reunited with their biological parents, but the plan changed.

“The only way we could see them staying together is if we were the ones to do it,” Jamie said.

The family said that, as a celebration, they've rented a theater at the Park North Alamo Drafthouse to have dinner and watch "Despicable Me." They had originally planned to take a trip to Disney World to celebrate the finalizatin of their adoption before the pandemic hit.