Trudy Smith's spirit for supporting Natalia ISD athletics never diminished, even the day before her death, as she was surrounded by athletes and coaches. 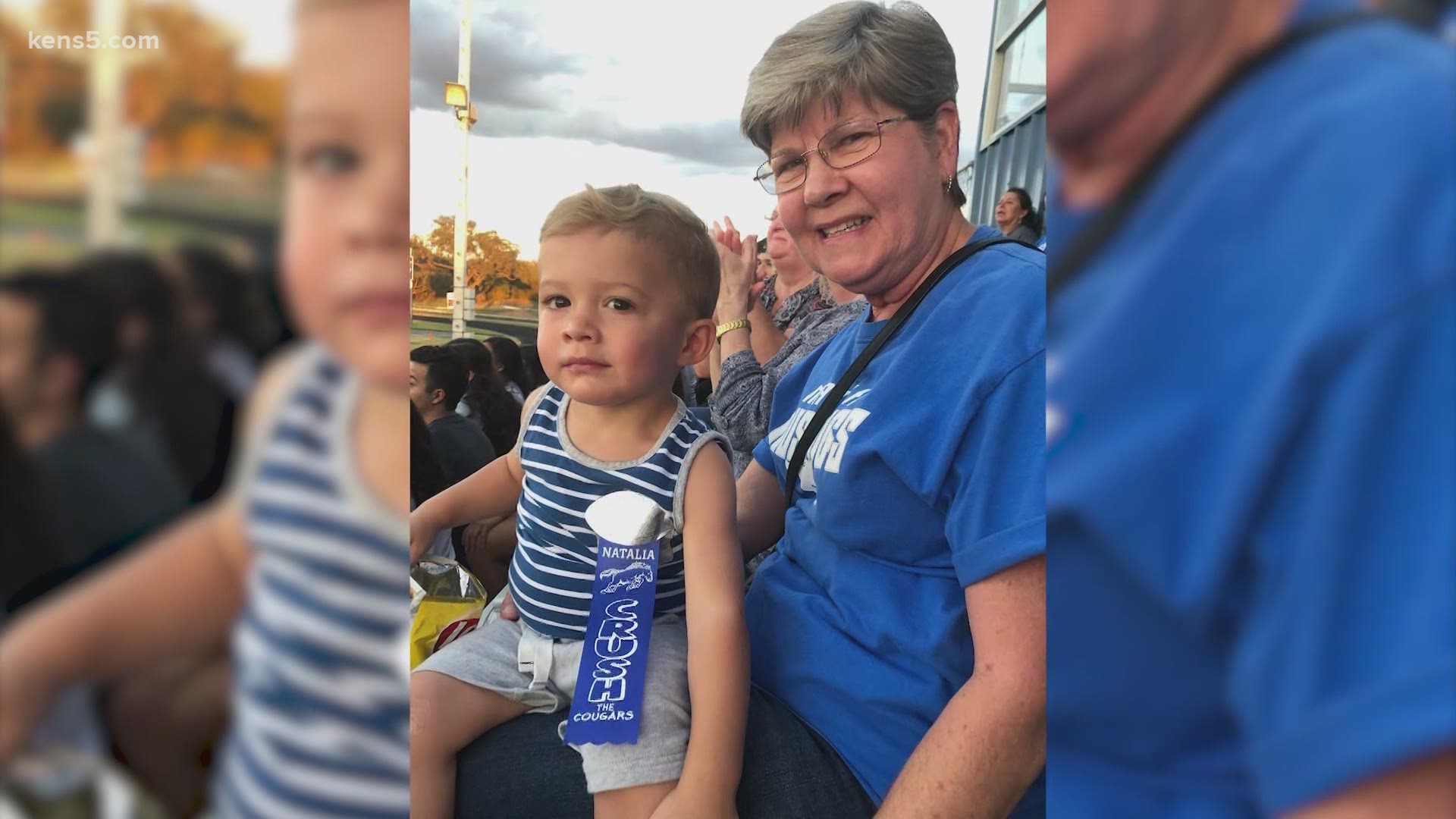 Natalia ISD athletes and coaches surprised Trudy on Wednesday, who was recently put on hospice care. They sang the school fight song, shook hands and expressed gratitude for the imprint Trudy had on the Natalia community.

But not even illness could truly defeat Trudy’s spirit.

RELATED: 'It was a memory that will last a lifetime' | Natalia ISD fan gets surprise visit at her bedside

Trudy’s husband, Sam Smith, served on the Natalia school board for more than 15 years and been on city council for over two decades.

Together, they made it a mission to attend nearly every home and away game.

“There wasn’t a Friday night game we missed,” Eric said.

Trudy was the ultimate fan alongside her husband, Sam, the voice of the Mustangs since the 1970s.

Eric Smith will now go to future Natalia sporting events with his father.

While his mother Trudy won’t be there in person, her spirit will resonate with those who knew her and soon become recognized by those who did not.

Eric’s sister, Holly Villanueva, a San Antonio firefighter, is also a Natalia graduate who played all sports during school.

Trudy Smith will forever be loved and never forgotten.

This September would have marked Trudy and Sam's 50th wedding anniversary.