Jaden Rosas was in his family's apartment when a fight outside ended in gunfire. His heartbroken family is raising money for his funeral. 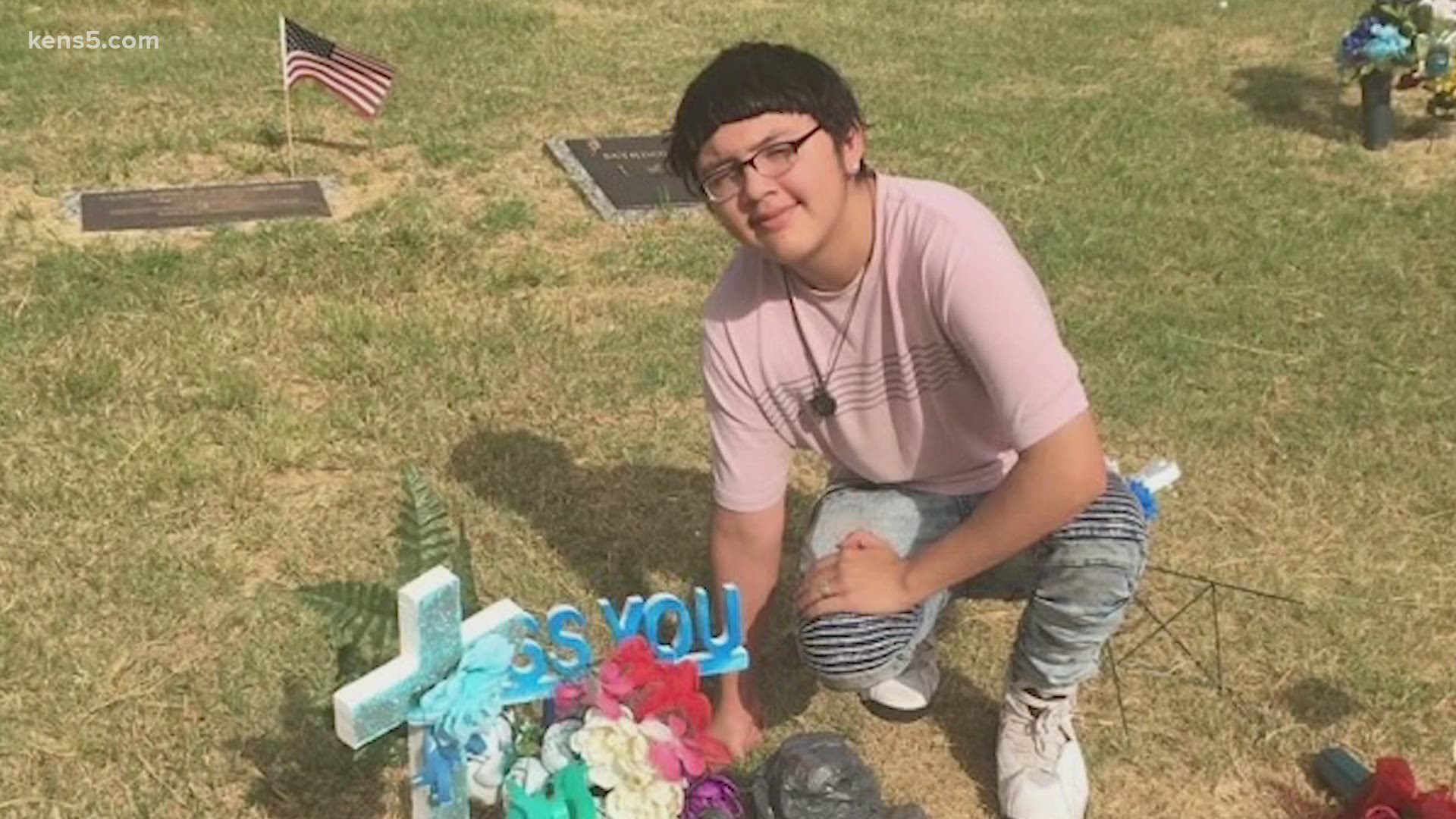 SAN ANTONIO — One bullet. One life. An innocent high schooler was shot and killed by a stray bullet while playing a video game.

This happened at the Gates of Capernum Apartments, at 8600 Waters Edge Drive. The teen's family is speaking about the tragedy including Belinda and Robert Guzman, and his father Epi Rosas.

"All can say is that I love him, and I am going to miss him deeply, "Belinda said. "He was such a sweetheart."

A stray bullet went through a wall and killed 15-year-old Jaden Rosas.

The family tells KENS 5 the teen was inside playing a video game when shots were fired.

We heard like all the gunshots," Belinda said. "My husband threw me to the ground, because we were on the bed."

The family said an 11-year-old cousin witnessed Jaden get hit. The teen's aunt tried to save him.

According to the San Antonio Police Department, a fight broke out inside an apartment between several people and carried into the parking lot – leading up to the shooting. Officers responded around 3 a.m. When they arrived, they found two people had been shot, including Jaden. They received multiple calls for help from people at the apartment complex.

"He was just a wonderful kid," Belinda said. "He had no fault in this."

His father Epi Rosas said he spoke to his son just several hours earlier. He said Jaden was here in San Antonio for the summer. He had just visited his mother's grave. She recently died of cancer.

"I am just trying to process this," he said. "It is very hard for me. Now, in my heart I know that my son will never come home."

He said the last thing he told his son was: 'I love you.'

"Every and dad just take care of your children," he said. "And always tell them you love them because one day you won't have a chance to tell them anymore."

A man in his 40s was also shot, who detectives believe was involved in the disturbance. He was taken to the hospital in stable condition. Police do believe there was more than one suspect involved, but they do not have a description yet.

The family is seeking donations for Jaden's funeral.