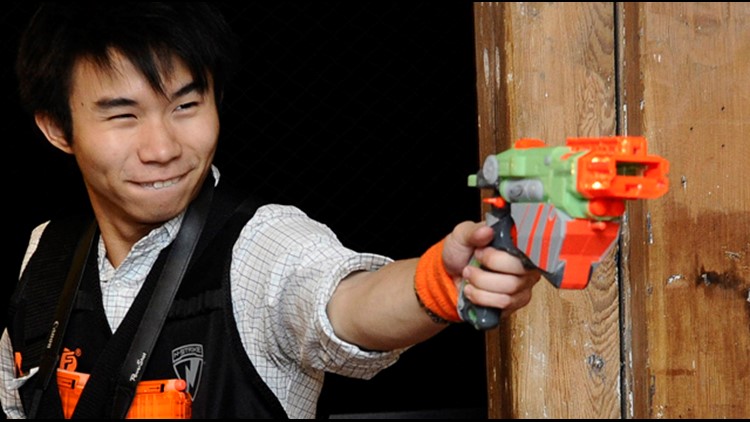 SAN ANTONIO — The bullets may be foam and the guns brightly-colored, but your shooting skills will still be put to the test when the Epic Nerf Battle returns to Dallas this spring.

Set for March 21, Jared's Epic Nerf Battle, otherwise known as the record-holder for the largest Nerf event in the world, will return to the turf of AT&T Stadium in Arlington for the fifth straight year, pitting Texans' Nerf gun-shooting prowess against one another. The event is a Guinness World Record holder for "largest toy pistol fight," having made that bit of history in 2016.

The event will allow attendees of all ages to battle it out on the same turf where the Cowboys play, while also providing families with the opportunity to roam the stadium. NERF celebrities and engineering team members will also be on hand to meet with participants.

Tickets range in price from $16 to $32, depending on how early you nab yours; more info on prices and what exactly is included with admission can be found here. Children 2 years of age and younger will be allowed in for free, and remember: You must bring your own Nerf gun and ammo to participate, and it must be unmodified.